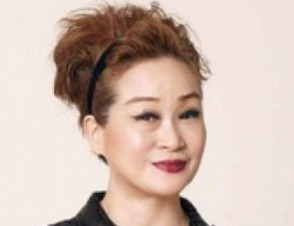 Miky Lee is a successful American South Korean businesswoman who is probably best known for her role as the executive producer of the movie ‘Parasite’. Prior to the success of this film, she has been involved in the film industry where she has worked on several notable films. But it was this masterpiece that shot her to the limelight and further expanded her status as a highly skilled film producer who likes to get involved in the entertainment industry when she’s not managing her other businesses. This article contains highly sought-after information and quality facts about Miky Lee. Read more to know who she is, what she stands for, how much she earns and how she has managed to become so successful as a woman in a male-dominated industry. Let’s go!

Miky Lee carries the responsibility of overseeing the management and strategic direction of the entertainment and media department of Cheil Jedang Group. She has played the vital role of executive producer for many top films including ‘Parasite’, ‘Arctic Dogs’, ‘Lady Vengeance’, ‘The Host’, ‘Armor Hero Captor King’, ‘A Wedding Invitation’, ‘The Handmaiden’, ‘Bounty Hunters’, ‘Dragon Wars: D-War’, ‘The Chaser’, ‘Princess Strawberry Rabbit’, ‘The Last Stand’, ‘The Thieves’, ‘Masquerade’, ‘Take Point’, ‘The Young Messiah’, and more. She also served as the executive producer of the 2020 TV series ‘Snowpiercer’.

Prior to joining Cheil Jedang, this ambitious and goal-driven woman served as the director of Samsung America, taking control of its cultural and educational projects. She built the Parsons School of Design in Seoul in Korea and oversaw the creation of a branch of the Arts Center College of Design for Samsung.

In 2011 she got mainstream attention following her winning of the CinemaCon Award for Global Achievement in Exhibition. She has been broadly recognized for her global vision and for heading the largest entertainment group in Korea. In 1997, she was selected by the World Economic Forum as a member of the Global Leader for Tomorrow Community. At the Women’s World Awards in 2006, Lee made history as she became the first Asian woman to emerge winner of the World Business Award. She was one of the individuals that were selected by Variety in its Women’s Impact Report 2006 as a leading executive in the film industry. In 2007, Lee was honored by the Korean Management Association with the CEO of the Year Award in recognition of her success in managing one of the biggest and most advanced companies in Korea.

Her most popular film till date, “Parasite”, won her an Oscar Award under the category of Best Picture, and further stretched her fame and expanded her list of achievements.

Miky Lee is the grandchild of B.C. Lee, the man who founded both Cheil Jedang and the Samsung Group.

She has divorced her husband Kim Seok-ki, and has no children. Miky Lee holds dual South Korean and American citizenship.

Lee is an American South Korean business mogul who has amassed a net worth of $500 million. She resides in Orange County, California, and has a huge compound in Beverly Hills. At around the same time she made a $300 million investment in DreamWorks, she started the construction of an enormous complex in Beverly Hills. The estate which is more than eight-acre large is known as Futureland. It was modeled after Everland, South Korea’s largest theme park which is owned by Samsung. The property has parking for around 100 cars, golf putting greens, and extensive views of the Coldwater and Benedict canyons, San Fernando Valley, and the Pacific Ocean.