Russian tycoon and politician, Mikhail Prokhorov, is best known for instituting ‘Onexim’, Russia’s biggest private commercial bank, and for being the owner of the Brooklyn Nets basketball team of the NBA. His ingenious spirit and flashes of risk-taking streaks were clearly observable right from the time when he registered at Moscow Financial Institute. He did odd jobs as an undergraduate, including producing and selling acid-washed jeans, and acknowledged earning more money than a highly qualified engineer. Prokhorov joined the International Bank for Economic Cooperation as a management trainee as soon as he graduated from college. After a few years, he teamed up with Vladimir Potanin and founded the Onexim Bank. Potanin was the first deputy-Prime Minister of Russia, under the regime of Boris Yeltsin. His bank provided loans to the cash-strapped Russian government to make up for stakes in the public companies that owned Russia’s surplus natural resources. He is credited with privatizing the Russian palladium and nickel mining and smelting company, Norilsk Nickel, and turning it into the world’s largest nickel and palladium producer. Later on, he traded his shares in Norilsk for $5 billion in cash plus a controlling stake in Rusal—the largest aluminum producer in the world. He caught the eyes of the media and the public as well in 2012 when he contested against Vladimir Putin as an independent candidate in the Russian presidential election.

Mikhail Dmitrievitch Prokhorov was born in Moscow, Russia on 3 May 1965. He is the son of Dmitri and Tamara Prokhorov. His father, Dmitri, was an attorney who led the ‘Soviet Committee of Culture and Sport’ while his mother, Tamara, worked as a materials engineer at the Chemical Materials Institute. He has one elder sister named Irina. Despite coming from a wealthy kulak family, Mikhail’s father, Dmitri Prokhorov, had an impoverished childhood as his parents were persecuted as enemies under the reigns of Bolsheviks and Stalin. Mikhail lost his parents in his youth when both husband and wife succumbed to heart disease during their late 50s.

Mikhail was extraordinarily passionate about working hard and establishing himself—a quality that had been inculcated in him by his parents. He had developed a strong attraction for sports in his early years as well and joined the Soviet Youth organization, Komsomol, as a member when he was still in his teens. In 1983, as an 18-year old, he was drafted into the army and worked for the elite missile corps for just over two years following which he joined the Communist Party of the Soviet Union.

His inventive spirit led him to enroll at Moscow Financial Institute. While still studying, he resided in his parents’ house along with his elder sister and her daughter. He wrapped up his studies in 1989 and immediately landed a management level position at the International Bank for Economic Cooperation where he remained for three years, gathering useful experiences that prepared him for bigger tasks ahead.

Mikhail Prokhorov is best known for instituting ‘Onexim’, Russia’s biggest private commercial bank, and for being the owner of the Brooklyn Nets basketball team of the NBA. He is also recognized for his political forays and other important endeavors. 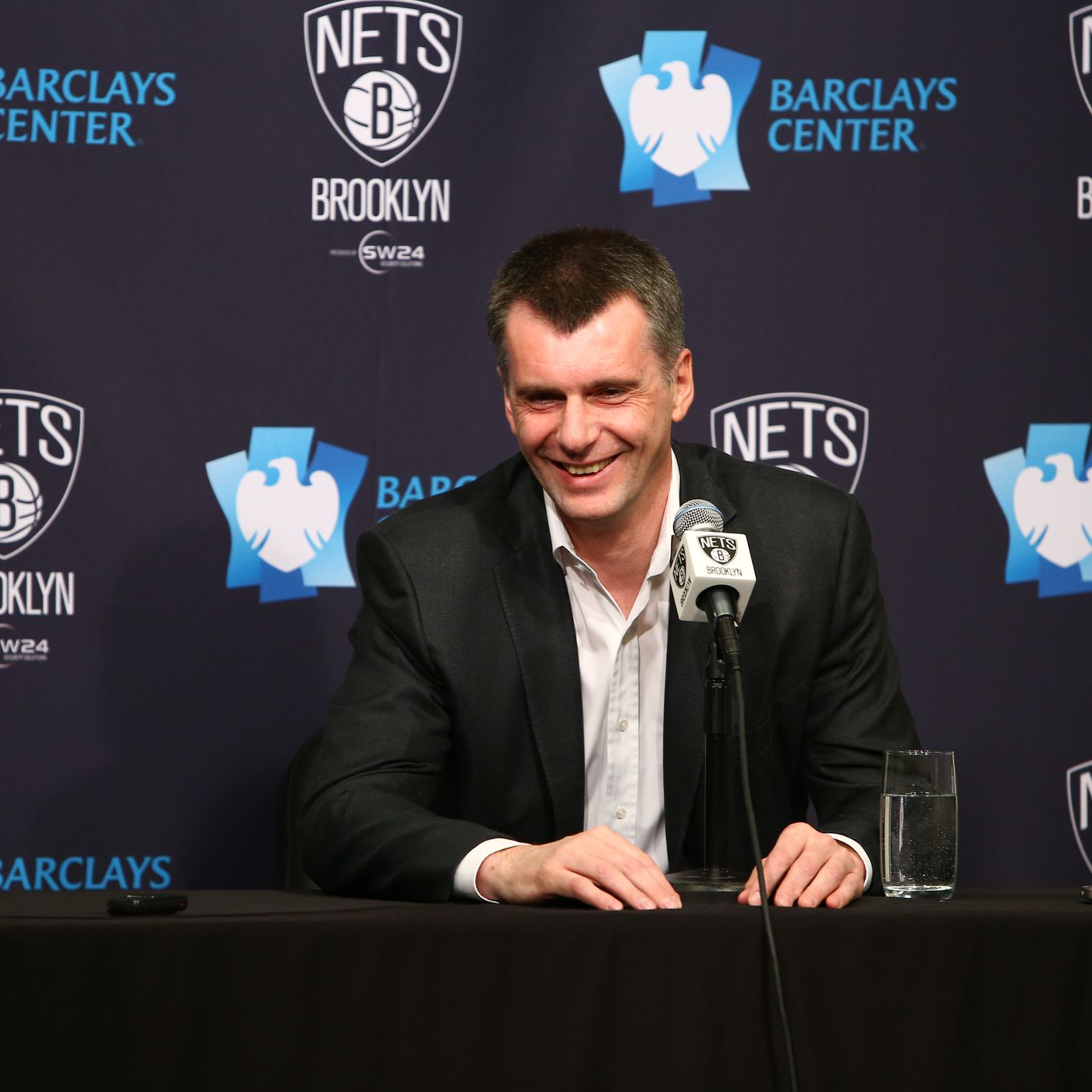 A few years after graduating from Moscow Financial Institute, Mikhail combined with Vladimir Potanin to startup the Onexim Bank. Potanin was the first deputy-Prime Minister of Russia, under the regime of Boris Yeltsin. Their relationship proved to be very momentous later on as their business partnerships empowered both of them to become moneybags.

In 1992, he work together with Vladimir Potanin to establish ‘Interros’, an assets company that they converted into a conglomerate owning stakes in many infrastructural sectors. The two men, later on, became joint stockholders at MFK Bank with Mikhail serving as the chairman of the corporation’s board. They used their assets company Interros as an investment trust to acquire a 25% stake in Norilsk Nickel—one of the biggest nickel and palladium mining and extraction corporations in the world. The two men were later facilitated by certain economic issues to acquire a big stake in Norilsk Nickel at a giveaway price. Owning a generous chunk of Norilsk shares, Mikhail and Potanin became de facto owners of the company.

Mikhail first tasted financial success during his time in the position of chairman of the Board at the International Finance Company (MFK Bank) from 1992 to 1993. The bank became a reservoir institution for the government and procured Soviet assets worth between $300 to $400 million. In 1993, he became the Chair of the Board for Potanin’s Onexim Bank. Together with Potanin, he secured treasury bonds and loans on behalf of and for the Soviet regime and also handled bankrupt firms which eventually enabled them to accumulate billions quite effortlessly.

After Onexim Bank gained control of Norilsk Nickel, Mikhail Prokhorov proceeded to streamline the mining firm’s operations by selling its non-mining acquisitions. He also took courageous steps to curb pollution by investing in pollution control technology as the company’s emission of sulfur dioxide surpassed that of all the manufacturing plants of France put together. As Norilsk Nickel became a profit-generating enterprise under Prokhorov’s leadership, he channelized bulk of the proceeds—a massive $8.5 million—into establishing Polyus Gold, the country’s largest gold producer as a spinoff from Norilsk. He stepped down as Norilsk’s chief executive officer in 2007 as he was planning on acquiring a power supply company.

Years after working together and experiencing success as a team, Mikhail and Potanin decided to call off their partnership in Interros due to the former’s scandalous arrangement of sex workers for wealthy customers in a French alpine resort. In 2007, after splitting up Interros, Mikhail set up the private investment endowment called ONEXIM. The investment fund had a total corpus of US$17 billion, the bulk of which came from the profits following the carving up of Norilsk Nickel’s holding company, Interros. The following year, Mikhail invested his Norilsk’s stake in another Russian mining giant United Company Rusal. This business was owned by compatriot tycoon Oleg Deripaska. In return, he received about 14 percent of Rusal’s stock, $5 billion cash, and $2 billion in debt obligations.

Notable amongst Mikhail’s high-profile investments during the worldwide financial crisis that was ignited after stock markets crashed disastrously due to an unforeseen dip in oil prices, was the acquisition of 50 percent of Renaissance Capital, an investment bank headquartered in Moscow, for $500 million. He also acquired a substantial stake in Russia’s leading financial news portal-RBC.

In 2009, Mikhail Prokhorov bided to become the major shareholder of the NBA franchise New Jersey Nets. In 2010, the NBA gave a nod to his offer and he became the first non-American team owner in the NBA.

Mikhail Prokhorov joined the Russian political party ‘Right Cause’ in May 2011. In September 2011, however, he resigned from the party. Three months later, he announced his resolution to contest against Vladimir Putin as an independent candidate in the 2012 presidential election. He lost the election, gaining only 7.94% of the vote.

The Russian business magnate and politician, Mikhail Prokhorov, is well-known and hailed for his numerous accomplishments both as a businessman, investor, and founder of multiple ventures.

In August 2006, he was honored by the Russian government with the “Order of Friendship” for his contributions to the growth of the country’s economic potential, after President Vladimir Putin signed the order for the issuing of state honors on 18 August 2006.

In March 2011, France’s ambassador to Moscow, Jean de Gliniasty, bestowed the French Legion of Honor to Mikhail for his efforts as a businessman and entrepreneur.

A self-established billionaire with a respectable social stature, Mikhail Prokhorov is one of the richest individuals in the world, as well as one of the most fit bachelors. He has never been married in his lifetime. There is nothing in the public eyes regarding his wife, girlfriends, partners, or even children.

He is a jet-skiing, kickboxing, and snow[skiing enthusiast. He plays the guitar in his free time, manages his own website, and actively heads the Russian Biathlon Federation.

Mikhail Prokhorov was detained on the allegation of sending prostitutes to his elite customers’ rooms in a French alpine resort during a Christmas festivity in January 2007. He was set free after three days and all charges against him were dropped in 2009. Following his indictment, the relationship between himself and his long-term business partner and friend, Vladimir Potanin went sour, and not even their business partnerships would survive Potanin’s decision to cut all ties with Mikhail.

Mikhail Prokhorov is a successful Russian oligarch and politician, who is well-known as the founder of multiple income-generating businesses in Russia. He is also the current owner of the NBA franchise Brooklyn Nets.

This businessman made his wealth the new-fashioned Russian way, “purchasing” the formerly state-owned mining company Norilsk Nickel and turning the firm into a huge global energy conglomerate. He also added to his wealth through his position as founder and former chairman of Polyus Gold, the number one gold producer in Russia. He also worked in the financial sector before becoming one of the top industrialists in his country.

Mikhail Prokhorov’s net worth is currently estimated at $8 billion. He is considered to be one of the world’s most eligible bachelor’s due to his unmarried status. Unarguably, he is also one of the richest people in Russia, as well as in the whole world at large.