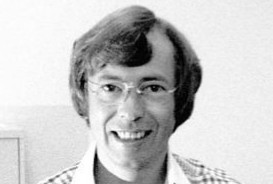 Mike Markkula is an American businessman, investor, and electrical engineer. He was the second chief executive officer of Apple Computer, Inc., providing significant early funding and administrative support. He was introduced to Apple founders Steve Wozniak and Steve Jobs when they were in search of funding to produce the Apple II personal computer that they had developed, after having sold units of the first version of the computer, known as the Apple I. With his funding and guidance, Apple stopped being a partnership and was integrated as a company.

Jeffrey Nordling portrayed him in the TNT movie ‘Pirates of Silicon Valley’ in 1999. Dermot Mulroney also portrayed him ‘Jobs’ in 2013.

Armas Clifford  Markkula Jr. was born on February 11, 1942. His great-grandfather, Isak Markkula, was born in Finland, and moved to the United States with his wife in either 1865 or 1883, according to several sources. Mike Markkula’s last name Markkula and first name Armas are traditional Finnish names. His name Armas means “beloved” or “dear” in the Finnish language.

For his education, he attended the University of Southern California, earning both his Bachelor of Science and Master of Science degrees in electrical engineering.

Working as a marketing manager for Intel and Fairchild Semiconductor, Mike was able to amass millions on the stock options he acquired, retiring at age 32. He was however lured out of retirement by Apple co-founder Steve Jobs who was introduced to him by venture capitalist Don Valentine and Regis McKenna. Valentine who after meeting a young and unkempt Jobs had no interest in funding Apple, but mentioned the company to Mike Markkula. In a visit to Markkula, Jobs convinced him of the market for personal computers, especially for the the Apple II.

In 1977, Markkula brought his business acumen along with $250,000 and became employee number 3 of Apple, and a one-third owner of the company. Steve Wozniak, co-founder of Apple who designed Apple’s first two computers, credits Mike Markkula for the success of of the company more than himself.

Markkula helped the new company obtain venture capital and credit. He brought in Michael Sc firstott as the president and chief executive officer and later took the job himself from 1981 to 1983. He served as chairman from 1985 to 1997. Under his reign in this position, he approved Jef Raskin’s plan in 1979 to start designing what would later become the Macintosh, and then prevented Steve Jobs from killing the plan in favor of his own Lisa.

In addition to providing adult supervision to the younger Wozniak and Jobs, as a trained electrical engineer Mike also possessed technical skills. He wrote many early Apple II programs and served as a beta tester for Apple software and hardware. He retired from Apple in1996.

After he retired from Apple, Mike Markkula went on to work at Rana Creek Habitat Restoration, Echelon Corporation, San Jose Jet Center, and ACM Aviation. He chaired the board at Santa Clara University, and was also a member of the board of trustees of the University from 2003 to 2009.

Markkula is an investor in LiveCode, Ltd, a company based in Scotland. He was also an investor in Crowd Technologies, a startup creating a web application named “Piqqem” that applies the knowledge of crowds to stock market predictions.

A renowned American entrepreneur and accomplished business tycoon, Mike Markkula is most famous for being an angel investor and the second chief executive officer of Apple Computer, Inc. He is credited with providing the funds that allowed Apple founders Steve Jobs and Steve Wozniak incorporate into a big company and mass produce the Apple II computer. Today Apple is a $1 trillion worth company and it is by this man’s guidance and financial assistance that the company has been able to make it big as one of the largest software and hardware companies in the world.

Mike Markkula net worth is more than $1.2 billion. He was the longest serving board member in history of the company having served for twenty years between 1977 and 1997. Asides working with Apple and dedicating a huge part of his life and resources to the company, he also invested in additional companies, most notably Livecode and Crowd Technologies.

He is married to his lovely wife Linda, with whom he makes a lot of philanthropic donations. Over the years, the husband and wife has given millions of dollars towards acts of charity. The Santa Clara University is one of their many benefactors. The institution is now houses the Markkula Center for Applied Ethics. The couple are also proud owners of a sprawling 14,000 square-foot ranch named Rana Creek Ranch in Carmel Valley, California. The $60 million worth property has a main house and several guest houses, and features a working cattle ranch, riding arena, private lake, helipad and 3,000-foot landing strip.