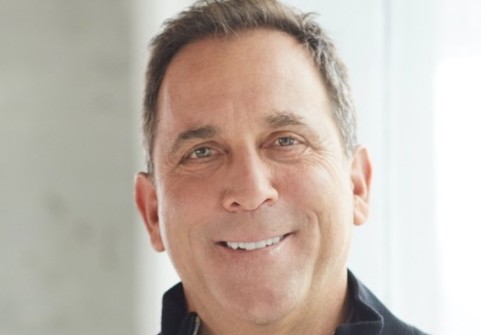 Michael Meldman is an American businessman who has earned an impressive fortune. He is best known for being the founder and chief executive officer of the golf club development firm ‘Discovery Land Company’. Based in Scottsdale, Arizona, in the United States, Meldman established the Discovery Land Company in 1994, and his business still runs till date. He has earned his wealth from his business following the tremendous success it has received. Here’s everything you need to know about Michael Meldman’s biography, profession, business, and earnings from his line of work.

Michael Meldman was born in Milwaukee, Wisconsin, United States into a middle-class family. He was raised in his hometown alongside his siblings, and was catered for until he reached adulthood and set out to start a career for himself.

Mike is best known for being the owner and chief executive officer of Discovery Land Company which he founded in 1994 in Montana and Arizona. He is also an associate in George Clooney’s Casamigos tequila His Discovery Land Company has since gone on to have more than twenty properties in multiple states in the country, as well as in Los Cabos, the Bahamas. The company’s properties cater to chief executive officers, presidents, and athletes. In order to be part of one of their resorts as a member, one must purchase land on the property and will have a home built. Their resorts include bars, golf courses, restaurants, and more.

He worked in Lake Tahoe as a blackjack dealer, and started his career as broker leasing properties and selling land. Today, Michael Meldman has made a huge fortune peddling fun. His wealth started to increase with the success of his founded Discovery Land Company. The company boasts of more than twenty private resorts in special vacation destinations. Sales at its properties exceeded $1 billion in 2020, according to the company. With houses ranging from $1 million to $50 million, he describes the resorts as little luxury frat houses for families. Here he entertains for both pleasure and business.

Discovery Land Company is a developer and operator of clubs and private residential communities in North America. Based in Scottsdale, Arizona, the company has been cited as one of the best developers and operators of resort communities by Luxury Living and Robb Report Vacation Homes magazines. In 2010, Discovery Land Company recorded more than $600 million in sales. In 2015, it recorded more than $1 billion in sales.

The company was founded by Michael S. Meldman in 1994 with the launching of The Estancia Club in Scottsdale, Arizona, and the opening of  the Iron Horse project in Whitefish, Montana . The company currently has more than twenty properties in Hawaii, Idaho, Montana, Nevada, Texas, Tennessee, California, Arizona, New York, and North Carolina in the United States, Great Guana Cay in the Bahamas, and Los Cabos in Mexico.

Mike Meldman is a father of two. He is currently divorced. It has been reported that he enjoys fishing, golfing, and spa treatments in appealing and exclusive destinations in Mexico and in the United States. He maintains about 14 or 15 houses — at least one in each of the twelve residential clubs he has developed, including The Madison Club in La Quinta and The Hideaway.

He is also well known for his expensive taste and lavish kind of life. According to an article in a golf magazine, this entrepreneur’s preferred car is a Bentley GT Continental, and his much loved executive jet is a Dassault Falcon 2000. Mike likes the BMW X5 and his preferred wristwatch is the Rolex Submariner. He has revealed that Angelina Jolie is his favorite actress, and that the Tikka T3 30-06 is his hunting rifle of choice.

A noted American businessman and entrepreneur, Michael Meldman net worth is approximately $500 million. He is famous as the founder, owner, and chief executive officer of the golf club development firm ‘Discovery Land Company’. He is known for living lavish; owns several costly cars, a private jet, and six personal homes in Arizona, the Bahamas, Los Angeles, Idaho, Montana, and Los Cabos, Mexico.

Mike is also deeply involved in philanthropy, particularly through his Discovery Land Company Foundation which primarily supports children in foster care and shelters. His foundation has served its purpose for many years, donating to several trusted charities giving the best mentors and programs to assist youth.