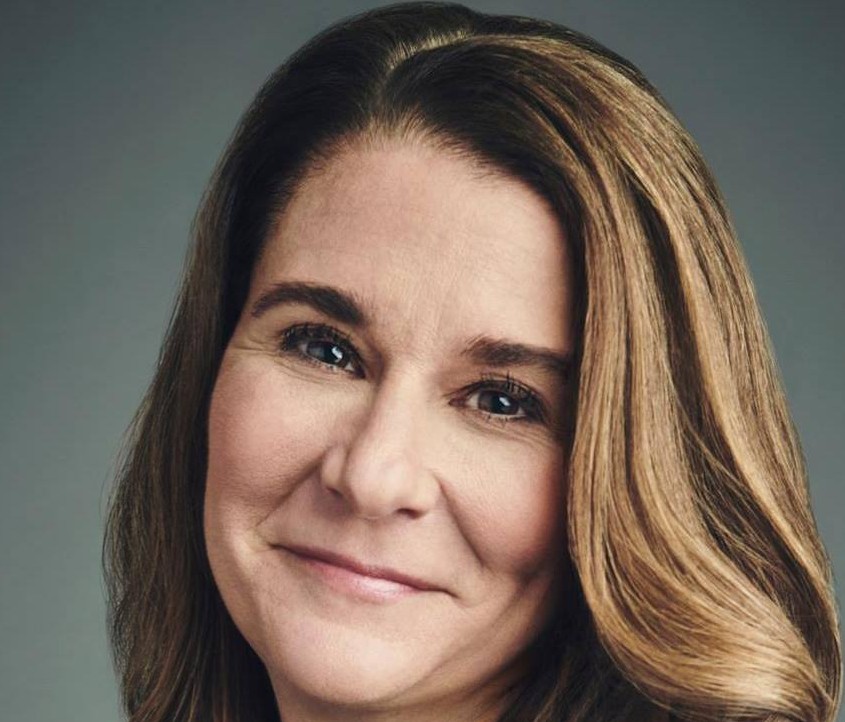 Melinda Gates is a renowned American philanthropist and former general manager at Microsoft. Together with her husband Bill Gates, she founded the Bill & Melinda Gates Foundation in 2000. Their organization is the largest private charitable organization in the world as of 2015. She has consistently been ranked by Forbes and several media outlets as one of the most powerful women in the world. Melinda Gates net worth, biography, career life and source of wealth has always been a subject of interest to many, especially those who are marveled by the humanitarian’s different levels of contribution to charity causes across the world. This article contains information on all that and even more, so if you’re ready, let’s go!

Melinda Ann French was born in Dallas, Texas, United States on August 15, 1964. She is the second of the four children of Raymond Joseph French Jr. and Elaine Agnes Amerland. Her father was an aerospace engineer while her mother was a homemaker. Born into a catholic family, Melinda attended Saint Monica Catholic School, where often came up top of her class. At age 14, her father introduced her to the Apple II, and this later inspired her to find computer games and BASIC programming language interesting. In 1982, Melinda graduated from Ursuline Academy of Dallas. She attended Duke University where she graduated from with a bachelor’s degree in computer science & economics. She also attended Duke’s Fuqua School of Business, earning an MBA in 1987. 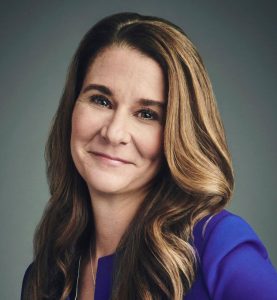 After her graduation, Melinda found employment at Microsoft where she started working as a product manager. She contributed to the creation and development of many products like Microsoft Bob, Expedia, and many more. While working in the enterprise, she got connected to the company’s owner and founder Bill Gates, and the two fell in love. Along the line of her spell at the company, she married Bill and had to leave the job in order to concentrate on the family.

Together with her husband Bill Gates, she founded the Bill & Melinda Gates Foundation in 2000. Their organization is the largest private charitable organization in the world as of 2015. Their foundation has done a lot of good and has worked towards the betterment of the lives of millions of people around the world. They invest in increasing education, poverty reduction, and also health improvement. The Bill & Melinda Gates Foundation is where Melinda Gates focuses on the most as a leading philanthropist. They have worked well in the field of women empowerment and has fought to provide learning opportunities to female children in developing countries. Her philanthropy has also attracted donors, and their foundation is currently known to be the wealthiest organization in the world as per worth.

Melinda Gates is considered one of the most powerful and influential women alive. She has been honored multiple times for her outstanding works of charity as the Co-Chair and Founder, Bill & Melinda Gates Foundation. She has been awarded the Padma Bhushan by the government of India. Additionally, she received the Presidential Medal of Freedom from the United States government in the year 2016, and the Bambi Millennium Award in 2013, and many more notable recognitions and accolades from various countries. Melinda and her husband have also been honored with honorary degrees from Cambridge University. Her humanitarian efforts have put her on the map and in the minds of millions across the globe who have benefited from her acts of charity

While working with Microsoft, Melinda and Bill Gates met at a computer trade show in Manhattan in the year 1987. The couple dated for six years and finally got married in a private ceremony held at Hawaii in 1994.

Once their first daughter was born in 1996, Melinda left her job so she could devote more time to catering for the family. In total, the couple have three children, a son and two daughter, with whom they reside in their mansion on the shore of Lake Washington near Seattle.

From being a reserved person who only had time for her job at Microsoft, Melinda gates retired from her position and soon took on the role of a philanthropist who dedicates her time to various charity causes. She has a warm spot for women and children in developing countries who are in need of help, and has been leading the cause of better education, healthcare, and work opportunities in many countries of the world. She and her husband Bill have pledged to give their own children the best form of education that will enable them become independent. However, they do not support the idea of giving them excess money which will defeat the idea of them working to earn their own mark.

Melinda is famous as a philanthropist and also as the wife of one of the wealthiest men in the world, Bill Gates. The couple has been ranked second place on the list of the richest couples on earth. Majority of their humongous wealth has been earned from the Microsoft Company which was founded and is owned by Bill Gates. They give so much to the society through their Bill & Melinda Gates Foundation that was established to help the needy across the world.

Melinda Gates net worth is $70 billion as of today. She is a woman with a heart of gold, and has been able to support her husband almost all through his own career. The Gates family’s primary residence is an earth-sheltered home in Medina, Washington. In 2009, property taxes on their home were reported to be slightly over $1 million on a total assessed worth of $147.5 million. The impressive rambling oasis boasts of a 2,500 square foot gym, a private library, a 60-foot swimming pool, and heated floors and driveways.