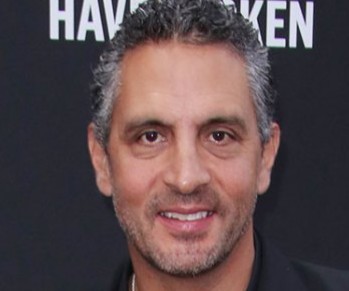 Mauricio Umansky is the chief executive officer of the successful real estate firm The Agency. He is a Mexican reality television personality and real estate developer who is probably best-known for being the husband of American TV star Kyle Richard who features on the “Real Housewives of Beverly Hills”. In his own right, Mauricio is an accomplished figure with a remarkably successful record in the real estate industry. According to reports, Umansky sells over $150 million worth of property in a year, and this number excludes referrals and other fees for his network of agents. An accomplished millionaire, here’s Mauricio Umansky net worth details and facts surrounding his business and how he makes his money while being able to maintain a healthy relationship with his wife and children.

Mauricio Umansky was born in Mexico on June 25 1970. He is the son of a renowned TV and radio personality in Mexico known as Estella Sneider. Among other things, Estella is an author, sex therapist, and psychologist.

He had it tough growing up as he faced many difficulties during his early childhood. He was diagnosed with neutropenia, a condition which involves an abnormally low count of white blood cells. As a result of this, he spent most of his time as a child visiting hospitals, and there was very little form of happiness in his life.

At the age of six, his parents moved to the United States along with him and his younger sister who was five at that time. Although he initially attempted his higher studies at the University of Southern California, he dropped out midway in order to focus on his entrepreneurial career.

Umansky began his career as a young businessman and recorded success with his clothing line, which he eventually sold when he was age 26, realizing a substantial profit. With the money he made from selling his clothing line, combined with other minor funds he was able to secure, Umansky moved into the real estate world and joined a firm called Hilton & Hyland. This real estate firm was established by his brother-in-law. 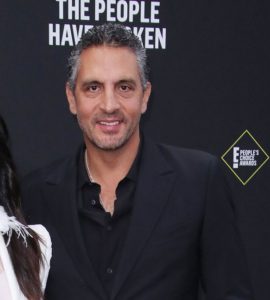 Mauricio started his real estate adventure strong, and his first ever sale was a $7.5-million property that formerly belonged to his wife’s ex-husband. By the year 2011, he went on his way to establish his own firm called The Agency, which he is its chief executive officer today. His real estate firm deals with luxury properties located in high-class neighborhoods like Brentwood, Beverly Hills, Holmby Hills, and Malibu. According to the firm’s website, Mauricio has property worth $350 million under inventory, including a house that is planned for sale at $68.5 million. His real estate firm, The Agency represents sellers, buyers, and renters of very luxurious homes and apartments. The company claims to have more than 37 offices around the world, and has employed more than 650 agents.

Mauricio Umansky often works with notable celebrities through his real estate business. He has supervised deals connected with the Disney Estate, Playboy Mansion, and properties belonging to rockstar celebrities. In addition, he assisted in finalizing a deal which involved the first-ever Los Angeles property to sell for over $100 million. He is considered by many to be among the top real estate agents in the whole of America, and he consistently takes high positions in official real estate agent rankings. Since launching the his company, The Agency has sold over $1.5 billion worth of property, and he reportedly sells over $150 million worth of property in a year.

Mauricio Umansky is husband to Kyle Richards, star on “The Real Housewives of Beverly Hills”. They have been together in love and unity since they tied the knot in 1996, and their marriage has produced three daughters Alexia, Portia, and Sophia. He also has a step-daughter named Farrah. All four children have appeared on the reality television show “The Real Housewives” having elaborated birthday parties. He is the brother-in-law of Rick Hilton, Kim Richards, and Kathy Hilton. His wife is Paris and Nicky Hilton’s aunt.

His own mother is an author, psychologist, sex therapist, and radio and television personality who has appeared on the series “The Real Housewives of Beverly Hills.” Aside from the regular rich guy activities like tennis and golf, Mauricio is an enthusiastic helicopter skier.

This successful Mexican real estate developer and television personality currently has a net worth of $100 million. Although he is most famous for his wife’s status in the media, he has had an incredible career which he is definitely proud of today. He is the founder and chief executive officer of the booming real estate company The Agency, which has sold over $1.5 billion worth of property since its establishment. Along with his wife, Mau owns a nice house in La Quinta, California which they paid more than $2 million for in 2014. The couple are the owners of a $8.2 million home located in Encino, California.