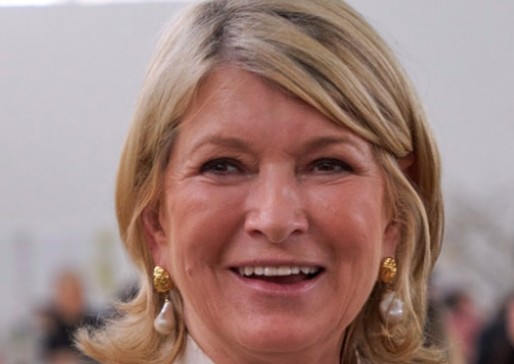 Martha Stewart is a successful entrepreneur and TV personality who has made a fortune from a series of businesses which includes home products, television and magazines. At the peak of her career, she was established as the first female American self-made billionaire ever. Unfortunately over time, she became a subject of numerous controversies and encountered problems which threatened her businesses and even led to her arrest and imprisonment. More details on Martha Stewart biography, career highlights and financial data are contained in this article.

Martha Helen Stewart is the second of 6 children born to Martha and Edward Ruszkowski Kostyra. She was born on August 3, 1941 in Jersey City, New Jersey, United States. Her family moved to Nutley in New Jersey when she was just over two years old. She learned about gardening from her father, and sewing and cooking from her mother. She later developed these skills and learned new processes like preserving and canning during visits to her grandparents in Buffalo, New York.

She attended and graduated from Nutley High School, and joined Barnard College of Columbia University for the completion of her studies. Even as a teenager, she did a number of jobs such as working as a model and appeared in TV adverts for Tareyton and Unilever. She modeled during college as well and worked with clients such as Chanel. She met Andrew Stewart while in college. He was a Yale Law School student. The duo bonded perfectly and got married in July 1961.

Martha graduated from Columbia in 1962 with majors in History and Architectural History.

In 1967, Martha Stewart took up her father-in-law’s profession when she started working as a stockbroker. She moved to Westport in Connecticut with her husband Andrew Stewart, where they purchased and refurbished an old farmhouse. She then embarked on a wide range of jobs and projects, including her catering business and managing a gourmet food store.

On June 4, 2003, Martha Stewart was indicted by the government, including counts such as obstruction of justice and securities fraud. Subsequently, she resigned from her position as chief executive officer and chairwoman of Martha Stewart Living Omnimedia. She was found guilty of felony charges of conspiracy, making false statements to federal investigators, and obstruction of an agency proceeding in March 2004. That year, she served five months in prison and had a 2-year period of supervised release. She was also fined $30,000.

Following her release in March 2005, Martha Stewart came back even stronger and continued on her path of success. She started the television show “The Martha Stewart Show,” which aired for five seasons from 2005 to 2010. The show enjoyed tremendous success and received 6 Daytime Emmy Award nominations in 2006. In 2010, the show moved to Hallmark Channel where it aired for an additional two years under the title “Martha”. She also released a number of books which sold greatly, including her 2005 book “Martha Stewart Baking Handbook” and the 2006 book “Martha Stewart’s Homekeeping Handbook”.

Martha Stewart also launched a number of other business ventures, including a 24-hour satellite radio channel with Sirius, the Martha Stewart Vintage wine brand with E & J Gallo Winery, a line of carpet tiles with FLOR, Inc., and an upscale line of homewares for Macy’s department store, among several others.

While still in college, she got married to her boyfriend Andrew Stewart in 1961. Twenty nine years later, they divorced their marriage which had already produced one daughter named Alexis. She has reportedly had relationships with prominent men like Charles Simonyi and Anthony Hopkins.

Martha Stewart net worth of $400 million has been made from a business conglomerate which includes home products, television and magazines. She was established as the first female American self-made billionaire ever. Unfortunately over time, her businesses encountered hard times as she became a subject of controversies and also encountered problems which threatened her career and even led to her imprisonment.

This former billionaire owns many homes in the United States. It is widely speculated that her property portfolio alone is worth approximately $100 million. In 1997 she bought an expensive estate in Seal Harbor, Maine. In 2015 she bought the property next door for around $6 million. Martha owns a 152-acre estate in the town of Katonah in New York. She owns an oceanfront property in Easthampton, New York Martha which is expected to worth above $15 million. Some of her other properties include: a condo on Fifth Avenue in New York City,  and multiple units in a building on Perry Street in New York City’s West Village.