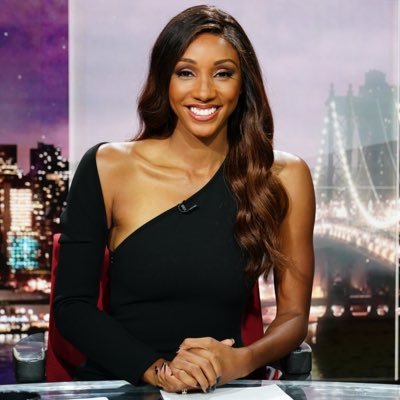 Sports and fitness enthusiast, Maria Taylor Hyatt is a host analyst on ESPN and loves Barack Obama. She is a recurring co-anchor of ESPN’s “Get Up!”, sideline reporter for ABC’s Saturday Night Football, and a co-host on ESPN’s College Gameday. In 2016, she joined analysts Paul Finebaum, Tim Tebow, and Marcus Spears as host of the SEC Network’s pregame show SEC Nation. Taylor was also selected to host ESPN’s NCAA Women’s Basketball competition selection show and as well as cover the Final Four and also report on Saturday Night Prime Men’s Basketball. In addition to her reporting and hosting duties, Taylor is an analyst on other ESPN and SEC telecasts of NCAA Volleyball.

Prior to 2016, Taylor served as a college football presenter on SEC Network Saturday Primetime shows and anchored the network’s nighttime news and information program SEC Now. In 2013, she worked as the sideline reporter on the Saturday night Primetime college football games for ESPN2. Taylor covered 2 successive BCS Orange Bowls. Additionally, she has worked as an analyst on the NCAA Women’s Basketball Tournament Preview program and also ESPN’s coverage of both the Women’s Volleyball National Championship and NCAA Women’s Basketball Tournament. Prior to 2012, Taylor was a host and reporter for IMG College at the University of Georgia for just over three years. She also appeared on a number of Comcast Sports South studio programs including the Dawg Report, SportsNite, and SEC Men’s Basketball Tonight.

An alumnus of the University of Georgia, Taylor participated in sports during her college days, playing volleyball and basketball for the Bulldogs. She made the All-SEC volleyball team thrice and was also a member of the United States A2 National Volleyball team. Maria is a native of Alpharetta in Georgia. She graduated from the University of Georgia in 2009 with a bachelor’s degree in broadcast news and later returned to the same university to pursue her Masters of Business Administration.

Maria Taylor Hyatt was born in Alpharetta, Georgia, the United States on May 12, 1987. She is the daughter of Steve Taylor and his wife Suzette.

Her interest in sports started during her childhood days when she would watch sports shows and get fascinated by athletes. After completing her secondary studies at  Centennial High School in 2005, she enrolled in the University of Georgia for a bachelor’s program and graduated after four years. While in college, Taylor was known to be very active in sports. She was a part of the school’s basketball and volleyball teams and was also in the Volleyball Junior National A2 team. Due to her wonderful performance in the sports as a teen, she received an athletic scholarship to study at the University of Georgia, where she continued playing basketball and volleyball from 2005-2009.

Taylor currently works as a college analyst and reporter. She joined the SEC Network in 2014 and is now in her seventh season working as a college football reporter alongside commentators Jesse Palmer and Brent Musburger. In addition to that, she is also an analyst on a number of other SEC telecasts, including women’s basketball and volleyball.

In 2013, Taylor worked as the sideline reporter on ESPN2’s Saturday night prime-time college football television program. That same year, she covered the Orange Bowl for the second consecutive year. That aside, she has served as an analyst on many other games and shows. Some of these include the Women’s Volleyball National Championship, the NCAA Women’s Basketball Tournament, NCAA Women’s Basketball Tournament Preview Show, and the NCAA Women’s Basketball Selection Show. For a couple of years leading to 2012, Taylor spent three years working as a host and reporter for IMG College at the University of Georgia. She also made frequent appearances on a good number of studio shows, some of which include Dawg Report, SportsNite, and SEC Men’s Basketball Tonight, among others.

The beautiful television personality has been married to Rodney Blackstock since May 2019. Blackstock works at Q4 Sports as the director of sports marketing. The couple met way back in 2014 during a sporting event involving the Charlotte Hornets. After a few weeks of knowing each other, they started a relationship which eventually led to an engagement and later a marriage. The couple has revealed that they would have gotten married in 2016 but decided to push the date further as they weren’t ready to be a husband and wife. So far so good, things are going on great for the couple!

Her career and family life aside, Maria has been actively involved in society and likes to get involved with happenings in her community. In 2015, she co-founded the non-profit organization The Winning Edge Leadership Academy, whose mission is to educate, provide networking opportunities, foster professional mentoring relationships, and enrichment scholarships for ethnic minorities and women seeking careers in the sports industry. Since 2015, the academy has helped not less than sixteen students work towards internship or job placement and provided mentoring as well as funding for professional enrichment trips.

According to multiple online reports, Maria Taylor’s net worth currently stands at $2 million. Her current job as an ESPN reporter and analyst enables her to earn a salary of around $69,000 per annum. While she may not have won any official rewards in her career, the future definitely looks good for this young and ambitious presenter whose achievements at her job are highly acknowledged and respected.