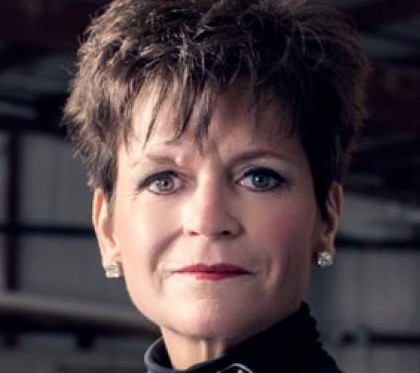 Maggie Hardy is a wealthy American businesswoman, and the owner of Nemacolin Woodlands and 84 Lumber Resort, both established by her father Joseph A. Hardy III. Following the retirement of her father, Maggie took over the management of both establishments and has now transformed the business into something that no one would have imagined before she took over. Her resilience and charismatic approach towards any business has been the driving factors that are responsible for her success as a business person. Here’s Maggie Hardy’s biography and career story, as well as her financial data and how she makes her riches.

Maggie Hardy Knox was born on 7 December 1965. She is the daughter of Joseph A. Hardy III, who founded both of the Lumber and Nemacolin Woodlands Resort. Maggie was born into the family of business minded people, so it was easy for her to pick up several useful traits from a young age.

The 84 Lumber Company is a building materials supply venture with a revenue of about $4 billion. Maggie Hardy currently occupies the position of president at the company. Nemacolin Woodlands Resort is situated in Farmington, Pennsylvania. It includes The Lodge at Nemacolin Woodland Resort.

As president of 84 Lumber, Maggie Hardy oversees the everyday operations of the company and its roughly 250 stores, custom door shops, component manufacturing plants, engineered wood product centers, and custom millwork shops nationwide. Her aggressive goals and energetic approach have been significant success factors in the operation and growth of 84 Lumber. After taking over the company from her father —founder Joe Hardy — in 1992, she refocused the company’s concentration on the professional market. Her decision and business tactics helped 84 Lumber top over a billion dollars in sales for the first time in the year 1993 and two billion dollars in 2002. Today, the company is the biggest privately held supplier of building materials in the United States and is also a licensed women’s business enterprise. 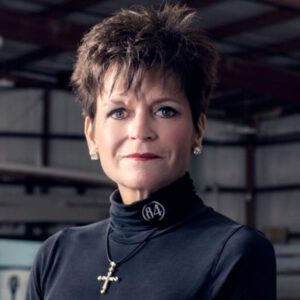 Maggie Hardy Knox strikes a subtle balance between maintaining the company’s customary approach to doing business and adjusting to meet ever-changing needs of their customers. Her real training started at a younger age when she went on countless business outings with her father. It wasn’t strange to find a 7-year-old Maggie with her dad at the lumberyard, a board meeting, or store grand opening. She and her father had a special bond that continues to this day. She assumed leadership position of the 84 Lumber company when she was 26 years old, an age when many people are just starting their careers. Even then, she was beaming with her business smarts and demonstrating her toughness. She maintains those qualities to this day and continues to uncover new ways to make the business an industry stand-out. In 2018, 84 Lumber reached sales of $3.86 billion, its second-highest annual revenue to date.

In 1992, Maggie Hardy married Peter J. Magerko. He was formerly a member of the Pennsylvania State Police and the Marine Corps. They have one son together. In September 2017, Maggie filed for divorce over reasons that were never made public. Two years after divorcing her first husband, she met Shawn Knox and they tied the knot on March 30, 2019 in Aspen, Colorado. They both live in Pittsburgh.

Maggie’s Super Bowl commercial in 2017 was laced with controversy and received negative reviews from the people. The commercial featured a wall separating a mother and child from freedom, following their visibly. According to a report by The Washington Times, Hardy is considered a staunch supporter of U.S. President Donald Trump and his projected border wall between the U.S. and Mexico.

In her personal time, Hardy enjoys traveling and outdoor activities, and also loves to spend her time with her husband Shawn and P.J. her son.

Best known for owning Nemacolin Woodlands Resort and 84 Lumber, Maggie Hardy net worth is currently $1.4 billion. Since taking over both companies from her father, Maggie has helped both businesses develop tremendously, and that’s one of the many reasons she has accumulated so much wealth in such a short timeframe. Leadership and growing her business is just one side of Maggie. Her family is the other side. From luxury to lumber, she is the President and current Owner of 84 Lumber Company, the leading privately held building materials supplier in the United States. The company also provides building supplies and manufactured components, as well as industry-leading services for residences and commercial buildings.

Maggie’s aggressive goals and ambitious nature has helped the 84 Lumber Company to stand out as a leader in the business. She helped the company reach an earning of $1 billion in sales in 1993 and $2 billion in 2004. A company valued at $2.86 billion as of 2016, Maggie Hardy has made several strategic moves for the 84 Lumber venture, piloting through tough and trying times to strengthen the position of the company as the leader in professional services.