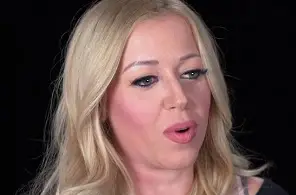 Lynsi Snyder is an American businesswoman and entrepreneur who own the popular fast food chain, ‘In-N-Out Burger Company’. She is the biological granddaughter of Harry and Esther Snyder, who founded the restaurant in 1948. Over the past decade, Lynsi has been getting stakes as set by her now late grandparents. Turning 35 was an important milestone for burger chain heiress, Lynsi, as she received her final share of inheritance, owning up to 97% of the restaurant, in that way making her a billionaire, with an enormous wealth. As per Bloomberg Billionaires Index, this young lady is the youngest female billionaire in America. Business aside, Lynsi Snyder is also involved in several charitable acts and supports organizations like In-N-Out Burger Foundation and the Healing Hearts & Nations as part of her philanthropist endeavors. Here are details of Lynsi Snyder biography and net worth. Find out how much she makes from running her business as one of the world’s youngest female billionaires.

Lynsi Snyder was born in Glendora, California, United States on 5 May 1982 to Harry Guy Snyder and Lynda Lou. When she was age 12, her parents separated and she was raised her mother. She has two half-sisters, Teri and Traci, from her mother’s other marriage. During her childhood days, she recalls that she frequently made visits to meet her father at the hospital, but it was later that she realized he was admitted to rehabilitation center to overcome his drug addiction problem that was caused by the multiple painkillers and surgeries he had been subjected to. Her father eventually passed away in 1999 due to an accidental drug overdose, leaving a deep void in her life. For the next years that followed, she tried to overcome her trauma with drugs, alcohol, and men.

After facing a lot of hardships and living an unpleasant lifestyle for years, she was able to find herself and come out of the dark with the help of religion. She has mentioned that she is a committed Evangelical Christian and has also revealed that she was able to cope during her tough times due to her faith in religion. 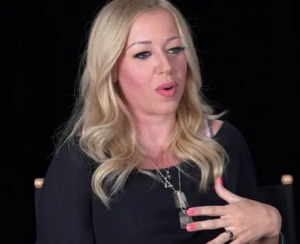 In 2006, Lynsi Snyder and the In-N-Out company were embroiled in a lawsuit with a former executive of the company, Rich Boyd, who had been fired for misusing company funds. However, he claimed that Lynsi was trying to get rid of the elderly Esther Snyder from In-N-Out. The lawsuit was settled in May 2006 out of court.

Lynsi Snyder was first officially declared a billionaire in 2012 when she turned 30, when she became owner of her father’s portion of the company (50 percent) and inherited the remainder of the company that wasn’t already in her trust. At that point she was considered as the youngest female billionaire on the planet.  She gained full control of the business when she turned 35.

Today, In-N-Out Burger has over 350 locations and has yearly revenues estimated at $600 million. Lynsi Snyder is well-liked among her 26,000 employees, boasting a 99% approval rating on Glassdoor.com. She is ranked  4th on a 2018 Glassdoor list of top bosses at major companies, ahead of Chief Executive Officers like Marc Benioff, Satya Nadella, and LinkedIn’s Jeff Weiner.

Lynsi Snyder has been involved in several romantic relationships in the past. As an 18 year old in the year 2000, she married her then high school boyfriend, Jeremiah Seawell. After their wedding, she moved to her hometown in Glendora. Their marriage lasted for only two years as they called it off in 2003. The following year, she got married for the second time in her life, to a former employer of In-N-Out named Richard Martinez. They had twins named Ella Jade and Silas Diego. She filed for divorce in 2010 and moved on to racer Val Torres, Jr. who she bore a son named Valentino Guy in 2011. They later got married in 2011 only for their marriage to crash three years later.

In 2014 she tied the knot with another former employee on In-N-Out named Sean Ellingson. Sean is the older brother of American actor Evan Ellingson. Their wedding was held at Malibu in California apart from which another ceremony has held at her hometown. They have a son named Layne who was born towards the end of 2014.

Snyder is considered one of the youngest billionaires in the world. Her fortune has come from her inheritance of her family’s business, the popular fast food company known as In-N-Out burger. Since taking over control of the running of the company, she has been able to increase business marginally and has also increased the company’s valuation. Though, personally, she may have made several bad decisions in the past, but her business management skills have been excellent so far.

Lynsi Snyder net worth is about $3 billion today. She owns a lovely house in Bradbury California which she bought from Texas Rangers baseman Adrian Beltre for over $17 million. She is highly applauded for making her burger company a great success, and her confidence and ability to lead from the front lines serves as an inspiration to the youth and upcoming entrepreneurs.