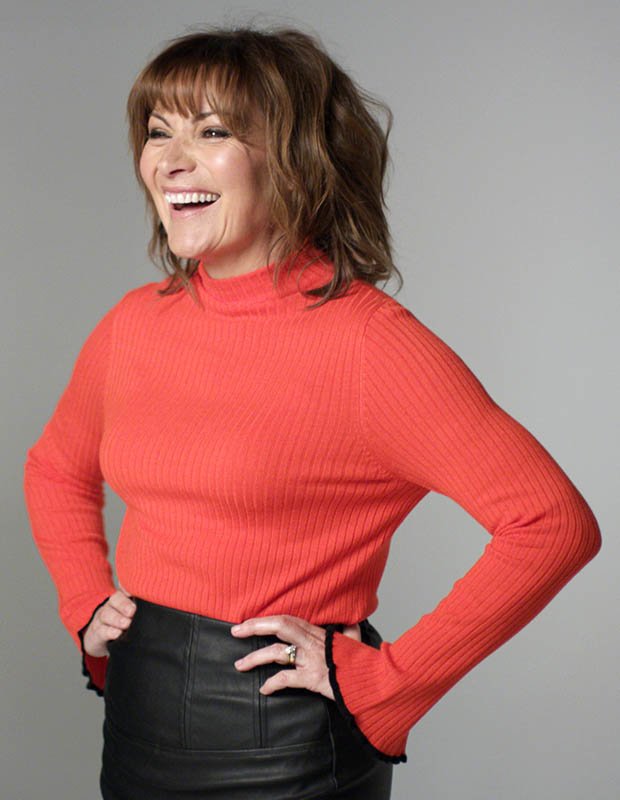 The star media personality who is the mother of a 25-year-old daughter Rosie, has assembled a huge fortune as a result of her accomplishments in the media industry and owns two properties, a stunning Buckinghamshire home, and a stylish London flat, both of which are reportedly quite expensive. Lorraine, who celebrated her 60th birthday in 2019, has been tied in matrimony with TV cameraman Steve Smith since 1992. Kelly has graced our TV screens since her early 20s and the result of this is the fame she has garnered as a well-known staple of daytime TV. Here’s a look at her life achievements and how much she’s worth.

Lorraine Kelly was born on 30 November 1959 in the Gorbals area of Glasgow, Scotland. Her father, John, worked as a TV repairman. She spent the initial years of her life in the city of her birth before moving with her family to East Kilbride where she studied at Claremont High School. Kelly turned down a university slot to study Russian and English in favor of a post on the East Kilbride News, the local newspaper of East Kilbride, and then switched to BBC Scotland in 1983 and worked as a researcher at the network. The next year, she moved to TV-am and started to work as an on-screen reporter covering Scottish news.

Lorraine Kelly is known for many things, and among them, for being an actress, interviewer, writer, journalist and television presenter.

From 1993 to 2010, she worked at GMTV after helping launch the network by presenting a range of shows.

On 6 September 2010, GMTV ended and ITV Breakfast took over. Lorraine Kelly’s already running show ‘Lorraine’ launched with a new look, alongside Daybreak. In 2011, Kelly presented the ITV show ‘Children’s Hospital’, and featured as a guest presenter on the BBC series ‘Never Mind the Buzzcocks’. She also provides narration and voice-over on the BBC CBeebies show ‘Raa Raa the Noisy Lion’.

Lorraine would report for GMB, occasionally, especially whenever her show wasn’t aired.

In 2014, she made a cameo appearance in one episode of ‘Birds of a Feather’. On 19 September 2014, she reported from Dundee on the program ‘Good Morning Britain’. On 13 April 2016, she guest-presented one episode of ‘This Morning with Rylan Clark-Neal’.

Kelly also presented ‘Penguin A&E with Lorraine Kelly’, a four-part series for Channel 5 called. The series began airing on 10 May 2016. In 2018, she co-hosted ‘Wedding Day Winners’ with Rob Beckett. The show aired on BBC One on Saturday nights. In May 2019, she appeared in a cameo role in ‘Coronation Street’.

During the COVID-19 pandemic, Kelly hosted her show in the Good Morning Britain studio. “Good Morning Britain with Lorraine” was a more news-focused program, but yet, it featured Hollywood updates from Ross King, interviews with celebrities, and medical advice with Dr. Hilary Jones.

Working for STV, Lorraine Kelly hosted the Glenfiddich Spirit of Scotland Awards in 2005 as well as in 2006. Since 2011, she has hosted STV’s annual Children’s Appeal with Sean Batty. She also hosts her 2016 show ‘Lorraine & Friends’ and STV Appeal Stories on the channel.

Kelly presented the 2014 and 2015 Hogmanay Party which was broadcast on New Year’s Eve before and after Midnight. Hogmanay Party did not continue in 2016, and Kelly hosted Lorraine Kelly’s Hogmanay instead.

Her other television works include presenting Carlton magazine program After 5 in 1994/1995, appearing on Lily Savage’s ‘Blankety Blank’ in 2001, presenting ‘Liquid News’, and being the national spokesperson for the UK during the collation of votes at Eurovision Song Contest, in 2003 and 2004, replacing the long-serving speaker Colin Berry. Kelly has made several appearances and has even served as a guest presenter on ‘Have I Got News for You’. She co-anchored ‘This Morning with Phillip Schofield’ from 2004 to 2006, on Mondays and Fridays, to allow Fern Britton to spend more time with her family.

Kelly guest-hosted one episode of Channel 4’s ‘The Friday Night Project’, and also guest-hosted ‘The New Paul O’Grady Show’. In 2006, she shot an ITV documentary show ‘Secrets Revealed – DNA Stories’, created by STV Productions and aired on Sky Real Lives. In 2010, she filmed a six-part documentary series titled ‘Lorraine Kelly’s Big Fat Challenge’ shown on Bio. The series featured Kelly herself and a team of professionals putting the Chawner family considered ‘Britain’s fattest family’, through their paces to shred weight and transform their lives.

Kelly has also made acting appearances in a number of films, including the soap opera ‘River City’ and the Scottish sitcom ‘Still Game’.

Kelly writes weekly columns for The Sunday Post and The Sun. On 7 October 2009, she was unveiled as the first Agony Aunt for the Air Force’s fortnightly RAF News.

In April 1991, Lorraine Kelly was presented with the TRIC Diamond Jubilee Award acknowledging her as New Talent of the Year. In 2004, the University of Dundee elected her as the rector of the institution, and she became the first woman ever to occupy that position. The university also awarded her an honorary Doctor of Laws for her services to charity.

On 16 November 2014, Kelly was honored with a special Scottish BAFTA award acknowledging her 30-year television career. Attitude has described her as “one of Britain’s cult gay icons “. At the 2015 Attitude Awards, she received the “Honorary Gay Award” for the support she has rendered towards the LGBT alliance.

Between 1993 and 2005, Kelly resided at Cookham Dean in Berkshire, on the Thames, west of London. She still lives with her husband, Steve Smith, a television cameraman whom she married in 1992. Their daughter, Rosie was born in 1994. Six years later, she lost her second pregnancy in a miscarriage.

Since 1987, she has been a steadfast supporter of the Scottish football team Dundee United after being taken to a game by Smith, her now-husband.

Kelly is a celebrity sponsor of Worldwide Cancer Research. She is also a proud patron of the advocacy organization POhWER (People of Hertfordshire Wants Equal Rights). Furthermore, she is also a patron of British charity Help for Heroes. She is an Honorary Patron of The Courtyard, Herefordshire’s Centre for the Arts.

In 2011, Kelly was one of the celebrities to participate in the BT Red Nose Desert Trek that was held in the Kaisut Desert for Comic Relief and generated £1,375,037 for charity. She has been an ambassador and anchor for STV Children’s Appeal since its establishment in 2011. Not only that, she also became an ambassador for the Sightsavers charity in 2011.

Kelly has spent more than 35 years serving several industries actively and working several jobs. She makes her money from being an actress, interviewer, writer, journalist, and television presenter. She has also held respected positions in reputable organizations and has been a part of many charities in the United Kingdom. While our team is yet to establish how much she racks up in earnings annually from working various jobs due to the unavailability of adequate information, we have accurate intel that her net worth is $6 million.  Kelly has managed to gather such a fortune as a result of her attainments in the media industry. She is known to own two properties, a magnificent Buckinghamshire home and a fashionable London flat, both of which are reportedly considerably expensive. Despite all the riches and fame she has earned in her lifetime, Lorraine Kelly prefers to live a modest life, and would spend her days educating and motivating the upcoming generation rather than do anything that will not be beneficial to people around her.