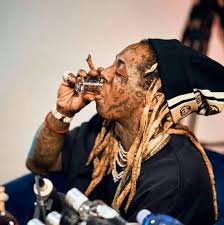 This article is about Lil Wayne net worth, career, and everything else about the American rapper’s career, rise to stardom, and personal life. Born in New Orleans Louisiana, United States, Lil Wayne grew up to become an actor, singer, record executive, entrepreneur, songwriter, and one of the best rappers in the world, in a career that began in 1996 when he was just 13 years old. Lil Wayne’s fortune has ultimately amassed from all of these ventures, starting from when he was discovered by rapper Birdman and joined Cash Money Records as the youngest person on the label.

He joined the hip-hop group Hot Boys, with fellow Cash Money Records label mates Turk and Juvenile, in 1997, who became widely known following the release of their Guerrilla Warfare album in 1999, and the “Bling Bling”. For many years, Lil Wayne was the flagship artist of Cash Money Records, before he ended his long-tenured deal with the music company in June 2018.

Lil Wayne went through a rough childhood. His parents divorced when he was just 2, and his father abandoned the family permanently, leaving him to be raised by his single mother alone amidst struggles.

Concerning his education, Lil Wayne was enrolled in the gifted program of Lafayette Elementary School and also in the drama club of Eleanor McMain Secondary School. He later attended McMain in the 1990s for two years before moving to the Marion Abramson Senior HighSchool.

An impressive career in entertainment which began at the early age of 8 is responsible for most of Lil Wayne net worth. The popular American rapper began rapping at a tender age before he met brothers Slim and Bryan Williams, the founders of Cash Money Records, who signed him up with a record deal. His first recording for the label was ‘True Stories. During the time, the young Wayne sold drugs for a time and once shot himself in the chest accidentally.

Lil Wayne joined the Hot Boys group, a trio of himself and two other record mates Juvenile and Turk, and released their debut album ‘Get It How U Live’ which sold more than 400,000 copies. This was followed by a second album ‘Guerilla Warfare. This album sold more than a million copies, increasing both his wealth and popularity in the United States and several other countries.

At age 16, Lil Wayne was already confident enough to launch his solo career with his first album ‘Tha Block Is Hot. The album successfully got to the top of the hip-hop charts. He released two more albums, ‘Lights Out’ and ‘500 Degreez’ which sold modestly.

In 2004, he came up with another album, ‘Tha Carter’ which became highly popular and brought him well-deserved stardom. Lil Wayne’s fortune & fame has accumulated from the sales of all his released 15 albums to date, and alongside the likes of Eminem, Jay-Z, and Drake, as well as Kanye West, he is regarded as one of the greatest rappers of the current generation.

Apart from his musical career, publishing books and taking up roles in movies are other sources of income for the Rapper. He has been spotted in a number of television series and movies, including The Boondocks, Hurricane Season, Who’s your Caddy, Baller Blockin, Loiter Squad, and several others. He has also written a memoir of his experiences in Rikers Island titled Gone Til’ November: A Journal of Rikers Island which was released on October 11, 2016.

Since his music debut in 1996, Lil Wayne has released a big list of singles, and a total of 14 studio albums, which have sold millions of copies worldwide, earning the rapper more popularity, respect, and fame. He is regarded as one of the best rappers in the world.

Being a talented entertainer, Lil Wayne has accomplished quite a lot. His masterclass performance as a rapper earned him numerous awards and award nominations to name a few, “Lil Weezy” will forever be proud of his five Grammy Awards, Billboard Music Awards, and several more.

At the moment, Lil Wayne is rumored to be in an affair with La’tecia Thomas, although there is no confirmation on this yet. He is the father of four children. His first child was birthed when he was 16 to his high school sweetheart later turned wife Antonia “Toya” Carter, who he married in 2004 and divorced in 2006.

After his second child was born by radio broadcaster Sarah Vivan in 2008, he had his third child in May 2009 with actress Lauren London, before having his fourth child on November 30, 2009, with singer Nivea. If not for rapper Trina’s miscarriage, Lil Wayne would have had a fifth child.

Lil Wayne net worth is $140 million. He has been able to assemble such a huge amount of wealth from an amazing career as an actor, singer, record executive, entrepreneur, songwriter, and one of the best rappers in the world. He was the youngest member of Cash Money Records at just 8 years old and soon began to make amazing music that sold millions of copies around the world.

Apart from his musical career, publishing books and taking up roles in movies are other sources of income. He has been spotted in a number of television series and movies. He is also an entrepreneur and record executive who owns a record label of his own, called Young Money Entertainment.

His fortune has afforded the rapper and his family quite an amazingly rich life. His Miami mansion alone is listed at a whopping $13 million, not to mention his Kenner and New Orleans homes which are worth over $5 million put together.

As a Star man, Lil Wayne lives like a star and dines with other stars. His friend and label mate Nicki Minaj gifted him a $70,000 Campagna T-Rex 14R which sits in his garage, close to his $443,000 Rolls Royce Phantom Drophead Coupe, Bugatti Veyron, and several more. 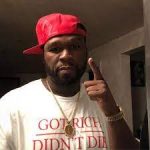 50 Cent Biography & Net Worth
Next Article 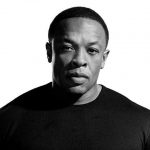