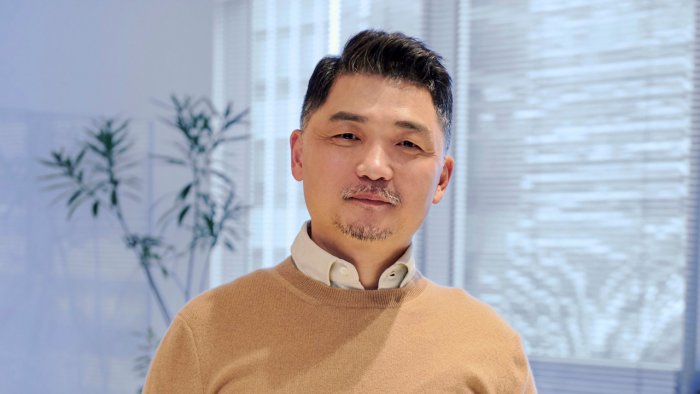 It is important to take note of the fact that life wasn’t always rosy for the Kakao executive. He was so poor during his childhood days that he grew up living in a single room with the rest of seven members of his modest family. Perhaps, having experienced what it means to be poor and incapable of affording even the most basic things may be the reason why he has expressed his desire to happily give away more than 50 percent of his entire fortune to help solve social problems. He has even established a non-profit organization called “Brian Impact” with the aim of helping the sick. His stake valuation rose significantly due to a massive rise in Kakao shares. Last year alone, Kakao shares rose 91 percent, increasing the size of its assets by over 6 billion dollars. The company’s shares rose as Kakao, led by Chairman Kim, aggressively expanded the sectors of its business such as games, mobility, and shopping, and its associates’ value improved due to listing Kakao Games.

Kim Beom-su, (also Kim Bum-soo, Kim Beom-soo) who is also known as Brian Kim, was born and raised in the Asian country of South Korea. He was born on 8 March 1966.

He experienced his childhood in one of the poorest areas of Seoul in South Korea. As the third of his poor parent’s five children, he endured abject poverty while growing up, and was raised by his grandmother in a one-room apartment as his father and mother worked to fend for the family. His father worked at a pen company while his mother worked at a hotel as a maid with a grade-school education.

The struggles within his family didn’t stop Kim from pursuing his dreams. He attended Seoul National University for his education, graduating with a B.Sc. degree in engineering, and later, an M.Sc. degree from the same institution.

The South Korean billionaire businessman is the current chairman of Kakao, a South Korean online company which he actually founded all by himself. His first job, once he was done with his academic studies, was as a developer for an internet communication program at Samsung’s IT services unit.

In 1998, he put together the sum of $184,000 which he obtained from friends and family, and started his first business called Hangame. Although he started this company as an internet café business, it later flourished beyond his imagination to become South Korea’s first internet gaming platform. Two years after the founding of Hangame, he merged the company with the online portal Naver to establish NHN which he joined as a representative, maintaining his position until 2007.

In 2005, he left South Korea for the United States and headed to Silicon Valley, California, where he created IWILAB in 2006. His development is regarded as an incubator that serves many benefits to South Korean entrepreneurs in Mountain View.

After five years of building and advancing his career and experiences in the United States, he returned to his motherland to build his greatest ever masterpiece to date. He founded the online messaging app KakaoTalk which eventually became South Korea’s biggest mobile messaging application. It is reported that the mobile app is installed on more than 90 percent of all smartphones in the Asian country.

Kim has expressed his desire to happily give away more than 50 percent of his entire fortune to help solve social problems. In the year 2010, he joined several other philanthropists to sign the Giving Pledge, committing to bequeath a significant part of his wealth to philanthropy.

He is the founder of the non-profit organization called “Brian Impact” with the aim of helping the sick.

Chairman Kim has been married for several decades and maintains a peaceful and happy union with his wife. He is the father of two adult children who are also a part of his business empire.

Kim’s wealth originated from his KakaoTalk free smartphone messaging service. Though he has had a couple of jobs before starting Kakao, none of them were able to put him in the position where he is today, until he came up with KakaoTalk in 2010. Kim Beom-su’s net worth is currently pegged at $13.5 billion. The businessman and entrepreneur, through his company KakaoTalk, purchased the Internet company Daum Communications which has now become Daum Kakao Corp.

After graduating from Seoul National University, he went on to work for Samsung for a while before founding his first-ever company, an online gaming company known as Hangame in 1998. He merged Hangame with Naver to form NHN in 2002 and later founded IWILAB in the United States.  All his establishments and investments are the contributory factors of his fast-rising wealth. He owns nearly 40% of the Kakao company and enjoys the reputation of being the richest person in South Korea after emerging from the shadows in recent years due to the massive spike in the price of Kakao’s shares. Not to forget, he is also acknowledged as one of the most instrumental people to the youths in his country.