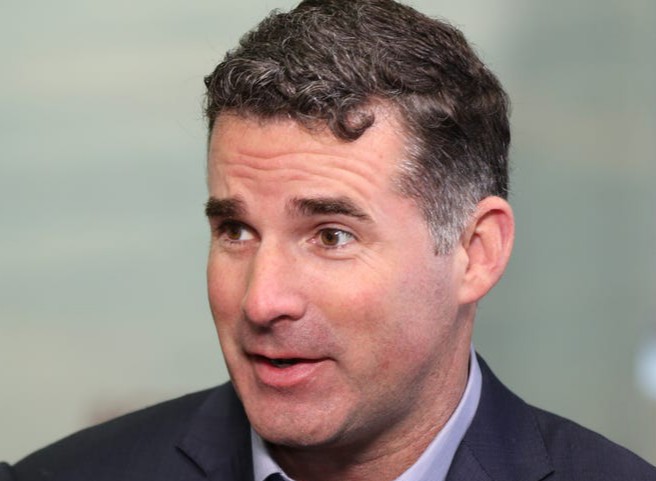 Kevin Plank is an American billionaire businessman and also a notable philanthropist. He is the founder of the Under Armour company, of which he currently serves as executive chairman. Under Armour is a manufacturer of sportswear, footwear and accessories, headquartered in Baltimore, Maryland. Kevin Plank net worth has come by his successful business with his company as well as other smaller but notable ventures which he has been a part of for most part of his life. This ambitious entrepreneur and founder of one of the leading sportswear manufacturing companies in the world has been a subject of interest to many since he elevated on the ranks of prominent business owners. So here’s Kevin Plank’s biography, and how much he has made so far from his successful business career.

Kevin A. Plank was born in Kensington, Maryland, United States on August 13, 1972. He was raised in Kensington along with his four brothers. His mother, Jayne Plank was a mayor of Kensington who took control of the Office of Legislative and Intergovernmental Affairs at the U.S. Department of State later. His father is William Plank, a well-known land developer.

Kevin was enrolled at Georgetown Preparatory School but could not complete his schooling there due to his behavioral problems and poor performance in academics. During his younger days, he spent most of his time playing football rather than taking his books seriously. He played for the Maplewood Maple Leafs, and also at the Fork Union Military Academy. He completed his schooling at St. John’s College High School before moving on to attend the University of Maryland for a bachelor’s degree in business administration. 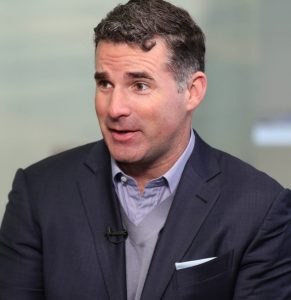 During his days as a student at the University of Maryland where he studied business administration, he opened several business ventures. One of such ventures was a seasonal business project named ’Cupid’s Valentine’, where he sold roses on Valentine’s Day. From this business, he saved up about $3,000 with which he started his next business.

Noticing his football teammates’ shirts soaked with sweat, he decided to come up with a sports wear. His idea was a good one as he came up with sweat-wicking cotton shirts, created under the brand name ‘Under Armour’ and started operations from the basement of his grandma’s house. He launched this business with the $3,000 he realized from selling roses.

As the founder and Chief Executive Officer of Under Armour, he led the company to prominence and grabbed public attention in 2005.

In 2007, he started to broaden his business after having learned many tips from his first businesses Cupid Valentine and Under Amour. He saved up a decent sum and purchased the 630-acre Sagamore Farm in Baltimore County, Maryland. This property was once owned by American businessman Alfred Gwynne Vanderbilt. The farm was home to stallion Native Dancer who did a 21 for 22 during his 2-year racing career from 1952–1954. Kevin said he aimed at restoring the farm and reviving the horse racing tradition at Maryland by raising a Triple Crown winning horse. On November 5, 2010, the shared account of Sagamore Farms won the $2 million Breeders’ Cup Filly & Mare Turf (GI).

Beginning in 2013, Kevin’s real estate firm, Sagamore Development, was heading a $5.5-billion mixed-use development project in Port Covington, Baltimore. The company had acquired an estimated 235 acres in the area and proposed to build a mix of offices, parks, residential areas, retail space, boat launches and more. In the same 2013, Kevin Plank launched the whiskey distillery ‘Sagamore Spirit’. The limestone aquifer on his farm produced enough water fit to distill whiskey, so Kevin and business partner Bill McDermond combined to found Sagamore Spirit to bring back Maryland’s whiskey distilling tradition. Its first bottles were seen at stores in 2016.

Kevin Plank renovated the former Recreation Pier building in Baltimore’s Fells Point. The building was initially built in 1914 to store port cargo and then served as a community center and record studio for the TV series Homicide: Life on the Street ; it closed in 1999. Following Plank’s reconstruction, the building reopened as ‘Sagamore Pendry Hotel’. Plank Industries also purchased and revived the water taxi in Inner Harbor.

Kevin Plank posses as  a young business leader. He is one of the most decorated and influential people in today’s business world. Forbes ranked him 3rd on its 2012 ’40 under 40’ list. He also made 3rd place on Forbes ‘America’s 20 Most Powerful CEOs under 40’ list. From selling roses at events, Kevin proceeded to create bigger businesses despite being so young and inexperienced. He has accomplished so well judging by his records so far, and certainly deserves all the accolades and fame.

Since 2003, Mr. Plank has been married to his sweetheart Desire Guerzon. She is the mother of his two children, named Catherine and James.

Besides his business ventures, Kevin Plank also works for young entrepreneurs, youths, and students. He is also a cheerful giver and philanthropist who has made it a duty to always remember the society. He has donated $5 million to East Baltimore youth center, and $16 million to the University of Maryland.

The American businessman is one of the world’s billionaires, courtesy of his several business ventures and investments. From selling roses as a college student, he saved up a decent amount of money with which he opened one of his biggest businesses now known as the sportswear manufacturing company Under Armour. It is reported that he owns around 16% stake of the Under Armour company which he founded, and currently occupies the position of its executive chairman. He broadened his businesses and created more sources of income for himself by buying and developing the historic Sagamore Farms, and also opening a Whiskey distillery.

Today, Kevin Plank net worth is pegged at $1.9 billion. He owns a home in Rehoboth Beach, Delaware, and another house in Georgetown, Washington DC worth almost $8 million.

After starting from zero, Kevin’s business ideas helped him elevate to his current position as an accomplished, hardworking businessman and entrepreneur. It is his goal to see his company emerge as the world’s top sportswear and accessories brand, but only time will tell if he will be able to achieve this.