Mr Kenny Troutt, an American businessman and billionaire, is the founder of the popular Texas-based telecommunications company, Excel Communications, which is famed for employing multi-level marketing schemes to provide its services and main product which is the long-distance telephone service.

A son of a bartender, Kenny Troutt studied at Southern Illinois University where he was able to pay his tuition with the money he earned from selling insurance.

He instantly joined the billionaires’ class after selling his Excel Communications company to tech giants Teleglobe for the sum of $3.5 billion.

After selling Excel, he went back to the drawing board and devised other plans that would help him maintain his status. The result of his decision was to reinvest his profits in horses, stocks, and bonds.

Today, Kenny Troutt, whose net worth is estimated by Forbes magazine to be 2 billion dollars, is mainly actively involved in horse racing.

Just within the last few years, two of his best horses have won the Kentucky Derby and Belmont Stakes. More details follow below.

Mr Kenny A. Troutt was born in the United States of America in the year 1948. There isn’t much tied to his family and childhood as he hasn’t provided any related information to the public.

His father worked as a bartender, while his mother was a homemaker. He completed a bachelor’s program at Southern Illinois University where he studied while selling insurance at the same time, and was able to fund his education through that trade.

Kenny’s career kicked off instantly once he had graduated from college. During his time at Southern Illinois University, he was able to raise some funds for his upkeep by doing some small businesses which included selling insurance.

Later in his life, he founded a telecommunications company headquartered in Texas, called Excel Communications. The primary focus of the company’s operation is the provision of long-distance phone service.

In 1998, Kenny Troutt sold his company Excel Communications to Teleglobe for a fee of $3.5 billion, and it made him an instant billionaire. He reinvested in stocks, bonds, and horses.

Nowadays, Kenny Troutt is the sole owner of WinStar Farm, which is a massive thoroughbred horse farm in Versailles, Kentucky. He is also the chairperson of Mt. Vernon Investments.

Mr Troutt has won the Belmont Stakes three times, the Kentucky Derby twice, and Preakness Stakes. He is the owner of Justify, the horse that won the 13th Triple Crown.

Mr Troutt is happily married to his wife Lisa. They live together in Dallas, Texas, and have three children together.

He is a major Republican donor and has donated to Rick Santorum, Rick Perry, and American Crossroads.

He has also contributed to the super PAC “Kentuckians for Strong Leadership”, backing Mitch McConnell. His son, Preston, has also made significant donations to Republican Party candidates.

In 2005, Mr Kenny Troutt started the first of three youth amateur basketball teams for his sons and the son of a business partner. One of them is known as the Titans. The three teams, as of the time this information was gathered, have an annual budget of 3 million dollars.

He is passionate about sports and is determined to give his best by putting in maximum effort to ensure that the basketball teams thrive.

A deeply reserved but hardworking businessman and investor, Mr Kenny Troutt has been able to make himself a billionaire by dedicating most of his life to numerous endeavours and business opportunities.

A self-made billionaire, Trout is the founder and former chief executive officer of Excel Communications. He earned his billionaire status after he sold his company for more than 3 billion dollars. Currently, he is entitled to a fortune of 2 billion dollars.

After founding his company back in the 80, he expanded his reach by purchasing the Telco Communications Group. In 1999 he decided to switch his attention to horses, and later acquired Prestonwood Farm which he has since renamed Winstar Farm.

Mr Troutt is currently a trustee of the Thoroughbred Owners and Breeders Association (TOBA) and also maintains a position on the Breeders Cup board of directors.

He started off working as an insurance salesman during his college days but with a twist of fate, Mr Troutt is currently a billionaire and one of the wealthiest horse breeders in Texas. 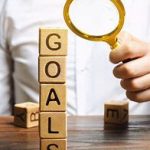 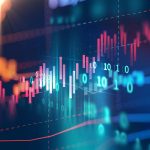