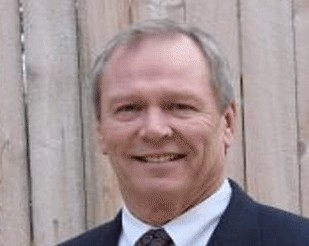 Kenneth Dart is an American multinational business tycoon and billionaire. He is an heir of William F. Dart, the founder of the Dart Container Corporation (formerly the Dart Manufacturing Company) in Michigan in 1937. Majority of Kenneth Dart net worth comprises of his earnings from running various businesses. This article contains information on Kenneth Dart biography and the story of his journey to fame and riches.

Kenneth B. Dart was born in the United States in 1955. He attended the University of Michigan, graduating in 1976 with a degree in mechanical engineering. He has a brother named Robert Dart.

In the mid-1990s Kenneth and his brother, Robert, renounced their American citizenship. Kenneth took Belizean, Caymanian, and later, Irish citizenship. He holds Irish and Belizean citizenship, and lives in London. He has also taken up his residence in the Cayman Islands and converted what was a beachfront West Indian Club into a home for himself in 1994. 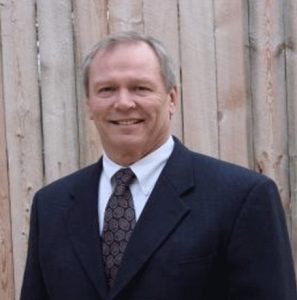 Dart joined the family business and assumed the position of president of the Dart Container Corporation in 1986. He was succeeded in this role by his brother Robert in 2001, when Kenneth shifted to the board of directors.

Kenneth Dart started a number of enterprises based in the Cayman Islands, including Dart Realty, Dart Enterprises, and Cayman Shores Development. By 2012, his Caymanian enterprises were said to own roughly 20–25% of the real estate in Cayman Islands. Among his properties are the Kimpton Seafire Resort and Spa, the Yacht Club, the Ritz-Carlton, and Camana Bay (formerly the Coral Caymanian Hotel). He is also the owner of the construction company, Decco.

In 1994, Dart took a Belize citizenship, and soon offered his residence in Sarasota, Florida, United States to the Belize government as a Consulate, with himself as its consul. This move would have allowed Dart to live in the U.S full-time as a foreign diplomat evading any actions by the Internal Revenue Service (IRS). However, the State Department rejected the arrangement. The Reed Amendment of 1996, a tightening of United States tax laws regarding expatriates, was partly spurred by the Dart brothers’ abandonment of their citizenship to avoid paying taxes.

In 2001, after a long investigation, the Internal Revenue Service (IRS) ruled that Kenneth Dart and his brother improperly billed $11.6 million in personal security expenses to Dart Container. Kenneth argued in United States Tax Court that the money was spent validly on business. Half of the $11.6 million had been exhausted on private jets. The IRS asked for $4 million extra in taxes for the 1996 and 1997 tax periods. In 2002, Kenneth paid $26 million in back taxes. In 2003, the IRS once again took Kenneth Dart to court, saying he was in debt of an additional $19 million for 1998 and 1999 taxes.

In December 1993, Dart fled the United States, leaving behind his wife and children. He only took his tax attorney Richard Rastall with him. He fled to the Cayman Islands after declaring himself a tax refugee. He still resides in the Cayman Islands to date. He lives on Seven Mile Beach in an hotel — the entire hotel — formerly known as the West Indian Club.

Kenneth Dart is heavily involved in multiple charitable organizations, including the Dart Foundation, which focuses on promoting education for younger people. He has helped organize several scholarship programs for high school students in Islands who want to go overseas for a college degree. Dart has also put in work with the Cayman Islands to sustain the integrity of the lands and several parks.

Dart’s wealth comes from his position in his family’s business. The company, Dart Container Corporation is the world’s leading manufacturer of Styrofoam cups. The enterprise also manufactures the iconic red Solo cup. It has more than 50% of the United States market share. His wealth was estimated to $6.6 billion in 2013.

Kenneth Dart net worth is $5.8 billion currently. Asides from having a place in the Dart Container Corporation, this businessman started a number of enterprises based in the Cayman Islands, including Dart Realty, Dart Enterprises, and Cayman Shores Development. By 2012, his Caymanian enterprises were said to own roughly 20–25% of the real estate in Cayman Islands. Among his properties are the Kimpton Seafire Resort and Spa, the Yacht Club, the Ritz-Carlton, and Camana Bay (formerly the Coral Caymanian Hotel). He is also the owner of the construction company, Decco. He is thought to manage nearly a quarter of the real estate on Cayman Islands as a whole. The major aspect of his holdings is the deluxe Camana Bay development, a 500-acre mixed-use, master-planned neighborhood that is being developed in stages over several decades. The property includes a marina, a residential development, and a town center with offices which cater mainly to hedge funds and financial companies. All areas of the development are connected by a network of bike paths.

On September 9, 1993, Kenneth Dart’s mansion in new Sarasota, Florida burned to the ground. The suspects ranged from a group of Brazilian bankers to Dart’s older brother Thomas, to neighborhood teens getting into felonious mischief. To date, the crime is yet to be solved. Dart’s land holdings now make up over 8% of the beach-rimmed paradise for the wealthy and famous. Dart also has land in the Bahamas, Turks and Caicos, and ten other countries around the world put down for both development and conservation.