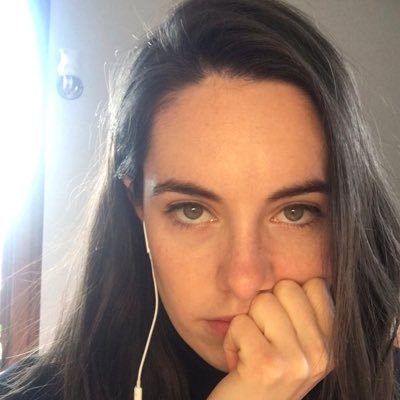 It is one thing to have an accomplished career. It is another thing to have an accomplished career and be able to maintain a happy, well-sustained family. This is the case of American reporter and anchor Katherine Scott who is simply living the life of her dreams. The journalist is currently working as a general assignment correspondent for WPVI-TV 6abc, a position she has occupied since June 2009. Before joining her current employers, Katherine had worked as an NBC Page, worked at the Athens Olympics, and also worked as a reporter and anchor for News 12 The Bronx and Brooklyn. Just in case you are wondering who this woman is, or you’re searching for answers to most of your questions about her, her family, career and life achievements, this article has got you covered with everything you deserve to know about this iconic personality who has managed to standout from the bulk not just for her stunning appearance but also for her brilliance and professionalism as well.

She was born as Katherine Elizabeth Scott in New Jersey, United States of America in the year 1982. She is one of the children of Daniel T. Scott and Darby Anne Scott of Mendham, New Jersey. Her father, Daniel, served as the president of Unz and Company in Piscataway, New Jersey. Unz and Company is an enterprise that specializes in international trade compliance. Katherine attended Harvard University and graduated from with a B.A. in Anthropology. During her time as a student of Harvard, Katherine captained the Varsity Field Hockey team.

In June 2009, Katherine joined the Action News team. As a general assignment correspondent, she has reported a wide variety of important breaking news stories in Delaware, Pennsylvania, and New Jersey, including the riot at a Delaware prison in 2017 that caused the death of a corrections officer, the aftermath of the Amtrak train derailment in Port Richmond in 2015, the fatal Center City building collapse in 2013, and the deadly duck boat accident on the Delaware River in 2010.

Katherine Scott was on Ben Franklin Parkway when Pope Francis held a Mass from the Art Museum, and she was also there for the 2016Democratic National Convention. She has followed many sophisticated court cases, sitting in trials for former Pennsylvania Congressman Chaka Fattah, disgraced Philadelphia District Attorney Seth Williams, former Pennsylvania Attorney General Kathleen Kane, and Bill Cosby.

If there is wild weather, Katherine will report it, including blizzards, nor’easters, and Superstorm Sandy in 2012. She also likes to tell stories about all the breathtaking things that happen in local schools and community centers.

Before she made the decisive move to Philadelphia, the journalist worked as a reporter and anchor for News 12 The Bronx and Brooklyn. She was an NBC Page and also worked at the Athens Olympics.

Her career has taken her several high places, no doubts. She has found herself connected to top personalities, and has also reported several high-profile cases including court trials of a number of prestigious people. A graduate of Harvard University, Katherine Scott is currently the most valued and most decorated reporter in Philadelphia and at her level, this is quite a remarkable achievement.

Looking at her available photos, it is fair to conclude that Katherine Scott appears quite tall in stature, if her photographs, relative to the ambiance, are anything to go by. However, we currently lack details regarding her body measurements as such information is currently not publicly available.

Her husband, Andrew, is a son of Brian L. Old and Anne Old of Hetton-le-Hole, England. His father heads the physical education faculty at Shotton Hall Comprehensive School, a high school in Peterlee, England. His mother is a help-line controller in customer service for Sunderland City Council.

The happily living couple are the proud parents of three children, and they all live together in their home in Philadelphia.

Journalists her level are usually paid an average salary of $35,522 to $168,207 annually, and looking at her workrate and series of programs she engages in,  is highly expected that Katherine Scott earns around that pay bracket, and also earn a decent amount in bonuses and compensation. We do not have the details of her exact salary, but she has managed to acquire a net worth of about $1.5 million as at the time of this report. After struggling for many years, taking up different roles within the field of journalism just to make ends meet, Katherine Scott finally landed her dream job working as a general assignment correspondent for WPVI-TV 6abc, and eventually found a way to balance her work and her family. She is a proud mother of three kids, and ensures to take care of them and spend quality time with her husband when she’s not occupied with duties at the office. 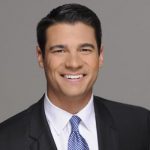 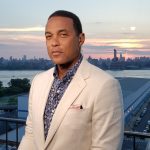