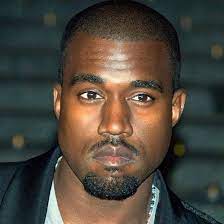 Kanye West is a multi-award rapper and music producer, as well as a fashion designer whose prominence in the 21st-century entertainment and business spheres has seen him amass a sizeable wealth. Kanye West net worth of $6.6 billion came around as a result of the rapper’s non-stop hard work, and creativity.

Kanye Omari West simply known as Kanye West is a producer turned rap superstar who is notable to have reinvented hip hop severally through out the course of his career.

Kanye West was born on June 8 1977 in Georgia to Ray West a Christian counselor, and Dr. Donda C. West, a professor of English at the Clark Atlanta University, who later retired to serve as his manager.

Kanye began writing poetry when he was 5 years old before he moved on to rap. At 13, the young actor begged his mother to pay for his studio sessions. He dropped out midway through a degree at Chicago State University to focus on a career in music, and started producing records for local rap artists.

In 2000 Jay-Z brought him on to Roc-A-Fella Records, where he produced for stars including the likes of Beyoncé and Ludacris, as well as assisting Jay-Z with The Blueprint, Jay-Z’s influential album.

Despite being a successful producer at that time, Kanye had a passion for rapping but struggled to get a record deal because he did not fit the typical ‘gangsta’ image. His aspirations became possible in 2002 when he signed up to Roc-A-Fella Records as a recording artist and began recording.

One night soon after he began recording, the rapper fell asleep at the wheel and had a near-fatal car accident, and had to have his jaw wired shut. This experience inspired Kanye when he returned to the studio and recorded Through the Wire which became his breakthrough single, accompanied by the album, The College Dropout.

His first album sold over 2.6million copies, earning him fame and also the Best Rap Album Grammy, which was followed by another 20 Grammys. Kanye, also called Yeezy by his devoted fans has long created a multi-million dollar empire, including his own record label, G.O.O.D Music, and fashion collections.

In September 2013 the rap sensation in a controversial interview pronounced himself the “biggest [rock star] of all”. “I get a lot of criticism for comparing myself to Steve Jobs,” he added. “But that is my dream. I would like to be like that one day”.

In 2009 during the MTV Music Video Awards, Kanye West outraged fans when he infringed on Taylor Swift‘s acceptance speech and declared that the award should have gone to Beyoncé.

In the wake of the United States government’s response to Hurricane Katrina, Kanye West made tongues wag by saying: “George Bush does not care about black people” – although he later apologized.

Off-stage, much focus has been on his relationship (turned marriage) with reality TV star Kim Kardashian. Romance rumors between the pair first sparked up while Kim was still married to Kris Humphries in a marriage that lasted just 72 days, and Kanye West rapped: “I had fell in love with Kim around the same time she had fell īn love with him”.

Kanye West and Kim Kardashian began dating in April 2012 after Kim’s divorce from Kris Humphries in 2011. In December 2012, during one of his concerts, Kanye West announced that  Kim was pregnant, and a few months later, she gave birth to Kanye’s first child, a daughter, North West.

In June 2013, Kanye proposed to Kim, and their wedding took place on May 24, 2014. Together they have three more children after North West: Saint West, and two others born through a surrogate – Chicago West and Psalm West.

Sadly Kanye and Kim’s marriage entered troubled waters in 2021 as Kim filed for a divorce. Kanye has moved on to dating other women and is currently dating Chaney Jones.

Kanye West net worth has accumulated through the years due to successful record sales and albums, which have mostly received numerous acclaim and accolades. His albums include:

Kanye West is one of the most influential and critically lauded entertainers of this century. He has won an assortment of awards, including; a Webby Award for Artist of the Year, an Accessories Council Excellence Award for being a stylemaker, International Man of the Year award at the GQ Awards, Shoe of the Year award at the Footwear News Achievement Awards, a Clio Award for The Life of Pablo Album Experience, and an honor by The Recording Academy.

Kanye West is one of 8 acts to have won the Billboard Artist Achievement Award. He has won the Brit Award for Best International Male Solo Artist a joint-record three times, in addition to being one of three artists to have won the award in consecutive years.

In 2011, Kanye became the first musician to win Best Male Hip-Hop Artist at the BET Awards three times. He is the male artist with the most wins for Video of the Year during the ceremony, as well as the only person who has been awarded the Visionary Award at The BET Honors.

The renowned rapper is the highest nominee for Best Hip-Hop Video at the MTV Video Musíc Awards, along with, the second-most nominations for Best Male Video. In 2015, he became the third rap act to win the Michael Jackson Video Vanguard Award.

He has won 21 Grammys, he has the second most wins (21) and nominations (68) for a rapper (both behind Jay-Z ). He has been the most nominated act at five ceremonies and won most Grammys by a male artíst, and fourth most overall in the 2000s decade.

In 2008, Kanye became the first solo artist to have his first three albums receive nominations for Album of the Year. Only Eminem (6) has won the award for the Best Rap Album more than West (4), additionally, Kanye and Eminem are the only two acts to have won the award in successive years.

Kanye has the most wins and nominations for Best Rap Song. He is one of the best-selling digital artists of all time. He is the 7th highest certified artist in the US by digital singles (69 million).

Producer, Kanye West is recognized as one of the greatest producers of hip-hop. On Billboard’s 2000s Decade-end charts, the producer turned rapper was third on the list of top producers.

In 2009, he became the first non-athlete to sign a shoe deal with Nike and this is another source of income.

Kanye West net worth is estimated at $6.6 billion. Through his music career, businesses, and endorsement deals, Kanye West has managed to earn as much wealth as he deserves, by the dedication of his time and energy to his success-crowned career.

Kanye is the owner of estates and homes. His Beverly hills home is worth $3.3million while his New York apartment is said to be worth $3.9 million. The rap superstar owns a collection of expensive cars including a Mercedes-Benz SLR McLaren, an Aston Martin DB9, a Mercedes G500, a 2012 Lamborghini Aventador, and a Lamborghini Gallardo.

When not recording in the studio, performing on stage, or going on tours, Kanye enjoys vacations with his wife Kim Kardashian, and their lovely kids. 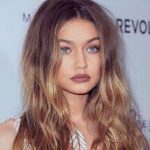 Gigi Hadid Net Worth, Career and Personal Life
Next Article 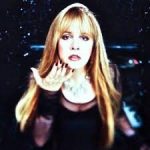