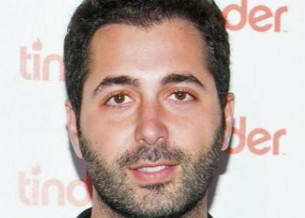 Justin Mateen is a young and famous American entrepreneur who is best known for being one of the founders of Tinder, a popular meeting and dating application. He has also invested in several companies and other small businesses that account for his wealth and millionaire status. Carry on with reading this brilliant, well-detailed piece for further interesting details about Justin Mateens, one of the most creative business persons in the world.

Mateen was born in March 1986, in Beverly Hills, California, United States. He comes from a very wealthy family who are deeply involved in the real estate and housing business. His father, Kamyar Mateen manages the company Cannon Commercial Inc, which owns an enormously valuable portfolio of retail, commercial and multi-home properties. Kamyar Mateen is the owner of most of the most costly homes in Beverly Hills. For his education, Justin attended USC Marshall School of Business. He was one of the brightest students in his class and graduated with good grades. 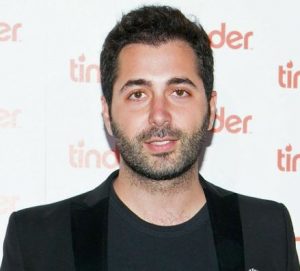 He is a co-founder of the meet and date software, Tinder, which he developed as a startup within the incubator of the Hatch Labs company as a joint project with Interactive Corp, better-known as IAC. In March 2014 Interactive Corp augmented its majority stake in Mateen’s Tinder at a valuation that was approximately $1 billion for the first time. In 2015, Bank of America estimated Tinder to be valued at a whooping $3 billion. By the year 2018 the company was making more than $800 million in annual revenue. Tinder is a geosocial networking and online dating application.

Justin’s former girlfriend named Whitney Wolfe Herd was the Vice President of Tinder at that time. She filed a discrimination and sexual harassment lawsuit against the parent company of the application. Justin Mateen was suspended from the company during the investigation of the accusations that were said to have taken place in 2014. Whitney Wolfe Herd eventually went on to found a rival dating app which she named Bumble. Justin and another co-founder of Tinder, Sean Rad, sued Interactive Corp for $2 billion on claims that the company undervalued Tinder’s options in previous financing rounds. They alleged that about 20 early employees that owned 20% of the company were paid off at a valuation of $3 billion when Interactive Corp apparently knew the true evaluation was closer to $5 billion. As of this writing, the lawsuit is still ongoing.

Despite facing many challenges in his career, Justin has never looked back at anything or tried to quit. He dedicates his time to his work and continues to seek to expand his business. Today, Tinder is known across many countries of the world and boasts of hundreds of millions of registered users who make use of the social media and messaging platform to meet and connect with people from various parts of the world. Outside of Tinder, Justin Mateen has been an investor in several other companies. Some of such companies include Hyperloop One, Lendup, Home Chef, Munchery, and StyleSeat.

Mateen maintains a rather quiet personal life and pays full attention to his business. Following his ordeal with his former girlfriend Whitney Wolfe Herd, Vice President of Tinder at that time, who filed a discrimination and sexual harassment lawsuit against the parent company of Tinder and went on to develop her own application similar to Tinder, Justin Mateen was suspended from the company during the investigation of the accusations that were said to have taken place in 2014. Till today he is yet to recover from the encounter and has concluded to stay away from relationships and avoid distractions for now. Although he comes from a very rich family, Justin Mateen lives a humble life and would rather let his works and innovations speak for him.

As of the time of this publication, Justin Mateen net worth is estimated at $300 million. He has a record for owning several expensive properties and spending his money on the fine things he feels he deserves. In February 2017, Justin spent $15 million for a massive house in Los Angeles’ Holmby Hills neighborhood. As recent of July 2020, he coughed out about $18 million and spent it all on Mossimo Giannulli and Lori Loughlin’s Bel-Air home. Loughlin and Giannulli bought the property in the year 2015 for $14 million and went on to upgrade it, spending an undisclosed amount in the process. Initially, they wanted to sell it for $35 million, but considering that no buyers were coming forward, they settled for Mateen’s $18 million offer. He is still a young and dedicated man who did not let his drawbacks deter him from moving on with his life and achieving his dreams.