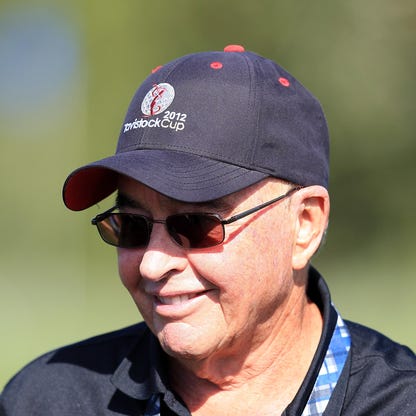 Mr. Joe Lewis’ net worth of $6 billion has been earned from the important strides he made throughout the most active years of his professional career. He is a successful British businessman and investor who, after selling his family’s catering business in the 1970s, forged on to invest his money in currency trading in the 1980s and 1990s. In 1992, Lewis became very wealthy after he and George Soros betted on the pound crashing out of the European Exchange Rate Mechanism. He is considered the major shareholder in Tavistock Group, a holding company based in New Providence, Bahamas, which controls more than 200 companies in 10 countries. Through the company, he owns the English Premier League football club Tottenham Hotspur. With a controlling stake of 26.85 percent, he is the largest shareholder in Mitchell’s & Butlers, a pub operator in the United Kingdom. His diverse investment interests include luxury club resort Albany, hotels, restaurants, and an agriculture firm in Australia. More details follow below.

He was born Joseph C. Lewis on 5 February 1937 in Roman Road, Bow, London, England, to a Jewish family. When he was 15 he left school to help at his father’s catering business, Tavistock Banqueting. His life pretty much changed from here as he continued a career from that point and proceeded to establish himself in the business world without bothering to continue his education.

When he eventually took the reins at his father’s company, Joe Lewis quickly expanded it by selling goods to American tourists. He owned West End club and the Hanover Grand as well. He made his initial wealth in 1979 when he sold the business. From there, he moved into currency trading in the 1980s and 1990s and moved to the Bahamas where he is a tax exile. In September 1992, he teamed up with George Soros to place a bet on the pound’s crashing out of the European Exchange Rate Mechanism. The event made him richer in multiple folds.

On 10 September 2007, Joe Lewis paid a little over 860 million dollars to purchase a 7 percent stake in the brokerage firm Bear Stearns. By December that year, he had raised his stake in the firm to 9.4 percent, owning a total of 11 million shares. After JP Morgan purchased Bear Stearns for $10 a share, Mr. Lewis was estimated to lose $1.16 billion on his investment.

Mr. Lewis is also the largest shareholder in the British company Mitchells & Butlers, controlling 26.85 percent of the issued share capital through his investment firm Piedmont, which he built up since 2008.

Mr. Joseph Lewis has been married twice in his life. His first marriage was to Esther Browne, and it ended in divorce. They had two children, Charles Lewis and Vivienne Lewis Silverton. His daughter, Vivienne is considered his “heir” and serves on the Tavistock Group’s board of directors.

He owns an art collection that is estimated to be worth more than a billion dollars. It includes works by Picasso, Lucian Freud, Matisse, and sculptor Henry Moore. In 2008, he bought Francis Bacon’s Triptych 1974–1977 for £26.3 million. In 2018 he sold his artwork by David Hockney in Christie’s salesroom for $90.3 million.

Mr. Joseph Lewis currently has a net worth of $6 billion. He lives tax-free in the Bahamas, from where he controls his numerous business endeavors, including the umbrella company Tavistock Group, which owns more than 200 companies spread out in more than ten countries around the world.

Nowadays, he earns his payslip by being the holding company’s biggest shareholder. The company controls businesses and investments such as resort properties, restaurants, sports teams, energy companies, private luxury properties, and many more.