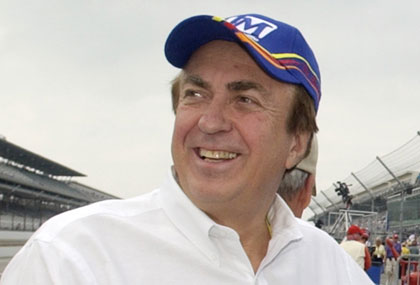 John R. Menard, Jr. is a successful American entrepreneur and businessman whose multibillion-dollar fortune enables him to be listed among the world’s billionaires. An Eau Clair native, he is known as the founder and owner of the Midwestern home improvement chain Menards Inc. He also owned an IndyCar racing team in the past. Mr. Menard is the father of NASCAR racer Paul Menard. He is also an associate of Robby Gordon Motorsports with NASCAR driver and owner Robby Gordon.

Menard has long been identified as Wisconsin’s richest person. In 1960, he established the namesake chain of home improvement stores that now has more than three hundred stores in fourteen states in the country. In recent years, he has sent in donations to his alma mater, and other bodies such as the University of Wisconsin -Stout and the Eau Claire YMCA, which in 2018, named its new tennis center after John. See below for more information.

Born John Robert Menard Jr. in Eau Claire, Wisconsin, U.S, on January 22, 1940, John Menard attended and graduated from both Regis High School and University of Wisconsin -Eau Claire. He experienced his childhood and nearly the entirety of his youth in Wisconsin state where he eventually ended up founding his numerous businesses

Menard is also the owner of an engine shop based in the United Kingdom. His engine shop has produced engines for Robby Gordon Motorsports and Team Menard, the latter of which won the Indy Racing League Championships in 1997 and 1999.

The businessman’s businesses and reputation have suffered over the last couple of years due to a series of lawsuits alleging ageism, sexism, and discrimination, with the most recent occurring in 2013 when it was alleged that he pressured the spouse of his former business associate for sex and then tried to financially ruin the couple. John Menard ousted his former business partner, Stephen Hilbert, a 20 percent shareholder in Menards Holding Equity, for mismanaging resources and assets. Stephen’s wife, Tomisue, in turn, filed a case against Menard alleging that her husband’s involuntary departure from Menards Holding Equity came as a result of her rejection of Menard’s sexual advances. She states that the businessman touched her without her consent, suggested she joined his wife in sexual activities, and also threatened financial consequences if she denied his advances. Though Menard was never found guilty of the charges, his defense describes the lawsuit as Tomisue’s attempt to get at the businessman for removing her husband from the management of Menards Holding Equity.

The multibillionaire businessman, John Menard, is not only known for his business prowess but also for his accomplishments in the field of philanthropy.

He made a $15 million donation in support of Eau Claire’s Luther Midelfort Hospital in 2008. The donation was used in the erection of a new emergency services department and was also useful in helping the hospital train and educate health professionals.

In 2015, Menard generously donated $10 million in support of the Eau Claire Area YMCA. The gift helped reconstruct the five-court LE Phillips Tennis Center that was inaugurated in 1972 to become an indoor tennis center famously named the John and Fay Menard YMCA Tennis Center.

In 2019, The Menard family gave the sum of $5 million to the Ohio State University’s Moritz College of Law’s Drug Enforcement and Policy Center. In addition to supporting the center’s research, student enrichment and engagement, the donation also helped in supporting an annual national conference and an endowed lecture

A kindhearted supporter of conservative causes, Mr. Menard has donated to several political endeavors, including the groups of the Koch brothers.

Menard is a married man and father figure in the society. He has three children, including NASCAR driver Paul Menard.

Home improvement store tycoon, John Menard Jr., is the richest person in Wisconsin. He saw his wealth increase by almost three billion dollars over the past year according to a recent report by Forbes magazine. The magazine, in its Billionaires 2021 index estimates the Eau Claire native’s fortune at $14.2 billion, a significant growth from $11.5 billion a year earlier. Overall, Mr. John Menard was ranked as the 47th richest in the United States and the 145th wealthiest person in the world. The magazine also noted that John Menard’s home improvement retailer accumulates an estimated $10.7 billion in sales from its over 300 stores. Despite the nearly 25% increase in his estimated wealth, Menard actually landed lower on the rich list for this year, falling from spot 110 last year to 145 this year. How is that possible? Essentially, because many other businessmen got richer even faster than Menard. Consider the world’s richest man, Amazon owner Jeff Bezos: Over the last year, his wealth increased from $113 billion to $177 billion. The combined wealth of all the billionaires of the world also rose from $8 trillion to $13.1 trillion. The overall number of world billionaires also grew more than ever, with Forbes reporting there are now 2,755 of them, a 30 percent increase from before the COVID-19 pandemic.

John Menard’s net worth has greatly benefitted from his Menard Inc, where he owns 89 percent of the company’s shares. Menard Inc. is considered to be one of the top 50 largest retailers in the U. S. and records annual revenue north of $10 billion. John founded the company in 1960, and it now includes the Menard home improvement chain. The businessman controls over 300 stores in the United States.