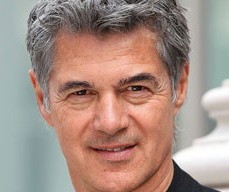 John Frieda is a goal-oriented businessman internationally celebrated British celebrity hairstylist. He has founded successful hair salons and hair product businesses for which he is best known for. His hair product business, named John Frieda, was acquired in the year 2002 by Kao Corporation, Japan. The only son of a successful salon and property owner, John Frieda started to learn about the salon business and everything it entails from his younger days as a high school student, where he visited his father’s salon for mentorship in his free time. After years of struggling on his own to advance his career, he met with the right partners and proceeded to establish several businesses, including salons, and hair product brands for which he is popularly known internationally today. John Frieda is a millionaire businessman, no doubt. Here’s his financial data and every important detail about this man and how he makes his wealth as a widely celebrated celebrity hairstylist.

For his education, he graduated from a private school, King’s School, in Harrow, and spent his free time working at his father’s salon during his days as a high school student. Isidore Frieda mentored John and taught him many things about the business, and also invested in some of his early ventures thereby motivating him to pay full focus in his career, where he went on to achieve success and fame. When the time was right and he felt like he has acquired enough experience to move on, John left his family and set out to create something significant for himself.

After completing his education, John started trying his hands on several jobs in other to keep income flowing in. His father, Isidore Frieda, mentored him in his line of business as a solon and property owner himself, and also assisted John’s career journey by investing in his early businesses. 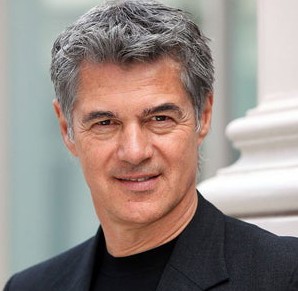 In 1988, when john was 37 years of age, he left England and took a journey to New York in the United States, and lived there for twelve long years. In New York, he met with Gail Federici, and they worked together to create various products for brunettes and blondes. He founded the hair product brand called the Frizz Ease products.

After years of growing his business to an internationally recognized standard, John Frieda sold his hair product company called the “John Frieda Professional Hair Care” to a Japanese company, called Kao Corporation. He was paid the sum of $450 million for his company, and this became his biggest payday as John Frieda net worth increased massively. The acquisition gave the popular brands Beach Blond, Frizz-Ease, and Sheer Blonde to Kao Corp.

In 1977, John Frieda got married to the famous Scottish actress and pop singer Lulu. Their marriage lasted for fourteen years until they divorced in 1991. Together, they had just one son named Jordan Frieda. He is an actor himself.

After his divorce from his first wife Lulu, John Frieda never got married for the second time. He hasn’t been observed in any romantic relationships, and neither has e mentioned anything concerning having any other partner. From all indication, he has been single for many years now and counting, as he intends to simply concentrate on his career and build more businesses and brands.

A British entrepreneur and celebrity hairstylist, John Frieda net worth is currently estimated at $250 million. He is recognized on an international level for his line of hair products and hair salons. Born and raised in parts of England, he moved to the United States when he was 37 years old and made the right connections which led him to establish his first big business. Eventually, he succeeded with his hair business company, and the Japan-based conglomerate Kao Corporation came forward to snap his company for a whooping $450 million. It was after the successful sale of his company that John entered the multimillionaire list, as his wealth further increased as well as the recognition he received for his works.

A divorcee and father of one, John Frieda definitely looks back to his past and all he has achieved, and smiles within himself knowing that he made it. Much of his success, if not credited to his hardwork and brilliance, can be attributed to his own father who mentored him in the line of hair products and salon business from a young age and also helped him initiate his first business ventures. Till today, John Frieda is still very much active and buzzing in the hair products and saloon business. He is considered one of the top British hairstylists, and also counted as one of the wealthiest as well. He is a mentor to many, and his pattern of running his businesses to stand out is worthy of emulation by the younger generation.