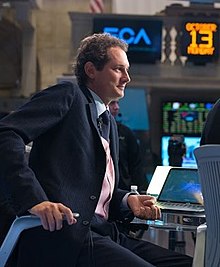 John was born in New York on 1st of April 1976 to Margherita Agnelli and Alain Elkann. His father, Alain Elka was a New York-born journalist and writer of French Jewish and Italian Jewish background, while his mother Margherita Agnelli, was of Italian descent. John’s parents divorced in 1981 and have both remarried. John’s maternal grandfather was the industrialist Gianni Agnelli, the largest shareholder in Fiat.

He attended primary school is United Kingdom and Brazil before his family moved to Paris. He later moved to Italy where he graduated with a degree in management engineering in 2000 from Politecnico di Torino (Turin). He is fluent in four languages as a result of his International upbringing. 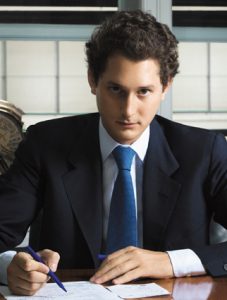 John went through several internships while studying for a degree where he gained valuable work experience. These internships include; headlight plant in Birmingham, England; car dealership in Lille, France; production line in Tychy, Poland; in addition to GE’s CIG (corporate initiatives group) where he worked on a thesis on e-auctions.

In 1997, Elkann was selected by his grandfather, Gianni Agnelli, to take  place of  his late uncle Giovanni Alberto Agnelli, in the family business and was appointed to FIAT board at the age of 21.

In 2010, Elkann became chairman of Fiat S.p.A. (now Fiat Chrysler Automobiles), and chairman of the Giovanni Agnelli Sapaz. He was also appointed chairman and CEO of EXOR in February 2011.

John Elkann was appointed as chairman of Ferrari in 2018 after Sergio Marchionne resigned as a result of ill health. In addition, Elkann has also been the Vice Chairman of GEDI Gruppo Editoriale, a board member of The Economist Group, and a trustee of MOMA. In 2010, he received an Appeal of Conscience Award.

In 2019, Elkann announced plans of a potential merger between Fiat Chrysler (FCA) with Renault, in order to create the world’s 4th largest OEM by volume and 3rd largest by revenues. He will become the chairman of the merged FCA-Renault if the deal sails through.

Elkann has performed creditably, transforming the family business into a diversified holding company with interests in automobile, media, insurance, re-insurance, soccer and more.

Elkan is married to Donna Lavinia Borromeo and together they have three children. He was baptized and raised a catholic and remains one.

Elkann controls a family business that has interests in automobile, media, insurance, re-insurance, soccer and more. He is also the chairman of Fiat S.p.A. (now Fiat Chrysler Automobiles), chairman of the Giovanni Agnelli Sapaz, chairman and CEO of EXOR and chairman of Ferrari amongst others.

John Elkann net worth is estimated at $1 billion.