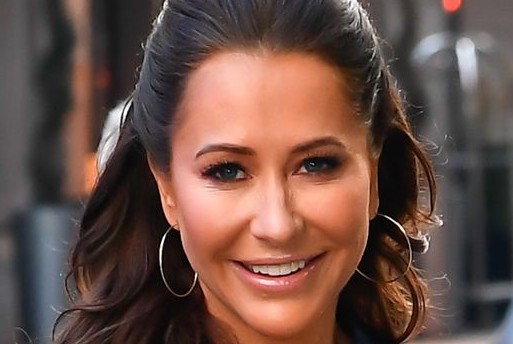 Best known as a fashion stylist and marketing consultant, Jessica Mulroney is renowned for her previous work with Kleinfeld Bridal, host of “I Do, Redo”, and past guest appearances on TV shows “CityLine” and “Good Morning America”. She is a Canadian fashion advocate and also an important contributor to “Sunwing’s Wedding Vacations” magazine. Here’s Jessica Mulroney biography, businesses, and most recent finance data.

Jessica Mulroney was born Jessica Brownstein on March 14, 1980, to Veronica and Stephen Brownstein. Her brother named John Brownstein is a Harvard professor. Her ancestors were the founders of “Browns Shoes”. Jessica had it easy growing up as she was guided and provided for by her parents who raised her to the best of their capability and ensured she did not lack anything a young girl her age would need. She attained quality education and was also supported by her family towards achieving her life goals. She is a graduate of McGill University.

Mulroney is a marketing consultant and fashion stylist. Early on when she started her career, Mulroney and a sibling Elizabeth Mulroney were distributors of the lingerie lines la Perla and Cosabell. In 2015, she styled ensembles for Sophie Trudeau, the beautiful wife of Canadian Prime Minister Justin Trudeau. In the same year, she assisted Meghan Markle in selecting a wedding dress for Rachel Zane, Markle’s Suits character. In 2019, she styled Mindy Kaling for several appearances, including for the Oscars red carpet. Mulroney was also a stylist for famous American singer Shania Twain. 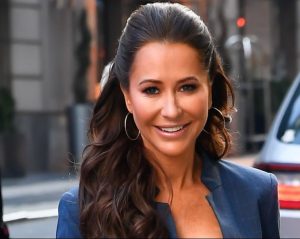 In 2014, Mulroney joined  Hudson’s Bay Company (Kleinfeld branch) as a bridal consultant, and her role later stretched to include consulting, social media, events, PR, and serving as the acting spokeswoman for their CORE Life brand that was launched in fall 2018.

Jessica was a regular stylist for CityLine. She made several appearances on “Breakfast Television Toronto” and was signed by ABC as a style contributor in 2019. She also contributes to Wedding Magazine (Sunwing) regularly.

In 2020, she hosted the CTV reality series ”I Do, Redo”, in which married couples renewed their wedding vows.  On 10 June that same year, she became the subject of controversy after a black brand marketer/lifestyle influencer named Sasha Exeter, uploaded a video on Instagram stating that Jessica Mulroney had bullied and threatened to file a suit against her after Exeter openly called for social media influencers to support black people by using their platforms; according to Exeter, Jess had taken this as a personal attack. Following the massive attention received by Exeter’s video and the reactions that followed, Jessica Mulroney lost her contracts with CityLine, Hudson’s Bay, ABC, and her CTV reality TV series “I Do, Redo” got cancelled. Following the incident, her husband, Ben resigned from “etalk” on June 22.

Outside her life on television, Mulroney combined with her sisters-in-laws Vanessa, Caroline , and Katy Mulroney to found the charity organization “The Shoebox Project for Shelters” dedicated  to assisting homeless/at-risk women. Following the controversy she was mixed up in in 2020 and the harassment she got from Sasha Exeter, Jessica stepped down from her participation in the project. She is a distinguished activist for the Canadian fashion industry.

In 2008, Jess tied the knot with Ben Mulroney. He is the eldest son and second child of Mila Mulroney and former Canadian Prime Minister Brian Mulroney. The husband and wife has been together since the time they got married, and so far, their union has produced three children: a daughter Isabel Veronica Mulroney, (born June 12, 2013), and identical twins, John Benedict Dimitri Mulroney and Brian Gerald Alexander Mulroney (born August 12, 2010).

Jessica and her husband Ben are considered friends of Sophie Trudeau and Canadian Prime Minister Justin Trudeau. She is also Mulroney is considered to be a friend of the Duchess of Sussex, who she met while she was working in Toronto in 2011. In 2018, she and her husband were guests at the wedding of Meghan Markle and Prince Harry, and their children took part as flower girl and page boys.

This beautiful Canadian fashion stylist and marketing consultant currently has a net worth of $10 million. Her career took off perfectly and she worked her way to work for many top brands and prominent people. Having been let down by a controversy which led to the loss of many deals for her, Jessica is yet to fully recover from the trauma and financial loss she has been facing since June 2020 when she became a negative subject. She has lost her deals with the likes of CTV, CityLine, ABC and many others. Despite this downfall, she still maintains her status in the society and has been open for more jobs that would lead her back to finding her previous form. She is best known for for her previous work with Kleinfeld Bridal, host of “I Do, Redo”, and past guest appearances on TV shows “CityLine” and “Good Morning America”. Her work has led her to be associated with the Trudeau family as well as with Princess Meghan Markle .