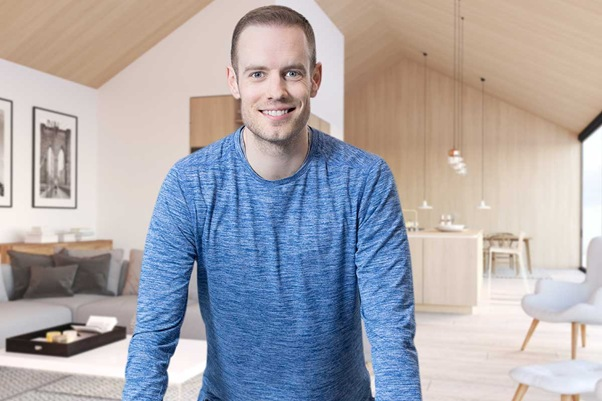 Jesse Willms is a Canadian-born entrepreneur and highly successful digital marketer who has founded over twenty-two unique direct marketing brands with over $600m in global sales. Throughout his relatively short yet extensive career, Willms has established himself as one of the most prolific online sellers and digital marketers of his generation, displaying a wide range of expertise across a number of different industries and areas of interest.

Currently, Jesse resides in Las Vegas, Nevada, and is the owner of several vehicle history websites, which give free vehicle history information to visitors who want to check whether or not the car they want to purchase is reliable or had any previous recalls. What started off as a concept back in 2015 has gone on to become a hugely successful series of websites, with about four million people using his services each month.

Before this, Jesse was managing a series of business endeavors where he was selling health and wellness products over the internet. He created more than twenty-two multimillion-dollar supplement brands between 2007 and 2011, grossing more than $500 million in sales of products, including diet teas, acai berries, teeth whitening cosmetics, and other items. Jesse devised unique marketing strategies for each of the projects, and many of the techniques he used are still implemented by many digital marketers today.

Growing up in Alberta, Canada, Jesse was always fascinated by the business greats who came before him. Willms, unlike most other teenagers his age, spent the majority of his time reading biographies of highly successful investors and entrepreneurs such as Warren Buffet, Bill Gates, and Benjamin Graham, which is how he developed his appreciation for those who were able to achieve wealth and fortune through their skills, knowledge, and experience.

Before long, he decided to put the lessons he learned into practice, and the best way to start doing that was by selling the books he has already read. From this moment, Jesse was introduced to the world of digital marketing and online entrepreneurship, and he quickly discovered that he had a natural talent for it. To his delight, his book-selling venture became a success, which allowed him to make enough money to buy the things he wanted as a young teenager. Unsurprisingly, this led him to drop out of school before he graduated so he could focus all of his attention on his entrepreneurial career.

Using the skills he acquired with his book venture, Willms saw an opening in the computer software industry and realized there was an incredible arbitrage opportunity to be made on buying and selling licensed software. This is when Jesse launched his very first business on the web, eDirect, at just 15 years old.

From then on, Jesse immediately started selling software he acquired cheaply on sites such as eBay, Craigslist, and Amazon. He focused most of his energy on trawling the internet for any margins that would earn him a profit on a resale. Amazingly, his company turned out to be a huge success and he quickly became one of the largest resellers of Microsoft products in the world. Within just one year, he amassed a team of over twelve people, and the company went on to generate over 50 million in revenue.

Jesse then began selling software he had obtained for a low price on sites like eBay, Craigslist, and Amazon. He spent the majority of his time scouring the internet for any margins that would allow him to resell anything for a profit. Surprisingly, his business was a massive success, and he rapidly rose to become one of the world’s largest resellers of Microsoft products. He built a team of over twelve employees in just a year, and the organization went on to earn over $50 million in sales.

In the days and weeks following his successful business endeavors with eDirect, Jesse looked to build on his success. In 2007, he reinvested the profits that he earned from eDirect into 22 multimillion-dollar supplement brands that he founded during a four-year period. In total, these brands achieved more than $500 million in sales. One of the keys to Jesse’s success was his ability to leverage the power of the internet to his benefit. He implemented highly effective PPC campaigns, launched affiliate programs, and knew how to tap into his target market long before many of these strategies became commonplace.

WuYi Tea was just one of the brands that Jesse founded during this time – and it was also one of the most successful and popular of its time. As a tea brand, WuYi Tea was able to build up a massive following and a tremendous reputation as selling tasty, quality teas that people were willing to go out of their way to purchase.

For instance, in just two years, the brand sold more than $100 million worth of tea between 2007 and 2009. The company became known as the #1 oolong tea retailer in the US. From there, Jesse founded Dazzle White, one of the most famous teeth whitening pen products available in the market. This company went on to generate $50 million in sales alone.

By 2010, Jesse had gone on to yet another new endeavor. He started two new businesses, both of which were more concerned with the distribution of information rather than with the sale of a physical product or service. Penguin Leads was an organization whose aim was to make public records more available in a clear, straightforward, and cost-effective manner. He eventually sold the business to maximize shareholder value but used some of the funds and knowledge he acquired onto his new business, Car History Group.

Car History Group is a collection of websites that offers freely accessible automotive history information to interested car buyers and owners. Car History Group and its affiliate websites, such as vehiclehistory.com, continue to attract over 4 million annual visitors who want to learn more about their cars’ history. It has earned praise from a variety of outlets, including USNews, Newsweek, Fox, Detroit News, and Digital Trends, since its inception.

Jesse recently unveiled a new venture to help entrepreneurs get their companies off the ground by supplying them with the funding, tools, and resources they need for their start-ups. Jesse hopes that his new website will offer exciting and entertaining content for aspiring and emerging entrepreneurs to help them further their personal growth, creative ambitions, and business aspirations.

Jesse continues to use what he’s learned in his young career to help spark the flames of creativity and business ideation in the next generation of entrepreneurs by hosting regular seminars and courses on split testing, marketing, product development, and SEO.

Jesse enjoys rock climbing in his spare time and aspires to reach the top of the world’s seven summits. To date, he has visited and summited Africa’s and Australia’s two tallest mountains. Looking forward, Jesse has set his sights on tackling the tallest peak in North America (Denali), showing his desire to adapt what he’s experienced to a new concept or a new challenge.