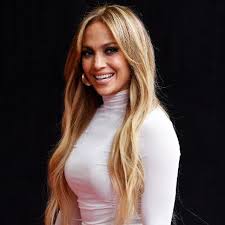 Jennifer Lynn Lopez is one of the best talents in the American Entertainment Industry. She is a Dancer, Singer, Actress, and  Producer. She is a successful and leading lady in the Entertainment industry. J. Lo as we also know her was born on the 24th of July 1969 in Bronx, New York to David Lopez who was a computer specialist and Guadalupe Rodriguez who was a kindergarten teacher. Jennifer Lopez is the middle child between two sisters. She attended Holy Family, an all-girls Catholic school in Bronx,  New York before graduating from Preston High school. This article is on Jennifer Lopez net worth, biography and other interesting facts about her.

As a young child,  J. Lo had always planned to be in different aspects of the Entertainment industry. At the age of five, she started taking dancing and singing classes which later helped her a lot in her chosen career. She also liked listening to different types of music genres especially Afro-Caribbean Rhythms such as merengue, bachata, and salsa,  listening even to Hip Hop, Pop, and R&B.

Jennifer Lopez moved out of her parents’ house at the age of eighteen and rented an apartment in Manhattan because her mother did not like her decision to go into show business.  She got a job in a law firm and still went for dance classes at night.

Jennifer Lopez entry into the Entertainment scene was as a dancer,  dancing in several music videos and stage musicals. She won a national competition in 1990, which enabled her to get a dancing spot in a popular comedy Television series by Fox called ‘In Living Colour’ as one of the ‘fly girls.’ After that, she started getting minor jobs including parts in two television series and a movie titled ‘ Nurses on the Line: The Crash Of Flight 7’ in 1993. The multi-tasking superstar break into limelight came 1997 when she played the role of Selena in the movie ‘Selena’ which was a biographic film of the Tejano Pop Singer Selena Quintillana-Perez who was assassinated by a fan in 1995. She received a lot of commendation for her performance in the film and also a Golden Globe nomination. Jennifer Lopez also starred in the popular ‘Anaconda’ and ‘Blood and Wine’ starring with Jack Nicholson in 1997. Her role in ‘Out of Sight’ as Karen Sisco, a federal Marshall, further sealed her movie star image.

Jennifer Lopez music career took off when her debut Latin Pop album was released on the 6th of June 1999 with her hit single being ‘If You Had My Love’ which went platinum just after two weeks. Her second hit song got her a nomination for Best Dance Performance. She played the role of a child psychologist helping to track a serial killer in the Sci-Fi Thriller ‘The Cell’ in the year 2000.

Jennifer Lopez hit new heights when her album ‘J. Lo’ peaked to number one on Pop charts in 2001 and also her film ‘The Wedding Planner’ a romantic comedy reached the top spot on Box Office on the first week of its release. She released her song ‘This Is Me’ and also played a role in the comedy ‘Maid in Manhattan’ in December of 2002. In 2003, J.Lo starred in three Box Office hits;  Gigli, Jersey Girl, and An Unfinished Life. She returned on screen in 2006 in the movie ‘ElCantante’ a biography film of Hector Lavoe, a salsa singer where she played the role of Puchi- Hector Lavoe’s Wife.  She released her album ‘Como Ama Una Mujer’ which was a Spanish language album that did well on Latin and Pop Charts.

In 2010, Jennifer Lopez announced her plans to replace Ellen DeGeneres on the 10th season of American Idol as the New female Judge. She also returned for the 11th season, the 13th and the final season.

Jennifer Lopez released another album in June 2014 titled. K. A’ and also joined in collaboration with Pitbull and Claudia Leitte on the song ‘We Are One’  for the FIFA World Cup 2014.

In July of 2016, NBC announced their Partnership with Jennifer Lopez for a dance competition called ‘World of Dance’, with $1 million as the prize money. The show started in May 2017 and also had a second season.

Jennifer Lopez got married in 1997 to a Cuban waiter and Model, Ojani Noa before divorcing after a year. She later had a long and publicized relationship with Sean ‘Puffy’ Combs before separating. She began dating Cris Judd, a dancer shortly after separating with combs. Cris appeared in the music video of her hit song ‘Love Don’t Cost a Thing.’ They later announced their engagement in  August 2001 and then got married in September 2001. They divorced after nine months.

Later in 2002, Jennifer Lopez started dating Ben Affleck,  an actor and got engaged to him in November 2002, then breaking up with him in 2004. She got married to Marc Anthony,  a singer at a private wedding in her mansion in Los Angeles. She announced being pregnant on the 7th of November 2007 and gave birth to twins on the 22nd of February 2007. She had a boy- Maximillian Max Muñiz and a girl- Emme Maribel Muñiz. J. Lo and Marc Anthony announced their plan to separate in July 2011.

In 2011, Jennifer started a relationship with Casper Smart, one of her backup dancer and it ended in 2016. She revealed her growing relationship with former baseball player Alex Rodriguez in the December issue of Vanity fair in 2017.

Jennifer Lopez has twins, Max and Emme who are ten years old at the moment. Her boyfriend, Alex Rodriguez has two kinds Ella (10) and Natasha, aged 13 also. When asked if she and her boyfriend would be doing the Wedding thing soon, She said that they were doing things at their own pace and having a wonderful time. She is just so grateful to be surrounded by Love and doesn’t need anything more at the moment.

Jennifer Lopez is an award-winning multi-tasking superstar. She has received well over 241 Awards ad 341 nominations. We cannot even begin to cover them all.  In 2000, she got Best Dance Video award for waiting for Tonight music video.  In 2001, she got the MTV Best Dressed award in the movie ‘The Cell’ at the MTV Movie and TV Awards. Best Hip Hop Video for  I’m  Real-Remix at the 2002 MTV Video Music Awards.  In 2003, she earned a Guinness world record for first remix album on Billboard 200 for her album ‘J to the Lo-The Remixes’. Here first remix album was the first to reach a number one spot in the United States. She had received honorary awards from World Music Awards in 2010.  One other significant Award was that received for her music video “ On the Floor” which tagged her the “Highest Viewed Female Music Video of all Time” by the Guinness Book of Records in 2014. She has also received the landmark stat on the Hollywood Walk of Fame (2500thstar). Also, she received the World Icon Award at the Premios Juventus held in 2013.  She was also the first Woman to receive the Billboard Icon Award and was also awarded the “Telemundo Star Awards” by the Billboard Latin Music Awards in 2017. In 2007, she was deemed the number one spot for the “100 Most Influential Hispanics” ( People en Espanol). She has also topped the Forbes List at one time (2012).  In 2008, She wore an exquisite dress which was nicknamed by the Telegraph as the Green Versace dress and given the honorary position as the 5th Most Iconic Red Carpet Dress.  She once received the titled as the World’s Most Beautiful Woman by the People Magazine in 2001. The Amnesty International has also given her many awards as well as awards received by the Human Rights Campaign.

Jennifer Lopez is worth an estimated $400 million. 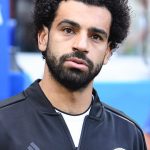 Mohammed Salah Net Worth, Age, Biography and Awards
Next Article 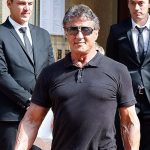