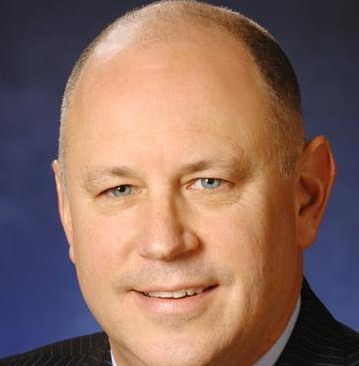 Jeffrey Sprecher is a successful American businessman. He is the founder, chairman and chief executive officer of Intercontinental Exchange. He is also recognized as the chairman of the New York Stock Exchange, and has had quite a successful run in the commerce industry. Read on for full details on Jeffrey Sprecher biography, and his successful career story that now serves as a source of inspiration to younger entrepreneurs and other business persons.

Jeffrey Craig Sprecher was born on 23 February 1955 in Madison, Wisconsin, United States. He was raised in this place, and he attended the James Madison Memorial High School. He was a member of Wisconsin Alpha Chapter of the Sigma Alpha Epsilon.

He attended the University of Wisconsin-Madison, graduating with a bachelor’s degree in chemical engineering in 1978. In 1984, he graduated from Pepperdine University with a Master of Business Administration.

After his graduation, Sprecher got a job at Trane, where he met Will Prentice, who was building power plants following deregulation. Prentice invited him to Western Power Group and gave him a job in 1983. The Energy Policy Act of 1992 faded and deregulation started in the electric industry. Those working in the electric industry soon realized the importance of real-time, continentwide transactions, which was made possible by Power Exchange technologies whereby  businesses and consumers may be able to choose an energy provider the same way that people shop for long-distance telephone service.

In 2000, Jeffrey Sprecher started Intercontinental Exchange (ICE) as an online marketplace for trading energy in Atlanta. After the firm approached Enron to be a patron, Enron launched its own competing electricity trading company, which soon dominated the market. Enron’s market model was to purchase from every seller and then sell to every buyer. Wall Street bankers, particularly Morgan Stanley and Goldman Sachs, supported him and he launched Intercontinental Exchange in 2000 (giving 80% control to the two banks who spread out the control among British Petroleum, Shell, and Total in return). When Enron’s exchange crashed in 2001 in the Enron scandal, Intercontinental Exchange’s business exploded. Since then the company has diversified and expanded including making several important acquisitions, including: Super Derivatives (in 2014), Interactive Data Corporation (in 2015), International Petroleum Exchange (in 2001), Climate Exchange (in 2010), NYSE Euronext (in 2013), New York Board of Trade (in 2006), The Clearing Corporation (in 2009), and Creditex (in 2008). In November 2013, Intercontinental Exchange announced its acquisition of Singapore Mercantile Exchange, in addition to its list of already acquired businesses.

Jeffrey Sprecher and United States Senator Kelly Loeffler have been married since 2004. They live peacefully in their 15,000 square foot estate called Descante in Tuxedo Park, Atlanta, Georgia, which was purchased for slightly over $10 million.

A graduate of the University of Wisconsin-Madison, Jeffrey earned his MBA from Pepperdine University before going in deep into business. He founded the company Intercontinental Exchange, and currently serves as its chairman and chief executive officer. Together with his beautiful wife United States Senator Kelly Loeffler, Jeffrey Sprecher sold stock worth millions of dollars in companies vulnerable to the Coronavirus pandemic after learning vital information in 2020. The couple’s estate in Atlanta is said to be the most-expensive home ever purchased in Atlanta proper. It is a $10.5 million estate located in Tuxedo Park in Atlanta, Georgia.

This businessman started to experience real gains and increase in his fortune after he established his own business, called the Intercontinental Exchange. He was heavily backed by Wall Street bankers, particularly Morgan Stanley and Goldman Sachs, and he launched the Intercontinental Exchange in the year 2000 (giving 80% control of the venture to the two banks who spread out the control among British Petroleum, Shell, and Total in return). In 2001 his business exploded, and he went on to make major acquisitions in the form of purchasing several smaller companies, including: Super Derivatives, Interactive Data Corporation, International Petroleum Exchange, Climate Exchange, NYSE Euronext, and several others.

An accomplished and famed American businessman and entrepreneur, Jeffrey Sprecher has a net worth of $500 million as per the time of filling this report. He is best known for being the founder, chairman and chief executive officer of Intercontinental Exchange. He is also recognized as the chairman of the New York Stock Exchange, and has had quite a successful run in the commerce industry. Through his wealth, his wife Kelly’s net worth of $500 million has earned her the recognition of the richest member of Congress.