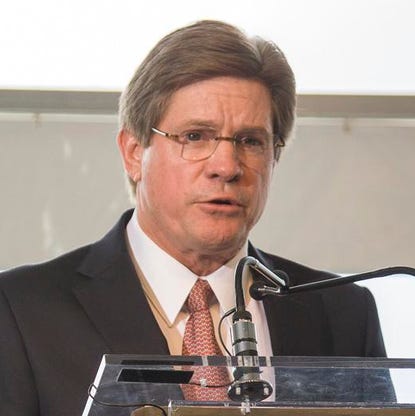 American businessman and entrepreneur Jeffrey Hildebrand founded Hilcorp in 1989 with two business partners, after a stint at Exxon. Like many oil patch start-ups, his company, Hilcorp grew by acquiring proven fields that bigger and established competitors considered too small. Using advanced technology, Hilcorp boosted well production, and has since become popular for sharing its success: in 2011 each of the company’s 699 employees received a bonus of $50,000 toward a new car in a scheme that was designed to reward company staff for doubling the production rate, company’s value, and reserves over five years. These double again by 2015, and each employee received bonuses of $100,000.

An early shareholder of the Eagle Ford Shale, Mr. Hildebrand sold his interests to Marathon Oil in 2011 for $1.4 billion (more than ten times his initial investment) and has plowed the profits into other shale plays, such as the offshore fields of Cook Inlet, Alaska, as well as the Utica, in Ohio. This couldn’t have come at a more convenient time for Cook Inlet. After production decreased under previous owners, services in southern Alaska feared having to close down in the dead of winter. But Hilcorp is boosting output as usual and has so far provided enough gas to keep those companies and their various plants running through the next couple of years. Mr. Hildebrand and his wife, Mindy, are known to be regulars on Houston’s social circuit and have donated to the Contemporary Arts Museum and the Houston Zoo.

In 1981, he received a bachelor’s degree in geology from the University of Texas at Austin. He later revisited the same institution for a master’s degree in petroleum engineering in 1985.

Mr. Hildebrand is also recognized as a distinguished engineering graduate of the Cockrell School of Engineering at the University of Texas at Austin.

After completing his education, Jeffery Hildebrand worked for several companies including the American Energy Capital Corporation, Exxon Company, and the Dan A. Hughes Company, until he started his own company with two business partners in 1990. His company, Hilcorp Energy Company, is an oil and gas exploration and production company. He bought out his partners for $500 million in 2003.

Amid the COVID-19 pandemic, Governor Greg Abbott, in April 2020, named Jeffrey Hildebrand to the Strike Force to Open Texas – a group responsible for finding safe and effective ways to reopen the state amid the pandemic.

Mr. Hildebrand is married. He is a proud father of three children.

He resides in Houston, Texas with his family and plays polo as one of his leisure activities.

Jeffrey Hildebrand has a net worth of $5.7 billion dollars. A resident of Houston, Texas, this American billionaire businessman is considered as one of the richest people in Texas. He started making his money as soon as he completed his education at the University of Texas at Austin by working for several companies and organizations including the American Energy Capital Corporation, Exxon Company, and the Dan A. Hughes Company, until he started his own company in 1990. His company, Hilcorp Energy Company, is an oil and gas exploration and production company. It has grown exponentially over the years. He also owns many oil fields in Alaska and in Ohio.

Mr. Jeffrey Hildebrand’s net worth was pegged at $1.9 billion back in 2010. He doubled his hustle within the past decade and made numerous notable investments and paid more attention to the businesses he founded and manages, and his wealth has nearly tripled within this period. He is the 77th richest American citizen. 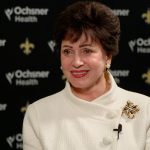 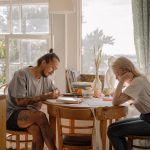