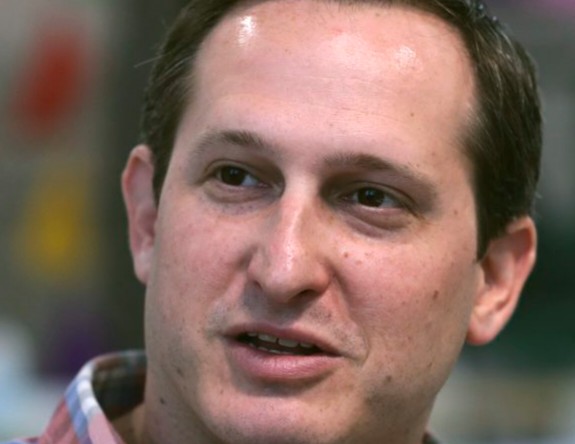 Jason Robins is a successful American businessman and entrepreneur who is best known for being the Chief Executive Officer of DraftKings.  He co-founded the now famous daily fantasy sports and sports betting platform DraftKings in 2012 with Paul Liberman and Matthew Kalish. The three men were former Vistaprint employees. In 2017 Robins revealed that DraftKings had an approximated eight million users. DraftKings became the first daily fantasy sports corporation in history to sign a league partnership when in 2013, they signed a partnership deal with Major League Baseball. The company went on to form partnerships with NASCAR and also the National Hockey League. DraftKings is also the elite partner of twenty seven Major League Baseball teams as well as seven National Hockey League teams, seven National Basketball League teams, and twelve National Football League Teams. The Duke University graduate, Jason Robins, has been a driving force and an influential personality in the company. He has also invested in a number of other companies, including the likes of Trufan and LovePop, all of which also account for the majority of Jason Robins net worth. Continue with reading this article to find out Jason Robins biography and success story of how he has made his wealth from his own creativeness.

Robins was born in the United States of America. He earned his bachelor’s degree from Duke University, and resides in the Boston, Massachusetts area. 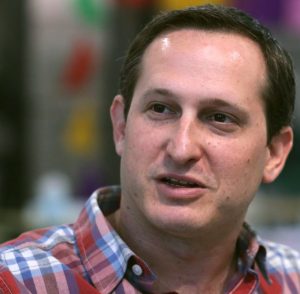 Together with his two friends Paul Liberman and Matthew Kalish, Jason Robins created DraftKings in the year 2012 as an alternative to the usual season-long fantasy football. Three years later, their business was able to have raised $375 million in financial support and boasts of nearly $1.5 billion in valuation. Draftkings went on to strike marketing mega-deals with top brands like UFC, NASCAR, Major League Baseball, and Major League Soccer, as well as a partnership with ESPN. It also acquired two smaller competitors StarStreet and Draftstreet, and thus expanded their brand as the daily fantasy industry continued to grow in popularity. DraftKings,is suddenly everywhere today—but so is its biggest rival FanDuel. The two brands are in an arms race for new users and team partnership. Jason, a lifelong sports geek, is unfazed, gambling on his company’s technology and broader array of sports.

Today, the popular daily fantasy sports platform DraftKings is proud to serve more than 10 million users, according to its co-founder and Chief Executive Officer, Jason Robins. The Company has raised more than $715 million in funding, earning it the reputation of “unicorn” start-up, credits to a valuation of $1 billion as of March 2017. After dealing with regulatory uncertainty and large operating losses in recent years, DraftKings could now witness that valuation rise even higher after the extremely beneficial United States Supreme Court ruling allowing the legalization of sports gambling in states.

When Jason launched Draftkings in 2012, it was intended to be just a side hustle. He remained committed to his other small jobs with the hopes of gathering a decent sum of money enough to fund the early development of his website. At that time, Robins was employed at digital marketing startup “Vistaprint” as a marketing executive and analyst. He was a fanatical fantasy sports player, combining up to 200 leagues every year. When his friend Matthew Kalish suggested that they build a website where fans of fantasy sports could make bets on player statistic daily, giving them the opportunity to win money on a daily basis rather than wait until the end of a whole sport’s season, the group bought the idea and set out to save up some cash to realize their dream. As the three co-founders nurtured the idea into a real website, they needed money to hire programmers and also to pay for initial startup costs as well as for early marketing campaigns. They also needed sufficient money to give jackpot prizes to winners. The obvious solution to their problem was to sought outside funding. Some early potential investors were discouraged by the fact that the founders of DraftKings co- were still working their regular jobs instead of being fully committed to the fledgling website.

Jason Robins and his co-founders never nursed any doubt that they would quit their day jobs once their own start-up had the support of serious investors. In fact, when DraftKings eventually secured funding, its first outside funding was a remarkable $1.4 million investment round that was led by Cambridge-based venture capital company Accomplice. In the summer of 2012, the three friends quit their full-time jobs after about a year spent building and developing DraftKings. By the end of 2013, DraftKings had raised a total of more $35 million, with even the Major League Baseball investing an unrevealed amount in the site. In 2015, DraftKings passed more than $1 billion in total payouts to its customers for the year.

DraftKings has certainly had its share of ups-and-downs, but Robins and his friends have never backed down on the company they built from the ground. For them, what they have developed is a dream come true, and they have continued to receive praise and accolades for their creativeness and innovation.

This accomplished businessman and entrepreneur is best known as the Chief Executive Officer of the daily fantasy website DraftKings. As of this writing Jason Robins net worth is $150 million. He owns 187,500 shares of Draft Kings which are worth around $75 million (presuming a price per share of $40). To date, has sold $70 million worth of DraftKings stock and earns a base salary of $1.2 million.