James Dolan is an American businessman, philanthropist, and entrepreneur who previously served as the chief executive officer of Cablevision until June 2016 when it was sold. He is the current executive chairman of MSG Networks and chief executive officer and executive chairman of Madison Square Garden Entertainment and Madison Square Garden Sports. Hardworking, reliable, and multi-versatile, James, in his capacity as the companies’ chairman, monitors and coordinates all operations within the businesses and oversees the daily activities of its professional sports teams, the New York Rangers and the New York Knicks. He also supervises the operations of the companies’ regional sports networks, MSG Network and MSG Plus.

He was born James Lawrence Dolan in the United States on May 11, 1955. His father was the founder of Cablevision. After completing his high school studies, he decided to pursue other areas of interest instead of furthering his studies.

James was one of six children of billionaire Charles Dolan and his wife Helen Ann. Unlike James who inherited the whole of his fortune and place in life, his father, Charles actually built his fortune from scratch through steady management and commitment over decades. Charles and his wife got their start in the media business by packaging sports clips and selling them around the country. The couple eventually founded their company Sterling Cable which managed cable companies in New York. They also founded several more companies, some of which they sold. Some notable mentions are the Manhattan Cable division, Cablevision Systems, and Home Box Office, with the Cablevision Systems expanding to penetrate millions of homes around the United States in the 2000s.

He is a nephew of American business magnate Larry Dolan, the man who owns Cleveland Indians.

Originally, James Dolan started his career in the music business. He suddenly switched to major in communications at SUNY New Paltz and started working in his father’s company, Cablevision, and played many roles in several departments including sales before being sent off to Cleveland by his father to manage a newly launched sports radio station.

James became CEO of Cablevision in 1995. He eventually emerged from his father’s shadows and started to manage several businesses on his own. His ambitious professional life has included several failures, which include acquiring the deteriorating Wiz electronics and entertainment chain, which led the businessman to incur up to $250 million in losses before being liquidated. He also invested in the Clearview Cinemas chain which hasn’t generated any significant revenue to date. 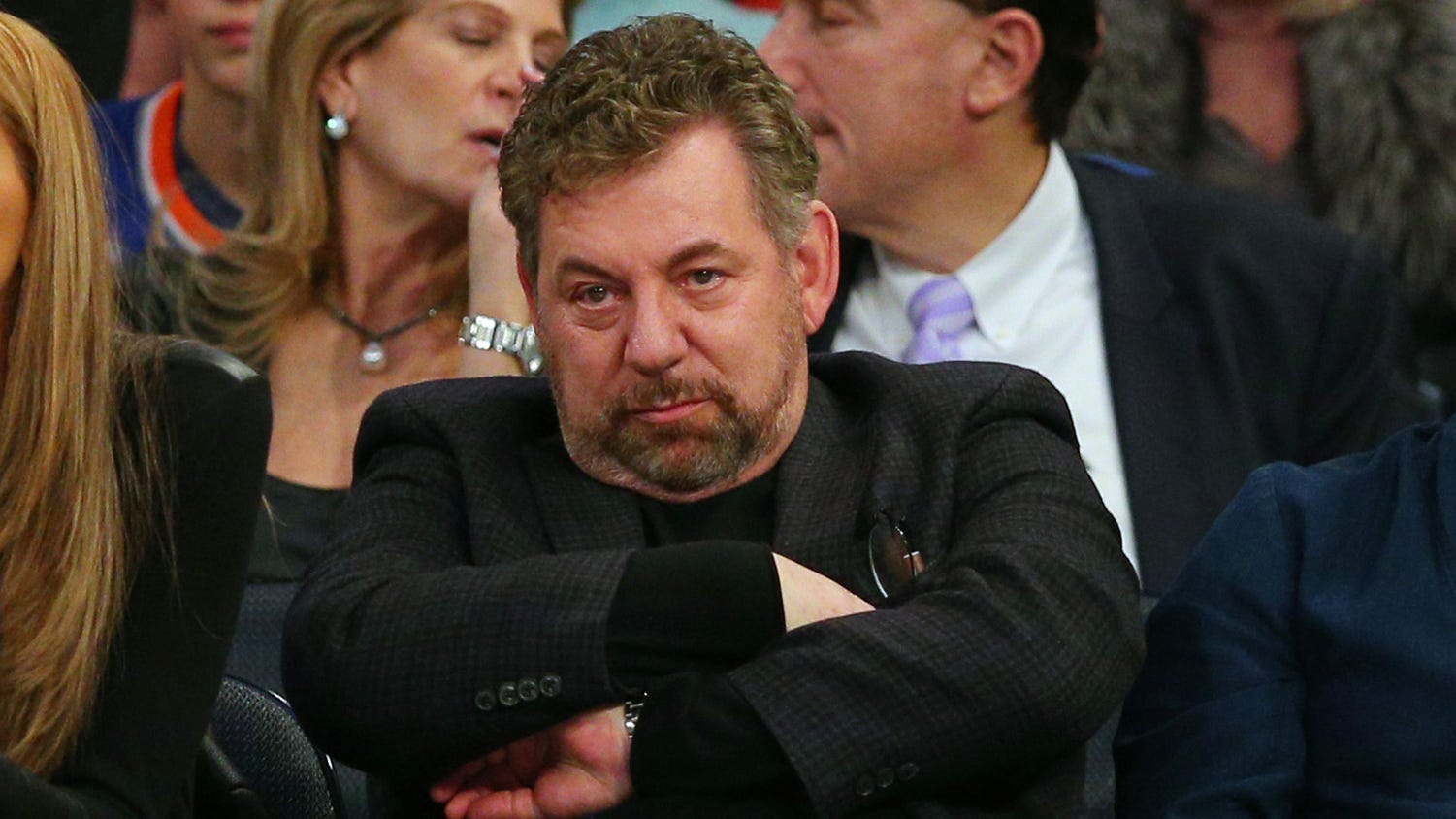 Previously, James served as the chief executive officer of Cablevision until June 2016. He currently serves as executive chairman of MSG Networks and chief executive officer and executive chairman of Madison Square Garden Entertainment and Madison Square Garden Sports. His responsibilities include superintending the everyday activities of the company’s professional sports teams, the NHL franchise New York Rangers and the New York Knicks of the NBA. Other sports teams he controls are and the American Hockey League’s Hartford Wolf Pack and New York Liberty of the Women’s National Basketball Association. James is a governor of the Rangers and Knicks to their respective leagues. He also manages the operations of the sports networks MSG Network and MSG Plus, both of which also belong to his company.

James Dolan is also deeply concerned with philanthropy. He has supported several charitable causes involving areas like youth education, pancreatic cancer research, and brain disorders. He has supported fundraisers that raised an initial $50 million for the Hurricane Sandy victims, $35 million in aid for victims of 9/11, and $9 million for Hurricane Katrina relief.

He supports MSG’s commitment to the Garden of Dreams Foundation, the foundation that partners with MSG to support children facing obstacles in the New York metropolitan area.

Dolan and his wife of many years live on Long Island. He has six sons from his two marriages.

Throughout the beginning of his adult life, James Dolan battled drug abuse and alcohol problems and was known for his volatile temper. In 1993, he went to rehabilitation at Hazelden hospital in Center City, Minnesota. He was diagnosed with COVID-19 on March 28, 2020.

James always wanted to become a musician when he was younger. These days, he does karaoke for leisure and also performs rock as the singer for the band JD & The Straight Shot. On August 1, 2018 the band released the track titled “I Should’ve Known” related to his own experiences committing sexual harassment. Their album, “The Great Divide”, was released in October 2018.

Also known by his blues-man moniker, “J.D.”, the American businessman and professional karaoke singer, James Dolan, owns a $2 billion fortune as of today. His main source of income is The Madison Square Garden Company where he works as chief executive. This in turn, puts him in charge of several businesses and sports franchises which definitely adds to his wealth.