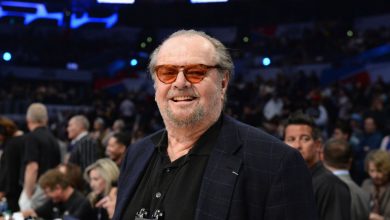 Jack Nicholson is an amazing American artist who has been active for over 60 years. He is American actor, director, producer and screenwriter. Read through this article for all the refreshing details on Jack Nicholson Net Worth, Biography, Career, Movies, Awards, Marriage, Family, Children and More.

Who is Jack Nicholson?

Jack Nicholson, born John Joseph Nicholson on April 22, 1937, in Neptune, New Jersey, Untied States is one of the most recognized motion-picture actors of his generation.

He made his acting debut in 1958 when he appeared in The Cry Baby Killer. Afterwards began to build his career by making guest appearances in television series and other minor roles.

His hard work and resilience paid off when his breakthrough in the film industry came in 1969 with the film Easy Rider. His performance in the 1969 film saw him get nominated for an Oscar for the first time. His intriguing performance in the 1975 film One Flew Over the Cuckoo’s Nest ensured he won a Best Actor Oscar for the first time. This feat was closely followed by a chain of wonderful performances in several films including Terms of Endearment in 1983 which won him a second Oscar, and was closely followed by strings of quality performances, fame, Awards and accomplishments in the following years of his masterpiece career which went on for up to six decades.

Jack Nicholson also served in the US military, joining the California Air National Guard in 1957. He performed weekend drills annual training as a firefighter that was assigned to a unit based at the airport in Van Nuys. In 1961 during the Berlin Crisis he was called up for months of extended active duty, and  was discharged in 1962 at the end of his enlistment.

In over six decades of the actor’s amazing career, some of the movies he has featured in includes the following: Corman’s World: Exploits of a Hollywood Rebel, The Bucket List, About Schmidt, Blood and Wine, A Few Good Men, Batman, Terms of Endearment, Goin’ South, One Flew Over the Cuckoo’s Nest, Chinatown, Carnal Knowledge, Easy Rider, and Little Shop of Horrors.

Over 60 years of hard work and success saw Jack Nicholson earn a host of Award nominations, some from which he eventually picked up awards.

He has won the Academy Awards thrice out of twelve nominations. He is notable for being one of the two actors ever to have been nominated for Oscar Awards in every decade, starting from the 1960s through to the early 2000s.

In addition to the above mentioned, he has seven Golden Globe Awards, and got a Kennedy Center Honor in 2001. In 1994, he received the Life Achievement award of the American Film Institute, making him one of the youngest actors to win the award.

Jack Nicholson is a father to five children – Jennifer Nicholson, from his marriage to Sandra Knight, which was dissolved in 1968, Caleb James Goddard with Susan Anspach, Honey Hollman with Danish model, Winnie Hollman, and the last two – Lorraine and Ray Nicholson with Rebecca Broussard.

The Hollywood actor has only been married once – in 1962 to Sandra Knight, in a marriage that lasted only for four years. His longest relationship was with actress Angelica Huston from 1973 to 1990; and ended when Rebecca  Broussard become pregnant for the actor.

Jack Nicholson’s passion and dedication in all the years he spent in the cinematic world and show business has seen him amass an estimated net worth of $400,000,000 (Four Hundred Million US Dollars).

He’s quite well known for his collection of houses, cars, and artworks. He has been collecting artworks since 60s, including  works by Rodin, Matisse, Picasso, Matisse, among other’s. 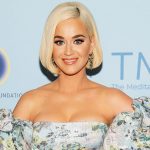 Katy Perry Net Worth 2022 : Age, Husband and Albums
Next Article 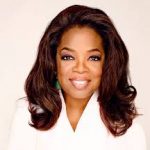