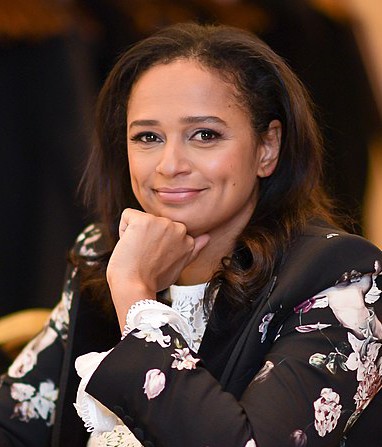 Isabel dos Santos is a businesswoman from Angola. She is Africa’s richest woman and the first child of José Eduardo dos Santos, the former President of Angola who ruled the country for 38 years from 1979 to 2017. In 2013, according to Forbes, Isabel dos Santos net worth had exceeded $2 billion making her the first female US dollar billionaire in Africa. Forbes described that she acquired her fortune by taking stakes in companies running businesses in Angola, suggesting that her wealth originates almost entirely from the power and connections of her family. She was named one of the 100 most influential women in the world by BBC in November 2015. Today, Isabel dos Santos net worth is estimated at $1.6 billion.

Africa’s richest woman was born on 20 April 1973 in Baku, Azerbaijan SSR, Soviet Union. She is the first child of José Eduardo dos Santos (former President of Angola) and his first wife, Russian-born Tatiana Kukanova whom he met as a student in the then Soviet republic of Azerbaijan. Her father’s parents are from São Tomé and Príncipe.

When she graduated from the University in London during the 90’s, she returned to her home country Angola in her early 20s during the time her father was still the president of the nation. It was her father’s position and her family’s connection that opened many doors and paved the way for the young entrepreneur. Although Isabel has taken managerial positions in some European companies, some of her most significant sources of income and wealth were centered in Angola.

After returning to the capital of her country, Isabel started to work for a company that had recently won a huge contract through the Angolan government. She also started a trucking business. Single handedly, Isabel dos Santos foresaw the rise of lucrative telecommunications businesses in the country – a nation that still made use of walkie-talkies for the most part. In addition to becoming actively involved in telecom, she also opened one of Luanda Island’s first nightclubs, as well as owned a big cement business in Angola.

These initial businesses raised a platform for future success for the president’s daughter, and soon, she was expanding on an international scale. In particular, she dedicated attention on investing in various companies in the European country of Portugal, including ventures related to telecommunications and banking. She has also engaged in the diamond and oil business on an international scale and has invested massively in these areas. Many of her businesses are based in the Netherlands.

Isabel dos Santos attended King’s College in London where she met her husband from Zaire (now Democratic Republic of the Congo), Sindika Dokolo son of a wealthy man from Kinshasa and his Danish wife. The pair got married in 2002 and have 3 children together.

Since 2018, the Angolan Government has been trying to start criminal proceedings against Isabel dos Santos for past corruption crimes which may have led to the county’s ongoing recession crisis. However, she has remained in exile in Portugal.

On 30 December 2019, a court in Luanda ordered the freezing of her Angolan bank accounts and also the seizure of her stake in companies, including Banco de Fomento Angola and Unitel. Two weeks later, the Government of Angola announced it was preparing the legal battle to confiscate the assets of Isabel dos Santos in Portugal, a process that has already begun in the form of legal documents sent to Portugal to stop the transfer of money from Portuguese Commercial Bank to a bank in Russia.

In the meantime, Isabel is under investigation in Portugal as well and has since assumed the United Arab Emirates (UAE) as her official country of residence.

Recognized worldwide as the richest woman in Africa, Isabel is also regarded as the first female billionaire in Africa. Despite her financial success, the Angolan businesswoman is a controversial figure in many circles, and has been accused of corruption. Whatever the case may be, her decisions has had an enormous impact on her country Angola and, to some extent, the whole world. She was named one of the 100 most influential women in the world by BBC in November 2015.

Since 2008 she has made her primary interests the energy industry, finance, retail, media, and telecommunications, both in Angola and in a number of other countries including Portugal and the Netherlands. In addition to Isabel’s commercial interest in diamonds and oil she also owns shares in Nova Cimangola, a cement company in Angola. Jadeium, a company also held by the businesswoman, owns 4.918% of ZON Multimedia shares from Telefonica of Spain.

Through Unitel International Holdings BV, a company based in Netherlands that is controlled by Isabel, the daughter of the former President of Angola is the major shareholder of ZON Multimédia with 29% since 2012. She is a founding member and member of the board of the Angolan bank in Lisbon, “Banco BIC Português”, and through Santoro Holding, she holds about 20% stakes at Banco Português de Investimento. Isabel dos Santos has other major stakes with Sonangol, an Angolan state oil company through their mutual European Law holding, situated in the Netherlands, named “Esperanza Holding”, in Portuguese Galp Energia.

Isabel dos Santos net worth is estimated at $1.6 billion.