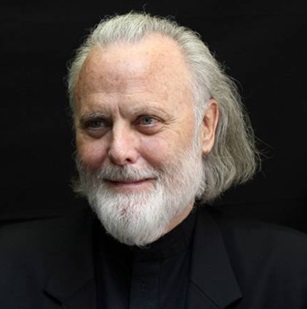 Isaac Tigrett is Tennessee-born American businessman who is best known as the co-founder of the ventures House of Blues and Hard Rock Café. The graduate of Centre College opened the first Hard Rock Café in 1971 with Peter Morton in London’s Mayfair district. Their business known as the Hard Rock Café is known as the first theme restaurant chain in the United States and the world at large, and Tigrett bought out his partner for the original location in London, as well as those situated in the East of the Mississippi before they sold their interests to the Rank Organization. In 1992, Isaac Tigrett partnered with Dan Aykroyd and established the House of Blues in 1992. Harvard University was also an investor in their business before Disney also invested. Six years later, he left the venture and started “The Spirit Channel” which focused on offering services related to spirituality. He also launched the Bozo Project in 2004, and as of today, Isaac Tigrett net worth is estimated at $500 million. His wealth has been generated over the years through his active involvement in many businesses.

Isaac Tigrett was born on 28 November 1948 into a well-to-do business family. He was raised in Jackson, Tennessee, United States, where he was born, until the age of fifteen. He was expelled as a boarding school student at McCallie School in Chattanooga, Tennessee. He then joined and graduated from Baylor School in Chattanooga. He acquired his higher education from Centre College, which in 1997, gave him an honorary degree for promoting racial harmony and African American culture.

On June 14, 1971, as a young man of 23, he joined hands with Peter Morton and opened a restaurant named Hard Rock Café (HRC). It was the first of it’s kind in London’s fashionable Mayfair district. The restaurant combined American Cuisine, memorabilia related to rock ‘n’ roll and rock music. Eventually, their idea of a cafe-music-museum concept became popular and in a short time the restaurant opened units in several parts of the the world. Hard Rock Café was the first
theme restaurant chain in the United States and the world at large.

After working together for a couple of years, Tigrett bought Morton out, and got hold of the original Cafe in London including the rights to the name (HRC) in most of the world including the United States states East of the Mississippi; Peter Morton had rights to the name in Australia, Columbia, Israel and in states West of the Mississippi. Eventually the two businessmen sold their interests in the Hard Rock Café to the Rank Organisation.

In 1992, Isaac Tigrett combined with entrepreneur Dan Aykroyd and started the House of Blues (HOB). Harvard University was in the business initially as an investor, and a similar model was opened in Cambridge, Massachusetts. Soon enough, the Disney company and Andrew Filipowski came on board and invested in the venture. Contradictory opinions between Isaac Tigrett and the other board members of the House of Blues over operations led to Tigrett leaving the venture in 1998, just six years after it was established. House of Blues was later sold to Live Nation in 2006.

In the late 1990s, he once again came up with another venture which he called The Spirit Channel. This enterprises focused on offering services related to health, wellness, and spirituality through traditional media, the Internet, and physical locations. However ,this venture failed to take off. Never known as the man with a relenting spirit, Tigrett launched yet a new venture in 2004 which he called the Bozo Project. This venture focused on the restaurant business and proved to be successful and profitable to the American businessman.

Isaac Tigrett married Maureen Cox Starkey in 1989. She was the ex-wife of Ringo Starr, a drummer for the American rock band Beatle. They had a daughter, Augusta King Tigrett in 1987 before Maureen passed away in 1994 due to leukemia.

Tigrett has stated that he was influenced by his guru, Sathya Sai Baba. In a BBC documentary titled “The Secret Swami”, Tigrett revealed that he believed that the truth to the rumors of Sai Baba’s actions [of sexual abuse and pedophilia towards some of his underage male followers] existed. He has also mentioned that such behavior would not alter his belief in Sai Baba.

Tigrett’s wealth is the result of his engagement in a chain a businesses starting from the time he was only 23 years old. The American businessman is best known as the co-founder of several ventures such as House of Blues, Bozo Project, The Spirit Channel, and Hard Rock Café. He has fought for, and earned his well-deserved place as one of the richest people in the world by means of hardwork, and his successful career is an inspiration to many entrepreneurs in the world.

Isaac Tigrett net worth is estimated at $500 million.