Chinese Filipino business tycoon, Henry Sy, was the founder of SM Group and the chair of SM Prime Holdings, the Philippines’ biggest retailer and shopping mall operator. He is remembered for his legacy in business having started with a small shoe store in Manila, which eventually grew to become one of the largest retail groups in the country. SM Prime is the Philippines’ biggest shopping mall developer and is run by his son Hans. The largest bank in the country, called Banco de Oro Unibank, is run by his daughter Teresita Sy-Coson. Known as the “father of modern Philippine retail” and considered the richest person in the Philippines during his prime, Mr. Henry Sy died on Saturday the 19th of January 2019 at the age of 94. This article bears all the details you seek regarding his life, career, and many interesting facts.

The late businessman was born Henry Tan Chi Sieng Sy in Fujian, China, on October 25, 1924, When he was 12 years old, he moved with his parents and siblings to the Philippines in search of a better life.

His father ran a small business selling a variety of wares, but the Second World War left the family with nothing to their name when Manila was destroyed. At his father’s shop, Henry Sy helped sell sardines, rice, and other household merchandise.

His family later decided to return to China, but Henry stayed behind in Manila to pursue his education. He earned a business degree at Far Eastern University, graduating in 1950.

After struggling for several years, Mr. Sy opened his first business in 1958. It was the beginning of what would later diversify into property development, banks, and numerous other businesses.

Henry Sy opened the first ShoeMart in the year 1958 after a stint selling surplus boots. His business later became known simply as SM.

From a tiny shop in the town of Manila, SM grew into a behemoth, with more than 60 department stores, over 50 supermarkets, and around 200 smaller grocery stores. SM reported revenues of $6.7 billion in 2016. The chain also operates 6 malls in China.

In 1972, the first SM department store in the downtown Quiapo district was launched. That same year, the dictator Ferdinand Marcos introduced martial law, plunging the country into nearly twenty years of brutal rule.

Mr. Sy was chairman emeritus of SM Investments later in his life. In 2006, he launched the SM Mall of Asia, his flagship mall, attends to thousands of visitors every day. The mall has become a major tourist attraction.

Mr. Henry Sy was also a philanthropist whose charitable foundation contributed in various ways to universities and education. He is described as a man who valued leading a simple life and helping the underprivileged in society.

Mr. Sy died in his sleep on January 19, 2019, and was discovered in the morning in his home in Forbes Park, Makati. He was buried at the Heritage Memorial Park in Taguig, on the 24th of January.

His elder daughter, Ms. Teresita Sy-Coson, and son Henry Sy Jr. are vice chairwoman and vice chairman of SM Investments. His other son Harley is the executive director of the company. Mr. Sy’s longtime protégé, Jose Sio, is the new chairman of the group.

The Philippine businessman, Henry Sy, had a net worth of $19 billion dollars at the time he died in 2019. During his life, his wealth made him the wealthiest person in the Philippines. He was born to a dirt-poor family in a small Chinese town, but nothing was going to stop him from pursuing his dream of changing his family’s story.

His first shoe store was launched along with his own company, SM Prime Holdings, back in the 1950s. It took less than fifteen years for his small shoe store to grow into SM Quiapo, the first department store for SM, which later grew into SM Supermall.

At the peak of his career, Mr. Henry Sy owned 42 malls, and 28% of Atlas Consolidated Mining. He was the owner of Chinabank, and served as the Chairman of Banco de Oro. He also acquired Equitable PCI Bank which he merged with Banco de Oro in 2007. Not only that, but he owned 56 percent of SM Investments, a company that he founded and led as chairman, Jan Kulczyk Net Worth, Biography and Career
Next Article 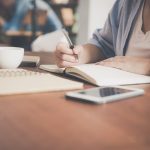