This success story follows the life and accomplishments of Gustav Magnar Witzoe, a young businessman and an heir to one of the world’s most flourishing producers of salmon, Salmar ASA. Gustav’s father founded the company back in 1991 and since then the company has expanded to provide its products and services to many regions across the world. Through its investment arm, Kverva, the Witzoe family owns 53.4% of Salmar, a successful brand that has grown to become known as one of the biggest producers of organic salmon in the world. It also owns aqua farms in Iceland through Arnarlax Hf and in Scotland through Scottish Sea Farms.

In 2013, when Gustav was 19 years old, his father, Gustav Witzoe, gifted him a 47 percent stake in Salmar ASA to avoid a large inheritance tax. The senior Gustav Witzoe still runs the daily functioning of the Norwegian fish farm corporation, which has noteworthy farming operations in both the northern and central parts of the country. Owing to their inherited wealth, the younger Gustav became the youngest male billionaire in his country of Norway, and along with two Norwegian sisters, Katharina and Alexandra Andresen were the three youngest billionaires on the planet according to a 2013 report.

Gustav Witzoe, who earlier in his life has worked for MGM Property, has built up an impressive track record as an investor in the information and technology sector and is known for his numerous investments in startups and real estate. The heir to the Norwegian salmon giant has an impressive investment portfolio and has rendered financial backing to startups like Keybutler, a mobile app that helps Airbnb hosts, and Gobi, a Snapchat competitor developed by students. Witzoe has recently revealed that he isn’t sure whether he would follow the steps of his father and take up the reins of the Norwegian salmon farming giant. He once mentioned that his parents regretted that they made him an heir apparent at such a young age. The young billionaire is a successful model in addition to other things, and this specific career option has helped him win tons of assignments in his native country. He is seen in the front rows of Norwegian Fashion events very often and is considered an icon and role model by many younger models and people in business.

We haven’t been able to discover any records concerning his education and academic qualifications. Our team has combed the internet and numerous sources for significant data in this regard, but all efforts to establish authentic info on the schools that the younger Gustav attended either in Norway or abroad has been fruitless majorly because nothing of such nature has been provided by the businessman himself.

Gustav Witzoe is mainly a technology startup and property investor asides from being an heir to one of the world’s most successful fish farming companies. He is reputed as an angel investor in apps like Gopi and Keybutler and has previously worked for MGM Property in addition to pursuing a career in the fashion and modeling industries. 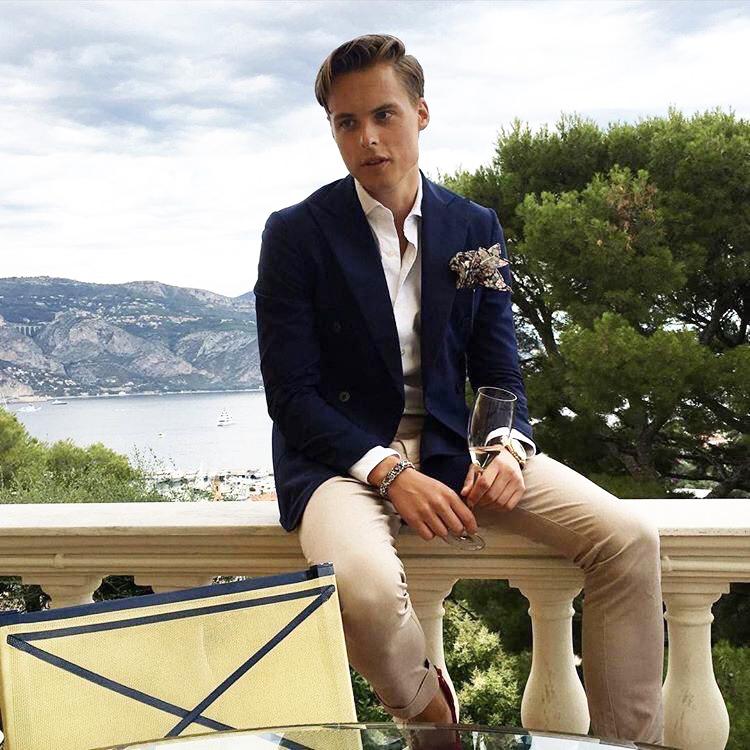 In 2013, when he was only 19 years of age, Witzoe’s father transferred 47 percent of the Norway-based salmon fish farming company Salmar ASA to him to allegedly evade a large inheritance tax bill.

Gustav Witzøe is currently the youngest billionaire in the world. He is deeply involved with the family’s business and has even worked as a milker at the company’s fish farms in Frøya.

We currently have nothing on paper concerning Gustav Magnar’s girlfriend, relationships, or anything that has to do with his romantic life. He is a big star on the internet evidenced by the hundreds of thousands of people that follow him across all social media platforms including Twitter, Instagram and TikTok.

Gustav is also a frequent traveler and lover of dogs. He is close to his parents and has a tattoo of them on his forearm.

Heir to Salmar ASA, born in Froya, Trondheim, Norway in 1993, Gustav Magnar Witzoe, a Norwegian businessman and fashion model who holds significant shares in the Norwegian salmon fish farming company Salmar ASA which was founded by his own father two years before he was born, is known to be one of the youngest billionaires in the world. He holds 47 percent shares of the Salmar Company and has maintained his position as a significant shareholder in the business since his father, Gustav Witzoe, transferred nearly half of the company to him in 2013.

Gustav Witzoe’s net worth is currently pegged at $3.4 billion. In addition to his fashion modeling career and his role at Salmar ASA, he also owns stakes in Scottish Sea Farms known to be the UK’s second-largest salmon farmer.