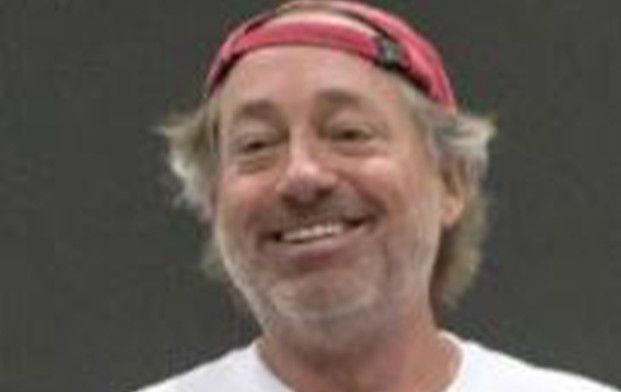 Greg Glassman is an American businessman who is renowned as for being the co-founder of the branded fitness regimen CrossFit, Inc. In the wake of a number of devastating controversies, he sold the company in June 2020 and has been of the business map since then. Prior to selling the company, Greg became the owner of 100% of the world-popular brand after paying his ex-wife and co-founder Lauren Jenai, a total of $20 million for her stake.

Crossfit was earning about $50 million annually in gym licensing fees alone and more than $100 million total from all income sources (television licensing fees, Reebok sponsorship, and merchandise) at the peak of his reign. Greg Glassman stepped down as the company’s chief executive officer in June 2020 following an insensitive comment he made on Twitter connected to the death of George Floyd. One week later another controversy followed, this time involving sexism and sexual harassment as recounted in a New York Times article. On June 24 2020, Glassman sold Crossfit to American entrepreneur Eric Roza probably to save face and lie low for some time. He has been on the news for many obvious reasons, but this article contains his biography and businesses, and how he made his millions at the peak of his successful career.

Greg founded CrosFit in 2000 along with his ex-wife Lauren Jenai. After their divorce, he collected a loan from Summit Partners and bought Jenai’s share of the company for $20 million, thus becoming the sole owner of the company.

His career started when he was 18 years old as a fitness enthusiast, working as a gym coach at a Y.W.C.A. in California. He would go on to workout with athletes and top celebrities in Southern California. He also worked with police officers and discovered that several workout programs were lacking. In 1995 he was employed to train the Police Unit in Santa Cruz, California. The following year, he established his own gym, the first CrossFit gym in Santa Cruz. In the year 2001 he launched crossfit.com and in two years afterwards, the CrossFit affiliation program started.

As of 2009 there were over 1,000 CrossFit affiliates around the world, and as of 2020, there were more than 15,000 Crossfit gyms in many cities in different countries in the world, each paying a fee to carry the “Crossfit” name. Trainers at all Crossfit gyms are also required to make stipulated payments to certify trainers.

CrossFit is a fitness brand created by Greg Glassman. It is recorded to have been founded in 2000 by Greg Glassman and Lauren Jenai. CrossFit is promoted as both a competitive fitness sport and physical exercise philosophy, incorporating basics from high-intensity interval training, gymnastics, Olympic weightlifting, calisthenics, strongman, plymetrics, powerlifting, girevoy sport, and other exercises. It is practiced by thousands of affiliated gyms in several parts of the world. CrossFit has been highly criticized for supposedly causing people to suffer from needless injuries possible life-threatening breakdown of muscles from excessive exertion. Glassman obtained complete ownership over the company after he divorced Jenai. The company was sold to Eric Roza in June 2020. Roza is a former chief executive officer of Datalogix. He is a Colorado-based CrossFit box owner who has now assumed position of chief executive officer at CrossFit.

In June 2020 Greg Glassman made what many people received as a racist remark on popular social media platform Twitter over the murder of an unarmed African-American man George Floyd. In response to his statement, Reebok instantly ended its ten-year contract with the Crossfit company that made the sports apparel brand a licensee of Crossfit merchandise. Furthermore, many famous athletes and high-profile celebrities strongly rebuked Glassman. Many athletes announced that they would be absent at the 2020 Crossfit Games. Rogue Fitness, a supplier of strength training equipment for Crossfit Games, announced it would be taking off the Crossfit logo from all of its products at the 2020 event. Many gyms around the United States also announced they would not continue to be affiliated to “Crossfit”.

In response to the outcry, Greg Glassman released a statement of apology, acknowledging his mistake, and subsequently resigned as the chief executive officer of Crossfit.

Mr. Glassman is worth around $100 million. He best known for his contribution in the founding of the branded fitness regimen CrossFit, Inc. He also served as the chief executive officer of this company until his resignation in June 2020. Crossfit was reportedly earning about $50 million annually in gym licensing fees alone and more than a hundred million dollars from all income sources (TV licensing fees, Reebok sponsorship, and merchandise) at the peak of Greg Glassman’s reign at the company which he has since sold to Eric Roza following a stream of heated controversies in June 2020.