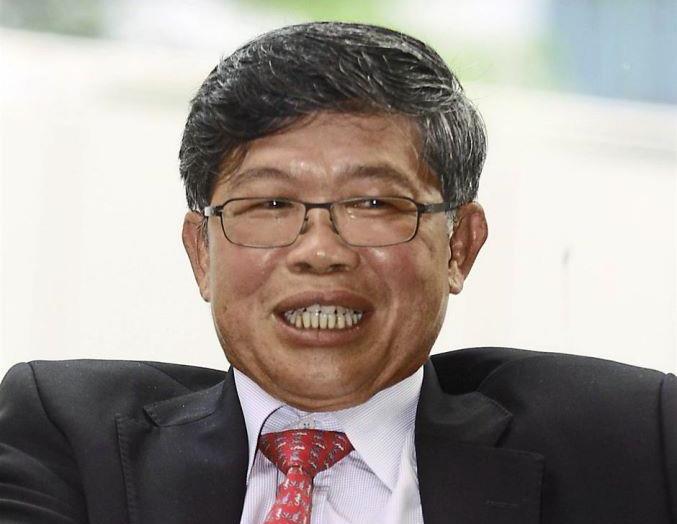 Goh Peng Ooi is a Malaysian business tycoon and entrepreneur who happens to be the founder of Malaysia tech firm Silverlake Axis Ltd. He founded Silverlake many years ago in 1989, and through his forethought on the future of technology needs of the banking industry, he has developed Silverlake Group to be a top-of-the-chart provider of state-of-the-art general banking solutions, with a presence in more than twenty countries across Africa, Asia Pacific, and the Middle East. Before making the life-changing decision of founding the Silverlake Group, Goh had worked at other establishments, especially at IBM Malaysia where he occupied numerous senior positions over the course of his nine-year stay at the company, with the last role he held being Marketing Manager for the Banking and Finance Industry. Goh attended the University of Tokyo on a Mombusho Scholarship and graduated with his Bachelor of Engineering (Major in Electronics) in 1980. He has always been passionate about mathematics and science from a very young age and continually contributes to various endeavors of academic and industrial initiatives around him.

Goh is a man that will pick his love for mathematics ahead of fame anytime. He might be one of the least famous people in his homeland, but this seventh child of a butcher does not yearn for titles or for invitations to dine with the wealthy and popular in the country. However, simplicity alone didn’t make Goh, the major shareholder and founder of Singapore-listed Silverlake Axis Ltd and, the eighth-richest Malaysian according to Forbes magazine, the man he is today. His software company Silverlake Axis’ stock is at an all-time high, valuing the businessman’s 66.3% stake in the top-rated tech company at $2.1 billion.

Silverlake Axis Group executive chairman, Goh Peng Ooi, was born in 1958 in a city in Malaysia. He was raised in Kampung as one of the eleven children of a butcher, and the tough life he endured while growing up taught him about persistence and hardship.

An upbringing in the streets of kampung in Penang helped Goh learn about earning his keep. He was born an intellect that was evident from a young age that allowed him to not only sail through his quest of education but also made him understand that there was more that he must do to fulfill his dream. After studying in a Chinese-medium school, he advanced to an English-medium school in Kampung Kastam quickly picked up English before winning an English literature prize during his second year. Around this time, he fell in love with mathematics which he found to be easy, and would go to Chulia Street in Penang to look for books on the subject.

Obtaining a scholarship, Goh Peng Ooi went to the University of Tokyo to obtain his tertiary education. Not knowing any Japanese, he had to learn the language – thanks to resemblances with the Chinese characters- in a short time and saw him complete his bachelor’s degree in engineering at the university in 1980.

After getting his degree from the University of Tokyo, Goh landed his first job at Mitsubishi. The next phase of his life found him at IBM Malaysia where he remained until 1989. He was quick to rise through the ranks at IBM to a position just below the country head. It was during his time working for IBM that he started working with banks, putting every relevant thing in place for the next phase of his career. Quitting the very job that was paying him a salary good enough to buy a small house within a year didn’t make him all that nervous because his mind was made up on moving on to accomplish bigger things for himself.

Being a success is the direct result of a confluence of factors. Being good at something is as important as is luck. So is being fortunate to be in the right place and at the appropriate time. The appropriate time for Goh was a period when banks in the South-Eastern parts of Asia were ready to modernize. Needing a new platform of computing to grow their business, Goh Peng Ooi latched onto that opportunity and came up with his own company in 1989. Known as Silverlake Axis, this business had a tough run in the early years but eventually tasted success. Today, it has about a 40 percent market share of the entire banking platforms of banks in parts of South-East Asia. The banking group, Six, known to be one of the top ten banking groups in South-East Asia, is one of the biggest customers of Silverlake Axis.

Despite listing in Singapore and accomplishing success in the republic, Goh always wanted to list his company in Malaysia. Silverlake Axis is known mainly for its banking platforms, but Goh has said that its services are more than just for banking. The company has grown in the past years by making decent acquisitions of other smaller companies to expand its offering and products to customers.

Goh Peng Ooi now leads Silverlake as the company’s executive chairman. His business acumen and foresight along with the rest of his individual attributes have been involved in developing the company and transforming it into what it is today. Silverlake is now one of the biggest providers of universal banking solutions, with a presence in over 20 countries across Africa, Asia Pacific, and the Middle East.

Through Goh’s vision, the Silverlake Group has won various significant awards since its establishment 32 years ago. Some of the accolades it has received include Forbes Asia’s Best of the Best Award in 2013 and The Asian Banker Vendor Satisfaction Survey Gold Award in 2014. The company has also received a number of industry recognitions including numerous IBM awards.

Mr. Goh’s entrepreneurial excellence was recognized in 2005 when he was honored with the EY Technology Entrepreneur Award Malaysia.

Goh lives in Kuala Lumpur, Malaysia. He is happily married to his wife of more than thirty years, and they have two children together.

While he isn’t popular for being one of the richest men in town, Mr. Goh holds a very significant record in his country where he is reputed for being the first Malaysian tech billionaire. His career started out as soon as he graduated from the University of Tokyo in 1989. He earned his first paycheck at Mitsubishi before moving on to work at IBM where he saved up enough funds to help him launch his own business known as Silverlake Axis. This company publicly trades on the Singapore Stock Exchange and provides financial software for nearly 50 percent of the banks in Southeast Asia.

Goh Peng Ooi’s net worth is $2 billion. He wasn’t born with a silver spoon but was the seventh of eleven children who luckily became the only person in his family to graduate from college. The story is clearly different today for the businessman who came up from nothing but succeeded in transforming the fortune of his family.