It doesn’t matter where you were raised, how underprivileged you are, or even how many slip-ups you have made in life. Everyone has the potential to accomplish anything and turn their life around to realize their dreams. That’s the belief and life story of Glenn Stearns. Growing up in a low-income part of Washington, DC, Glenn attributes hope, hard work and determination as the influences that helped him cope during hardship and overcome numerous challenges. The son of alcoholic parents, Glenn was diagnosed dyslexic and failed fourth grade. He fathered a child when he was just 14 years old and graduated from high school as one of the bottom ten percent students. While some of his friends spent time in jail or lost their lives to alcohol and drugs, his path intersected with positive influencers that gave him inspiring examples of how to not end up like his friends and instead take total control of his destiny. He took that life-changing inspiration and ran with it. He became the first member of his family to attend college where he earned his bachelor’s degree. Inspired by stories of successful people who took risks and accomplished their grandest ambitions, he found his way to California where he shared a one-bedroom apartment with five other recent grads, spending his nights on the kitchen floor. While waiting tables, he continued to pursue his dreams and eventually found his opportunity to rise above his humble beginnings.

The American businessman was born Glenn Bryant Stearns in 1963 in Silver Spring, Maryland, United States. His mother was a house cleaner and grocery store clerk while his father was a printer. The family was very poor and lived in a low-income housing complex in the Washington, D.C. environs.

Glenn Stearns was a socially adept young boy but struggled in school. He didn’t know of his dyslexia because his parents kept this from him. He failed fourth grade and faced many humiliations during his school days as he failed many times. Things got worse for him following his parents’ divorce when he was 17 years old. However, he managed to pick himself up and found the motivation he needed to attend Towson University from which he graduated with a degree in economics.

Mr. Glenn Stearns is best known as the ambitious entrepreneur who founded the popular Stearns Lending Company. He is also known on TV as the star of the Discovery Channel’s reality TV show “Undercover Billionaire”. In addition, he is the founder and owner of Underdog BBQ in Erie, Pennsylvania.

After graduating from college and moving to California in search of greener pastures, Glenn found a slot at a financial firm where he was given the job of a loan officer. After working there for 10 months, he geared up and started his own mortgage business, Stearns Lending LLC, which he started when he was 25 years old. By 2010, his Stearns Lending LLC reached nearly one billion dollars in monthly funded loan volume while gaining record growth. The company not only survived the mortgage-lending crisis of 2007, it emerged as one of the leading lenders in the entire country. Glenn Stearns attributes his resilience to putting his clients before profits and having transparent uprightness in lending standards.

Since 2010, his mortgage company has funded more than $30 billion in loans, making the corporation the leading Wholesale Lender in the United States for two consecutive years from 201 to 2014

Glenn’s life, however, has not been all about thumping expectations and building a prosperous business. His unusual emergence from poverty to wealth has also led him to intense experiences and life lessons outside of his thriving businesses. Many have compared his career journey to the fictional character Forrest Gump. His adventures range from competing in and winning the reality television show “Gilligan’s Island”; traveling with Vice Presidents and astronauts; being in court on the day of the OJ Simpson murder trials closing arguments; to owning a private Caribbean island with Richard Branson and a Montana ranch with John Elway. 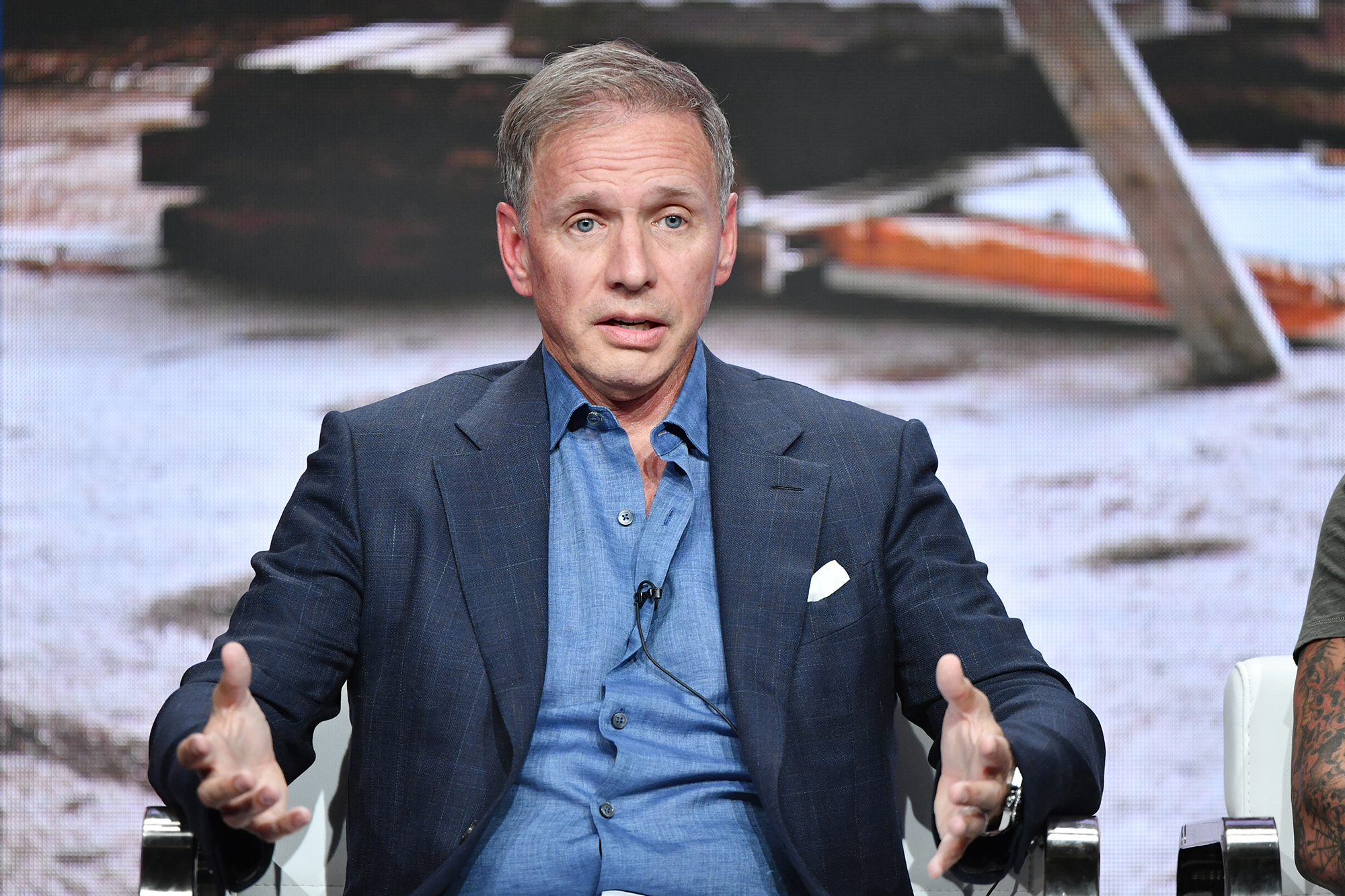 In just a decade after becoming a teenage ad, and with zero lending experience, Glenn started his own mortgage company which he called Stearns Lending LLC, in addition to a settlement company, the Carriage Escrow. His settlement company is now recognized as the largest HUD contractor in the United States.

In 2002, his visionary success earned him the prestigious Ernst & Young’s “Entrepreneur of the Year” Award.

Glenn has been in business for more than 25 years, and throughout that time, he has experienced his own share of trials and tribulations. The obstacles he came across forced him to continue to think out of the box, and he has continued to innovate his industry up to this day.

Glenn Stearns’ eldest child, a daughter named Charlene, was born when he was age 14. Charlene’s mother, Kathy, was 17 at that time. Now, Charlene serves as the chief executive officer of Glenn’s escrow company.

In October 2003, Glenn Stearns married Mindy Burbano, who was employed as an entertainment reporter for KTLA and Entertainment Tonight KTLA in Los Angeles. The couple resides in Jackson Hole, Wyoming.

In addition to his eldest child Charlene, Glenn has three sons named Trevor, Skyler, and Colby, and a daughter named Mindy. Stearns also has two grandchildren.

In 2004, Glenn Stearns and Mindy Burbano appeared on the TBS reality television series, The Real Gilligan’s Island, and he won the competition.

When he was diagnosed with cancer in 2014, Glenn got inspired to do reality TV. Five years later, the Discovery Channel television show titled “Undercover Billionaire” premiered, following Glenn Stearns as he built a small company from scratch. During the filming of the TV show he had a recurrence of cancer.

The American business executive, Glenn Stearns, has around $500 million worth of net assets as per recent estimates. Contrary to what people might have heard, and the fact that he stars on a reality television show titled “Undercover Billionaire”, technically Glenn is not a billionaire. He is extraordinarily successful and rich, no doubts, but he is yet to join the three comma club. He came up from poverty and found success as the founder of Stearns Lending based in Orange County, California. His mortgage company, Stearns Lending LLC, generates an estimated $500 million in revenue every year and employs over 1700 people.

His affluence allows him to enjoy or go for any material thing he desires and can pay for. In June 2020, at the height of the Covid-19 pandemic, Glenn paid author Dean Koontz and his wife the sum of $50 million for their mansion located on a hill in Newport Coast, California. As of this writing, the deal holds the record of the second most expensive home acquisition in Orange County history. Outside of Orange County, Glenn owns several commercial properties in Maryland and Seattle and co-owns a private Caribbean island with Richard Branson and a Montana ranch with John Elway.