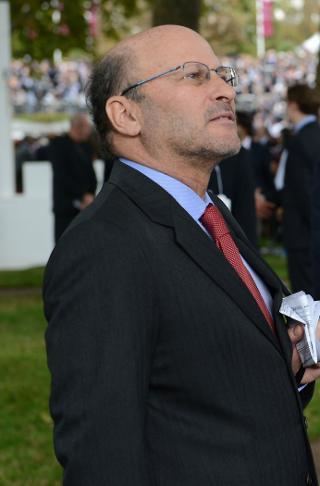 Gerard Wertheimer is a French business man based in Geneva. He and his brother Alain, own and control House of Chanel Perfume Company. He is currently ranked as one of the 20 richest people in the world. Gerard Wertheimer Net Worth is estimated at $24.6 billion.

Gerard was born on 17th  April 1951 in Paris, France to Jewish parents, Jacques Wertheimer and Eliane Fischer. His grand father, Pierre Wertheimer, co-founded House of Chanel in 1909 and Gerard and his brother Alain inherited the company from their father in 1996.

Though Gerard lived a lavish life from childhood he also showed great entrepreneurial and leadership skills from childhood and these skills have been useful in keeping afloat his inheritance.

He attended the University of Paris for his tertiary education.

Gerard and his brother Alain inherited Chanel S. A from their father in 1996. The company was founded by the grand father Pierre in 1909 and has grown to be one of the biggest fashion houses in the world with annual revenues in excess of 11 billion Euros and net income of over 1 billion Euros. House of Chanel products include; Haute couture, Ready to wear, Perfume, Jewellery and accessories. The company which is privately held has its headquarters in Paris. Chanel S.A today operates about 310 Chanel boutiques globally.

While his brother Alain, is the chairman of the company, Gerard  lives in Switzerland managing the watch division of the business. Gerard is also involved in horse breeding and racing and in addition is involved in philanthropy. The brothers inherited a thoroughbred horse racing stable called La Presle Farm from their parents. Gerard and Alain also own vineyards in France and Napa Valley, California.

Gerald is married to Valerie and together they have three children. Gerald lives a lavish lifestyle in private, surrounding himself with those similarly closemouthed. He and his brother are known as fashion’s quietest billionaires. The brothers hardly ever give interviews or talk to the press about their wealth, families, companies, relationships or hobbies.

Gerald and his brother are among the 10 richest people in France and among the 20 richest in the world. Though his wealth has been largely inherited, he has given a good account of himself by ensuring that the company grows. Chanel S. A today is one of the most prestigious fashion brands in the world with a wide product range which includes; jewelry, perfumes, accessories, ready to wear clothes, haute couture and others.

Gerard Wertheimer net worth is estimated at $24.6 billion.