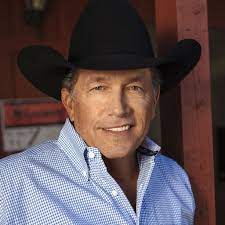 We’re about to discuss George Strait’s net worth and biography, as well as other important details of his career and personal life.

George Strait was born to school teacher John Strait and Doris Couser his wife, on May 18, 1952, in Texas, United States. When his parents divorced, his mother moved out with his sister, while his father raised him and his brother.

He joined a rock and roll garage band while attending Pearsall High School in Texas. He later switched interest to country music and thought of going professional.

In 1971, he enlisted in the US Army and served until he was honorably discharged before attending Southwest Texas State University where he earned a degree in agriculture.

While serving in the US army station in Hawaii, he started performing with a band sponsored by the army, named ‘Rambling Country. The band also performed off-base using the name ‘Santee.’

While pursuing his college degree at the Southwest Texas State University, he joined a country band called ‘Stoney Ridge’ as a vocalist. Soon enough, he became the band’s leader and renamed it ‘Ace in the Hole.’

His band sang and performed all around central and South Texas and gained a reasonable size of local followers.

Soon, he got the opportunity to record several of the songs he had written. However, these songs couldn’t achieve wide recognition.

In 1981 after several years of struggle, George Strait finally signed a solo deal with ‘MCA Records with the help of a friend Erv Woolsey.

In the same year, he came up with his first single ‘Unwound’ which ended up one of the top 10 ‘Hot Country Songs.’ The song was also  included in his first solo album ‘Strait Country.’

In 1992, he debuted as an actor in the western musical film “Pure Country”. The film flopped at the box office, though its soundtrack was a critical hit. In that same decade, he released several other noteworthy albums, all of which we have detailed below.

The year 2006 marked George Strait’s 30th year as a musician and he celebrated it with the release of the album ‘’It Just Comes Natural” which featured 15 new songs.

In January 2013, he went on his last tour which had many prominent singers featured as opening performers. His tour also set the record for the largest gross in a single-show country concert.

The country music singer has sold over than 68 million records in the US alone. His certifications from the RIAA include 38 gold, 33 platinum, and 13 multi-platinum albums. The following are all of his solo albums to date:

He has a world record in the entire history of music for producing a top 10 hit yearly for 30 consecutive years.

He has also won a number of Grammy Awards, and several others.

In the year 2018, the Texas Legislative Conference named him ‘Texan of the Year for his contributions to the state.

In 1971, George got married to his high school sweetheart Norma. They had two children. In 2012, he became a proud grandfather.

After his daughter named Jenifer died at age 13 in an accident, George and his wife set up the “Jenifer Lynn Strait Foundation” in memory of her. The foundation makes monetary donations to children’s charities.

At 69 years old, George Strait’s weight is 77kg, and his height is 178cm. He has blue eyes and dark brown-colored hair.

Having sold more than 100 million records globally, George Strait’s net worth has boomed through his successful music career, which has seen him become one of the best-selling music artists of all time.

He has also claimed huge amounts from touring and live concerts, as he is well known for his touring career when he introduced festival-style tours and designed a 360-degree configuration. In three years, his tours earned $99 million.

His concert on June 2014 at the AT&T Stadium in Arlington, Texas, attracted around 104,793 people, which set a new record for the largest indoor concert in North America.

He owns houses by Rockport, a very magnificent ranch in Encinal, a custom-made crib in San Antonio estate, a yacht, and several cars like Bentley, Garcia, and the like.

George Strait’s net worth is approximately $350 million. He has done so much in the music industry, setting notable records that may not be easily broken.

You cannot talk about legendary country music singers without mentioning George Strait, and several others, like Billy Ray Cyrus and Johnny Mathis.

Trisha Paytas Net Worth, Career And Biography
Next Article 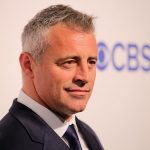