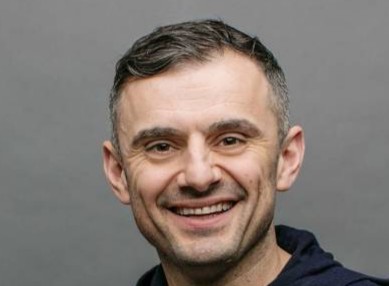 Gary Vaynerchuk is an accomplished entrepreneur, consultant and chief executive officer who is credited for founding the wine company Empathy, and the mobile app Resy. He got his start as a director of operation and co-owner of a wine store, and as an author and notable public speaker who has delivered powerful speeches on the subjects of social media, e-commerce and brand building. Here’s all there is to know about Gary Vaynerchuk’s biography, businesses and how much he earns after all his good works.

Gary Vaynerchuk was born in Babruysk, Belarus on November 14, 1975, to Sasha and Tamara Vaynerchuk. He has one sibling, a brother named AJ Vaynerchuk who is also a successful businessman. His parents left their country for the United States in 1978 when Gary was just three years old. They first found a place to stay for sometime in the New York borough of Queens, before relocating to Edison, New Jersey where Gary and his brother were raised. He attended North Hunterdon High School and graduated in 1993 before enrolling at Mount Ida College in Newton, Massachusetts, completing his studies in 1998. He joined his family’s wine business when he was just 14 years old and started to learn how to manage a retail outlet.

After graduating from college, Gary transformed his father’s liquor store into a retail wine store. He also changed the name of the New Jersey store from Shopper’s Discount Liquors to Wine Library. He started carrying out sales online and launched a daily webcast called Wine Library TV on the video streaming and sharing website YouTube covering wine. Vaynerchuk successfully expanded his father’s wine business from $3 million to $60 million a year in revenue by 2003. He is also one of the founders of Empathy Wines, which was purchased for an undisclosed fee by Constellation Brands in 2020. For five years starting from 2006, Gary hosted a blog on YouTube known as Wine Library TV (WLTV.) The show featured reviews on different wines, tastings, and advice on wine. After 1,000 episodes, he concluded the show in 2011 and started the podcast ‘The Daily Grape’. He launched ‘Wine and Web’ on Sirius XM satellite radio in 2010.

In 2011, Gary decided it was time to step down from the wine business and focus on other things which he considered profitable as well. He wanted to develop a digital ad agency known as VaynerMedia which he established along with his younger brother in 2009. Their company is a digital ad agency that is focused on social media, and its aim is to provide useful social media strategy services to leading companies such as Pepsi, General Electric, and Anheuser-Busch. As of 2016, VaynerMedia had grossed $100 million in revenue and boasted of employing over 600 people. They collaborate with Vimeo to connect filmmakers and brands for digital materials.

Gary Vaynerchuk also serves as the chairman of VaynerX, a communications firm that holds media properties and tech companies such as the media and creative agency, Tracer. In 2017, Gary launched a new company called The Gallery Media Group. It is a VaynerX subsidiary business which houses PureWow, following its acquirement by Gary, RSE Ventures, and the male-oriented news outlet ONE37 pm.com. By 2019 VaynerX had employed 800 people and was earning $130 million a year in revenue. VaynerMedia has worked with many leading brands in the world including JP Morgan Chase, General Electric and Mondelez.

Gary also lunched the YouTube show ‘#AskGaryVee’ in 2014 with his own content production team. In this show, he canvases questions from two other social media platforms Twitter and Instagram and responds in a spontaneous manner. The following year, he launched a video documentary series on YouTube title ‘DailyVee’. This show chronicles his life and experiences as an entrepreneur. He records live, interviews others, and also broadcasts meetings of investors and strategy conferences at VaynerMedia. Through Instagram and Snapchat, he discusses his social media strategies at length and often offers demonstrations.

In 2019, he co-founded the restaurant reservation app Resy. The success it achieved in a very short timeframe attracted several big brands, and before the end of the year, American Express purchased the application from Gary. In addition to his many business ventures and reputable professions, Gary Vaynerchuk is also a public speaker and author who has written many great books.

In 2015, VaynerMedia was named one of the top A-List agencies by Ad Age. Gary himself has been honored many times for many different reasons. He has been featured by several top magazines due to his success, including the likes of Time, GQ, The Wall Street Journal, and The New York Times. He has also appeared on shows like Ellen, Late Night with Conan O’Brien, and many others. In November 2019, he was featured on Jimmy Fallon’s “Tonight Show” to tutor the show’s host on wine drinking tips.

In July 2009, Vaynerchuk was placed at number 40 on “The Power List” ranking of the individuals of influence in the wine industry by Decanter. The publication cited that Gary “represents the power of blogging”.

Gary got married to Lizzie Vaynerchuk in 2004 and they’ve been together since then. They have two children, a son named Xander Vaynerchuk, and a daughter named Misha Vaynerchuk. Gary, a notable public speaker and social media strategist,  is quite popular on social media and also very active as well. He has amassed a huge number of followers, boasting of more than 8 million followers on instagram alone. His internet fanbase comprises people from various continents and a high number of them are popular celebrities and influencers.

This Russian-born American entrepreneur and consultant has gone on to achieve many things through his successful profession and has also included himself on the list of the world’s millionaire through means of his own hardwork and struggles. After years of trying out different ventures and establishing several companies, and even publishing many different educating and motivational books, Gary Vaynerchuk net worth is $200 million. He also gains a flow of income from social media platforms where he feeds his millions of followers with the kind of contents they follow him for.