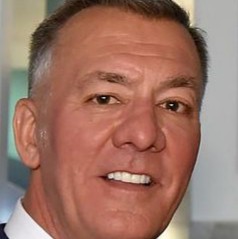 Frank Fertitta is an American businessman, sports promoter, casino executive, and entrepreneur who currently serve as the chief executive officer of Station Casinos. Together with his brother Lorenzo Fertitta, he founded Zuffa LLC, which is the unit that controls the Ultimate Fighting Championship (UFC). Frank is a former majority owner of the UFC Organization. He held on to this position until July 2016 when the company was purchased by WME-IMG for $4 billion. Frank has earned his wealth by legal means through his chains of businesses and he has managed to succeed in his line of profession because he is dedicated to the fullest. If you keep on reading this publication, you will get to know about Frank Fertitta’s biography, businesses and earnings. You’ll also get to find out very rare details about his personal life and family. Let’s go!

Frank Fertitta III was born on February 12, 1962 in Las Vegas, Nevada, United States. Frank and his younger brother Lorenzo are the sons of Victoria Broussard Fertitta and Frank Fertitta Jr. Frank and Victoria left Texas for Las Vegas in 1960. Frank became a dealer at Stardust Casino before earning promotions to administrative positions at the Sahara, Tropicana, and Circus Circus casinos. In 1976, Fertitta Jr. discovered that none of the Las Vegas casinos served Las Vegas residents, so he came up with the idea to construct The Casino, a 5,000 square-foot casino which was eventually renamed Palace Station.

Frank Fertitta attended the private Catholic school Bishop Gorman Highschool in Las Vegas, graduating in 1980. After that, he enrolled in the University of Southern California, graduating with a Bachelor of Arts degree in Business Administration in 1984.

Throughout his days in high school and college, Frank and his younger brother Lorenzo worked for their father at the Station Casino. It was here that he gained most of the useful experiences he applied in various aspects of his profession in the future.

As soon as he graduated from the University, Frank III was offered the position of Officer and General Manager at the Station Casinos in 1985. The next year, he was named Director, Chief Operating Officer, and Executive Vice President. He served as the president of Station Casinos from 1989 to July 2000, and has been the chief executive officer of the establishment from July 1992 to the present.

In January 2017, Lorenzo Fertitta was installed as the Vice Chairman of Red Rock Resorts, Inc.

The brothers launched a private investment firm in May 2017 called Fertitta Capital. The two men combined to launch the firm with an initial seed investment of $500 million.

In 2016 Frank and his brother Lorenzo each pledged $7.5 million to found the Fertitta Veterans Program at Stern School of Business in New York University. It is a full-time MBA course designed to support the transition of United States military veterans to business school. In September the same year, the Fertittas donated $10 million to UNLV for the construction of a 73,000-square-foot football venue that will be known as The Fertitta Football Complex.

Frank’s daughter Kelley, is a vice president at his company. She got married at Red Rock Resorts in September 2018 in a lavish ceremony. It is said that the extravagant wedding cost Fertitta $25 million. The wedding featured guests and celebrities like Bruno Mars, John Mayer, and Seal.. Kelley’s husband Tyler Chad Nemiro is the director of sales at Shopify Plus, and an alumni of the University of Southern California.

Fertitta’s daughters Victoria and Kelley both graduated from the University of Southern California and manage the popular lifestyle blog ‘Wilson Gabrielle’.

As at the time of this writing, Frank Fertitta net worth is $2 billion. He is notable for being a businessman and casino executive who along with his younger brother Lorenzo Fertitta, established Zuffa LLC and manage their father’s Station Casinos where he currently sits in the position of chief executive officer.

In 2017, Frank paid $70 million for a penthouse in Manhattan. He also owns a $28 million mansion in Laguna Beach, California. He lives in his family in another expensive home in Las Vegas. This just goes on to show that the big man knows best to invest his money wise in properties and real estate.