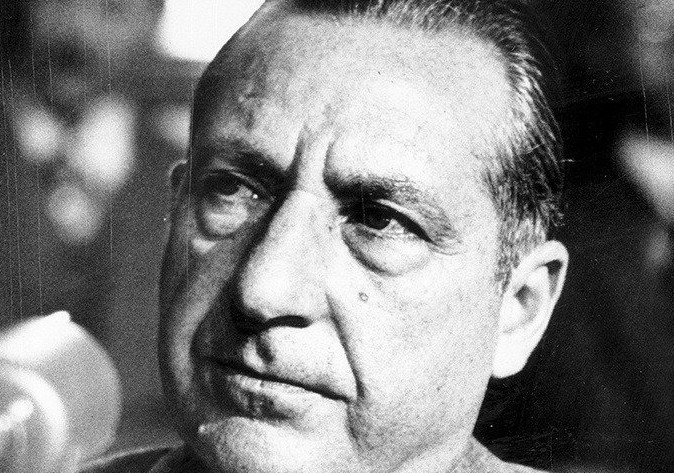 Frank Costello was an Italian-American crime leader of the Luciano crime family. In 1957, he survived an assassination attempt planned by Vito Genovese and executed by Vincent Gigante. However, the row persuaded Costello to hand over power to Genovese and retire. This crime boss made lots of money from his criminal operations of robbery. Find out more about Frank Costello biography, life of crime, and how much he made in a lifetime of running his massive crime empire.

Frank Costello was born Francesco Castiglia on January 26, 1891 in Lauropoli, in the town of Cassano allo Ionio, in the district of Cosenza in the Calabria region, Italy. In 1895, he boarded a ship to the U.S with his brother Edward and their mother to join their father, who had relocated to New York City’s East Harlem years earlier and opened a neighborhood Italian grocery store.

While was still a boy, Frank’s brother introduced him to gang activities. At age 13, he had joined a local gang and started bearing the name Frankie. He committed petty crimes and went to jail for robbery and assault in 1908, 1912, and 1917. In 1918, he married a Jewish woman Lauretta Geigerman, who was a sister of his close friend. That same year, he served ten months in jail for bearing a concealed weapon. 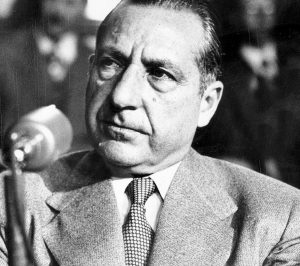 From 1908 to 1917, he was arrested many times for various crimes. In 1916, he changed his name from Francesco Castiglia to Frank Costello. Later that year, he was sent to jail for carrying a hidden weapon. Thereafter, he decided not to bear guns and instead turned towards organized crime.

After his marriage in 1918, he started working for Ciro Terranova, the boss of Morello crime family.  Around this time, he met a Sicilian Charlie ‘Lucky’ Luciano and they became friends. The other members of Luciano family disapproved Lucky’s association with a non-Sicilian like Frank Costello.

Luciano and Costello created a group with other Italian-Americans along with some Jewish partners, namely Gaetano Lucchese, Bugsy Siegel, Vito Genovese, and Meyer Lansky. Together they started running criminal operations, such as theft, gambling, extortion and narcotics. During the ‘Prohibition Period’ of 1920, the group earned money by selling liquor illegally. These operations were supported financially by Arnold Rothstein. In 1922, Costello and others joined the Mafia family of Joe Masseria, a Sicilian underworld boss. In 1924, he involved with the rum-running business, ‘The Combine,’ with Irish mafian, Dwyer.

During the 1920s, Frankie became a powerful figure in the world of crime. He ran gambling operations, including slot machines, punch cards, bookmaking, and casinos.. He formed friendship with many politicians and established an important connection between the Democratic Party’s organization, ‘Tammany Hall’ and the underworld. This proved very beneficial for the crime world, as they could bribe their way or make a deal with government officials, politicians, police, and judges. Between 1927 and 1929, Costello, Luciano and acquaintances brought together other gang leaders from across the country and formed a ‘National Crime Syndicate.’

The ‘Masseria Family’ was facing tough competition from the quite new ‘Maranzano Family,’ for control over the local government. The ‘Maranzano Family’ came from ‘Catellammare del Golfo,’ Sicily, and was speedily taking over the underworld activities in New York. Rivalry between the ‘Masseria’ and ‘Maranzano’ families started an underworld war, referred as ‘Castellammarese War.’ It continued for nearly two years and affected the operations and profits of the underworld. Luciano and others decided to eliminate the bosses of both families. In April 1931, Joe Masseria was killed and Luciano took charge as the head of the family, and changed its name to ‘Luciano Family.’ Later on, Maranzano, who declared himself the ‘Boss of all bosses,’ was shot dead in September, 1931. This was how the ‘Luciano Family’ became commanding in the New York underworld. As Costello controlled a gambling empire in the country, he earned a lot of funds for the ‘Luciano Family’. In 1934, Mayor of New York City, Florello La Guardia, confiscated and destroyed many of Costello’s slot machines. This led Costello to move his gambling business to Louisiana and New Orleans.

In 1936, Luciano was detained for running a prostitution ring and got sentenced to 30 years imprisonment. While in jail, he appointed Vito Genovese as the new leader of the group. In 1937, Genovese ran away to Italy, as he was accused in a murder case. As a result of this, Costello was appointed by Luciano as the boss of the ‘Luciano Family.’ This proved quite profitable for the crime group. He was liked by the capos and soldiers working for the gang. He was a sophisticated don, who favored intellect to brawn. He was also averse to drug trafficking.

After Genovese was acquitted of the charges of murder, he returned to the United States in 1946 and wanted to be restored as the boss of the ‘Luciano Family,’ but Frankie did not step down and this resulted in a long lasting underworld battle for power between the two.

In 1950-1951, the United States Senate conducted investigations into organized crime (Kefauver Hearings). These investigations were carried out by a committee led by Senator Estes Kefauver. Costello was then recognized as America’s top mafia boss, but desired legitimate respectability. He was convicted for disdain of the Senate as he disrespectfully walked out of the hearings. He was later sentenced to 18 months imprisonment. After his release in 1954, he was sentenced again for another 5 years for tax evasion. He was, however, released in 1957non an appeal. After his release, Genovese made an attempt to take his life. Genovese’s driver Gigante shot Frank Costello in the hall of his apartment building. Costello survived the attack, but declined to identify Gigante as the shooter.

Genovese declared himself boss of the ‘Luciano Family’ and renamed it ‘Genovese family.’ Costello later made peace with Genovese and the Genovese family, and retired from active crime. He was permitted to continue with his gambling setups and businesses. Even after stepping down as boss, Costello continued to command tremendous respect in the underworld. He remained influential in the later years of his life as his old associates found his opinions worthy, and continued seeking his advice.

After he was released from jail in 1917, Costello fell in love with a Jewish woman named Lauretta Giegerman. She was a sister of one of his friends. They got married in 1918 but had no children.

In February 1973, Frankie suffered a heart attack and was admitted to a Manhattan hospital, where he died on February 18, 1973. He was buried at Saint Michael’s Cemetery in Queens.

The Italian American Mafia gangster had a net worth equal to $1 billion at the time he died in 1973 (adjusting for inflation). During his life, he ran one of the most-powerful and wealthiest criminal organizations in history. At the peak of his success, Frank Costello’s illegitimate empire generated the equivalent of $60 billion in revenue.