François Pinault is a luxury goods mogul from France. His fortune has grown astronomically in recent times. In 2013, when he was worth $15 billion, he was listed as the third-richest man in his country and the 53rd-richest person in the world. Resilient, focused, and hardworking, this multi-careered entrepreneur has successfully tripled his net worth in under a decade.

Although he first became wealthy after opening a timber company, Pinault later ventured into art, fashion, and luxury goods. He is known to be the founder of Kering and Artémis. His establishment, Pinault-Printemps-Redoute, went public in 1988, and in eleven years, the company had shifted its focus almost exclusively towards luxury and fashion. Over the next few years, Pinault started to play a less crucial role in the operation of Pinault-Printemps-Redoute. By 2003, he had permitted his son François-Henri to control his collection of companies. After stepping away from Pinault-Printemps-Redoute, he became more involved in his real passion: contemporary art. Today, he has one of the most expensive and extensive private art collections on the planet.

François Pinault was born in a small commune in the west of France, known as Les Champs-Géraux. He was born on August 21st of 1936 and was brought up by a timber trader in the rural countryside. Pinault worked as a helper at his father’s business at an early age. By the age of 16, he had abandoned his schooling in Rennes, largely because his schoolmates were constantly mocking him about his peasant family and rural accent.

Pinault enlisted in the Army during the Algerian war in 1956. After returning to civilian life, he experienced the demise of his father and was subsequently moved to selling his family’s timber business. 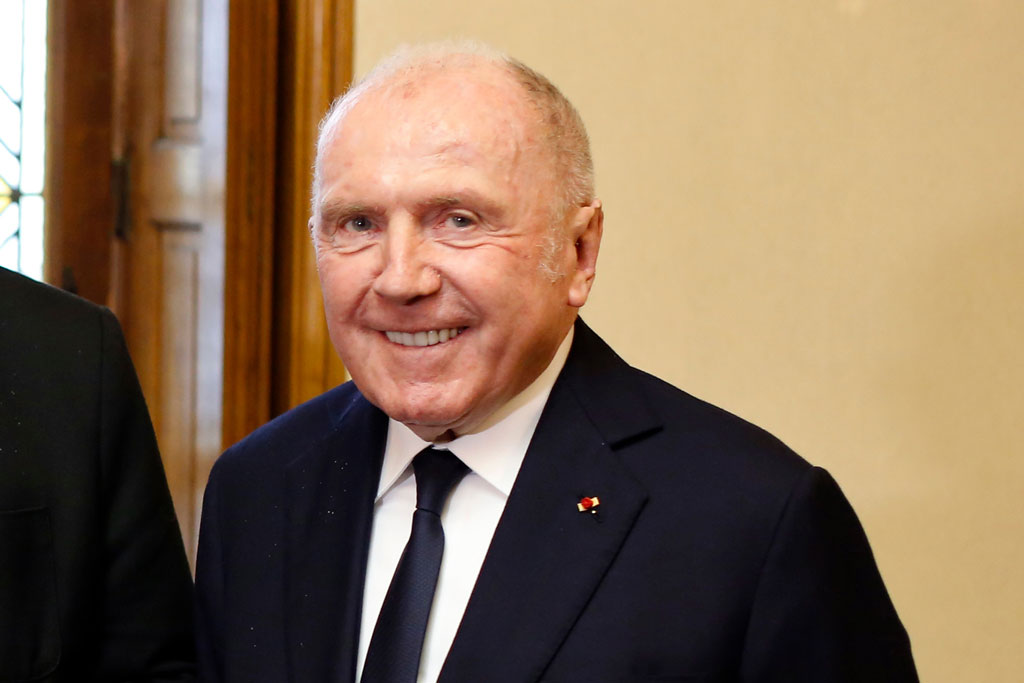 François Pinault started his first business in 1963 when he was 27 years old. It was a wood-trading company, which he later named Pinault SA. With family support and assistance from bank loans, his business grew rapidly, and he was able to acquire several other smaller companies, including Chapelle Darblay, which at the time, was facing bankruptcy.

His company went public on the Paris stock exchange in 1988, and this marked a shift in attention for the French businessman. At this point, Pinault started to invest in retail companies, and he purchased stakes in companies like Printemps, La Redoute, CFAO, Conforama, and Fnac. In 1993, he moved to rename his company “PPR”, short for Pinault-Printemps-Redoute. He also set up a separate company to manage his family’s growing wealth and called it the Groupe Artémis. Artémis controls a wide assortment of assets, including several highly prestigious French vineyards. Artémis also manages Californian vineyards, cruise companies, magazines, and auction houses.

In 1999, Pinault shifted his focus again, this time turning the entirety of his business model towards the fashion and luxury industries. A swing of acquisitions followed, including the procurement of a 42 percent controlling stake in Gucci for $3 billion. He also acquired Boucheron, Yves Saint Laurent, Balenciaga, and Alexander McQueen outright.

Pinault is also the owner of Rennes football club of the French Ligue 1. He purchased the team back in 1988 and currently manages it through Artémis.

By 2003, the business mogul was ready to hand over the wheels of his businesses to his eldest son François-Henri Pinault. Pinault-Printemps-Redoute later changed its name to Kering in 2013.

Today, Mr. Pinault and his family have a private collection of over 5,000 pieces of art. His first major acquisition was a piece by Paul Sérusier in 1980. Some of the most remarkable pieces are from artists such as Paul McCarthy, Donald Judd, David Hammons, Rudulf Stingel, Koons, and other contemporary artists. He initially collected 20th-century art by gurus like Picasso and Mondrian. 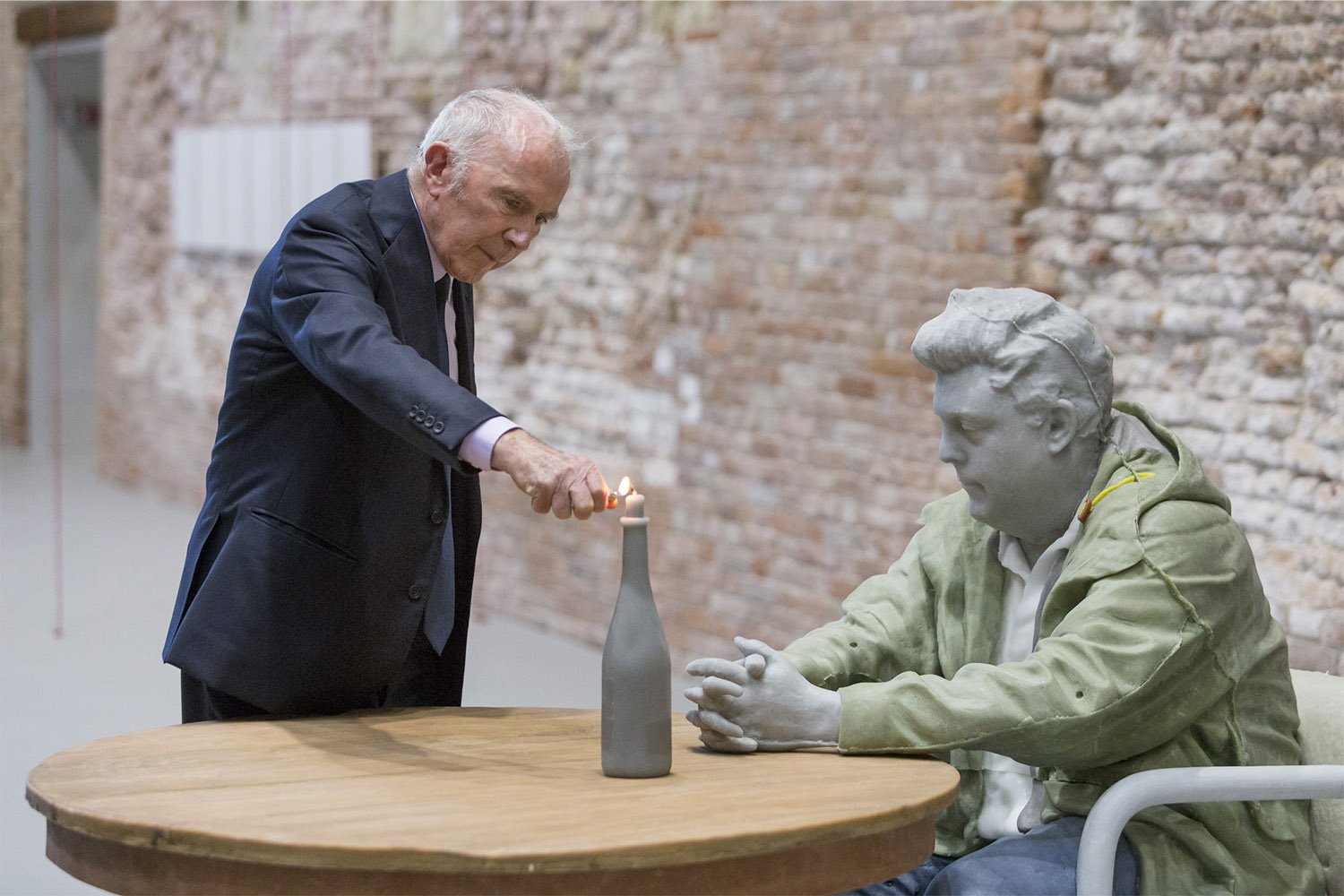 His collection was first exhibited in Venice, Italy, in 2006.

Pinault has also made huge investments in “cultural renovations” in Venice, Italy, funding projects like the Teatrino, an open-air playhouse amidst ruins. He has also invested in cultural projects in Paris, France, funding a new art museum in the center of the city. Additionally, the businessman has invested in the cultivation of new artists, financing various programs and prizes. In 2014, he created the Pierre Daix prize for authors that cover modern and contemporary art. That year, he also instituted a residency program in Lens, which facilitated the development of artists like Aaron Davidson. Artists who achieve residency in his program are selected by the Louvre-Lens, Pinault’s art group, and some other art schools in France.

Pinault and Louise Gautier said their wedding vows in 1962 and became husband and wife. The union between the French business tycoon and his wife produced three children, including François-Henri, who is married to film star Salma Hayek.

Gautier and Pinault’s marriage lasted for five years before the pair called it quits.

Pinault went ahead to marry Maryvonne Campbell in 1970. He credits this woman with introducing him to art, and he bought his first pieces during this period.

We have credible information that François Pinault’s net worth is $50 billion as of this writing. He made his money from various profitable business ventures, including timber trading, fashion, and sports. His family owns approximately 41 percent stake in Kering. He is credited with the full stake of his family. Pinault is the founder of multiple companies forged into one, and his first son Francois-Henri currently serves as its Chief Executive Officer.

The French magnate also holds a 25 percent stake in Groupe Fnac and a 66 percent stake in Pro Global Insurance Solutions. He is also the owner of a 190-acre winery known as Chateau Latour.  To add to all the above, Pinault owns a notable stake in the cruise line operator Ponant, and equally holds a stake in auction house Christie’s. All that has been mentioned combine to add to his ever-increasing fortunes.

He also likes to spend as he earns. It is public knowledge that this billionaire splashed $32 million on a lavish mansion in Chelsea, London, England back in 2011. The previous owners reaped a ridiculous profit margin, as they had originally bought the property for just $110,000 before spending the next three decades on renovations.