Prof. Dr. Ferdinand Piëch was a long-standing Chairman of the Supervisory Board and Board of Management and of automotive giant Volkswagen AG. A passionate manager and visionary entrepreneur, Mr. Piëch rewrote automotive history. He played a key role in shaping and pushing forward the development of the automobile industry since the 1960s, and helped evolve Volkswagen into a global mobility group. Often hailed as courageous, technically brilliant, and entrepreneurially determined, Ferdinand turned Porsche into a racing brand as a young engineer through legendary vehicles and triumph at Le Mans.

In 1963, Ferdinand Piëch, grandson of Ferdinand Porsche, started his career at Dr. Ing. h.c. F. Porsche KG and took over as head of the test division three years later. Fast-forward to 2015, the executive resigned from his positions in the Volkswagen Group.

Ferdinand died on August 25, 2019. He anchored perfection deeply within the Volkswagen DNA and built a legacy for which he will always be remembered for many more years to come.

The Austrian business magnate and executive was born Ferdinand Karl Piëch on 17 April 1937.

He obtained a mechanical engineering degree in a prestigious university before starting his professional life.

Piëch was born in Vienna, Austria. His father, Anton Piëch worked as a lawyer, while his mother Louise was most known as Ferdinand Porsche’s daughter.

He attended the Lyceum Alpinum Zuoz for his education and graduated from the ETH Zurich, Switzerland in the year 1962.

Ferdinand’s career started on April 1, 1963 when he joined Dr. Ing. h.c. F. Porsche KG. In 1966, he became manager of the company’s test department. Under his leadership, the Porsche 911 legendary six-cylinder boxer engine was developed to production readiness. In 1971, Piëch became a member of the Board of Management. He paid keen attention to the professionalization of Porsche’s racing department, which achieved tremendous international motorsport success under his leadership. In 1969, he commissioned the development of the Porsche 917, which till this day is still considered one of the most renowned racing sports cars. 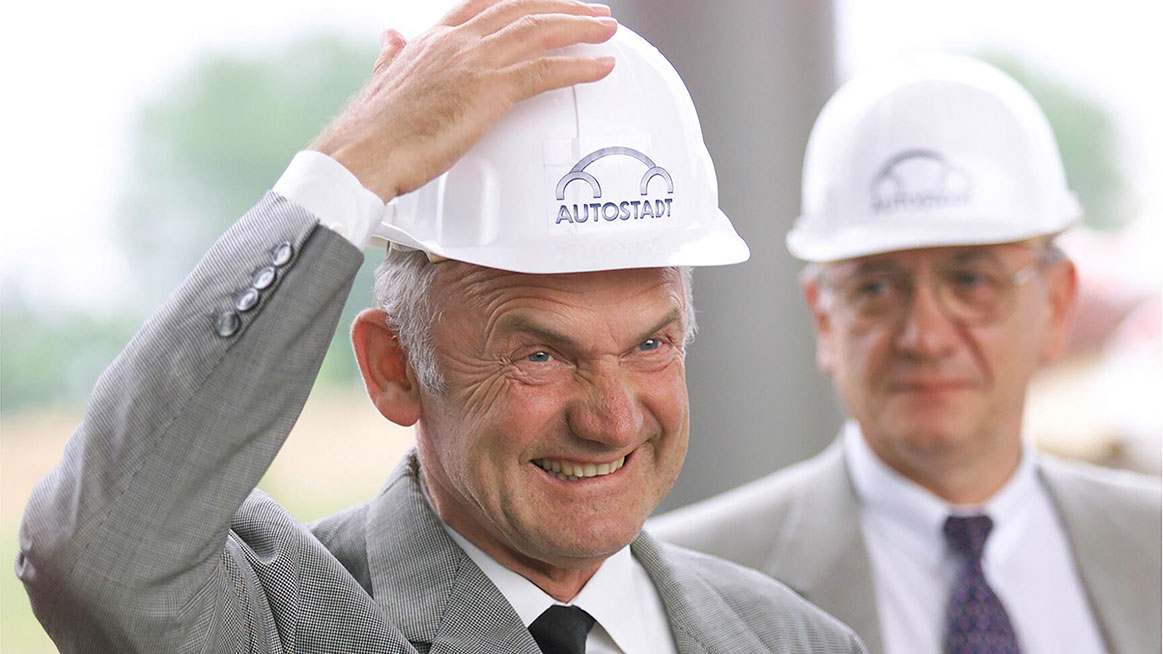 Ferdinand left the company in 1972 along with several family representatives due to the change of Porsche KG into a stock company and the decision that operative management roles would no longer be occupied by family members. He joined Audi the same year and helped the company in terms of pushing it forward technologically with successful innovations such as the TDI engine and the Quattro drive. As Chairman of the Board of Management from 1988, he shaped Audi into a premium, globally recognized brand.

In 1993, Mr. Piëch joined the Board of Management of Volkswagen AG as its chairman. In 2002 he was appointed as Chairman of the Supervisory Board. At the head of the company, he unswervingly pushed ahead with internationalization, and integrated Bugatti, Bentley, and Lamborghini into the group, and also led the brands to international competitiveness. As Chairman of the company’s Board of Management, he also concluded the negotiation on the temporary institution of the four-day week, which happened to save thousands of jobs. In addition, Ferdinand Piëch integrated MAN and Scania into the Group, therefore laying the foundations for an internationally competitive commercial vehicle supplier.

Ferdinand Piëch resigned from his roles at Volkswagen AG in 2015.

Due to his impact on the automobile industry, Mr. Ferdinand Piëch was honored with the Car Executive of the Century award in 1999. He won a Wilhelm Exner Medal in 2002 and was inducted in the Automotive Hall of Fame in 2014.

According to various reports, Mr. Piëch reportedly had a total of twelve children from four different women. A report published by The Detroit News even mentioned him having 13 children. One of his sons, Toni Piëch, founded the car company Piëch Automotive.

The business executive was married to his second wife Ursula Piëch for many years until his death, and lived with her in Salzburg, Austria, after his retirement.

He was dyslexic, and had an extensive car collection that he and his wife drove around regularly.

On 25 August 2019, during dinner with his wife in Aschau near Rosenheim, Oberbayern, Ferdinand Piëch collapsed suddenly and was rushed to a hospital where he was pronounced dead.

The Austrian businessman, Ferdinand Piech, had a net worth of $1 billion at the time of his passing on August 25, 2019, at the age of 82. His 12 children from four women, along with other relatives, today, controls 53 percent of Volkswagen.

Ferdinand’s primary source of major wealth before his death was his own personal 10 percent ownership stake in Porsche. He made sure to spend his money on all the exotic things he loved, including a vast collection of cars which he drove with his wife Ursula. Shortly before his death, in March 2019, Ferdinand splashed the sum of $18.9 million in purchasing a Bugatti called “La Voiture Noire”. The acquisition was recorded as the most expensive new car of all time. He owns several Bugatti Veyrons, Ferraris, and many other luxurious sports cars.