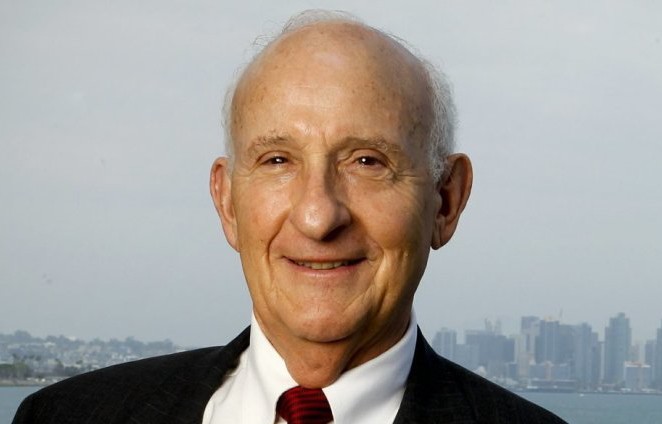 Ernest Rady’s name definitely belongs in any list of the most successful people in the last few decades. He is a hardworking Canadian-American businessman and entrepreneur who has acquired a great fortune from actively engaging in a number of businesses which turned out to be successful and boosted his finances. A former billionaire, Ernest Rady is now regarded as a rare angel who lost his billionaire status by donating so much money to charity. His selflessness led him to establish the charity organization named “The Rady’s Children’s Institute” in San Diego. This institution has received more than $300 million in donations from Rady to date, and he plans to give more even if it means his entire fortune. Though he may not be a billionaire right now, but Ernest Rady net worth positions him as a very wealthy person in today’s world.

Ernest Sylvan Rady was born in August 1937 in Winnipeg, Canada. He was raised by his parents in the midst of his relatives and loved ones. His family equipped him with most of the things he needed until he became an adult and ventured into the field of entrepreneurship. Rady received both his undergraduate and graduate degrees from the University of Manitoba. 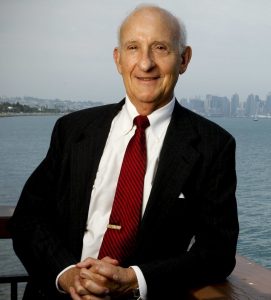 He is the founder, President, and Chief Executive Officer of American Assets Trust. He is also the Chairman of Westcorp (Insurance Company of the West). That company was acquired by Wachovia for $3.9 billion in 2006. In 1966, he founded another company, American Assets. He was previously the part owner of the San Diego Padres team of the Major League Baseball (MLB).

He is also a board member of CalPrivate Bank, The Salk Institute for Biological Studies, and Private Bancorp of America, Inc., as well as the Horatio Alger Association of Distinguished Americans, Inc. and Chancellor’s Associates. He previously held the post of Treasurer and Chairman at Rady Children’s Hospital & Health Center of San Diego, Principal at the San Diego Padres Baseball Club, Director at Wachovia Corp., Chief Executive Officer and Chairman at Western Financial Bank,Chief Executive Officer and Chairman at Westcorp, Inc., Principal at Summit Resources LLC, Chairman for Wells Fargo Dealer Services, Inc., and Principal at Smith Energy Services, Inc.

Mr. Rady is married to Evelyn Rady. A known philanthropist, he has dedicated a huge percentage of all that he has to charity. He donated $30 million to UC, San Diego in 2003, and combined with his wife to donate more than three times that amount in 2018. In 2016, Mr. and Mrs. Rady contributed $60 million towards the establishment of the Rady Children’s Institute for Genomic Medicine at the San Diego Children’s Hospital. They spent another $50 million in 2018 to build the Rady Residence the Salvation Army Door of Hope Rady Campus, and yet again gave out $20 million to Jewish Family Services. For his kindness and love for charity, he has been branded a “rare angel” by the beneficiaries and admirers of his philanthropic works.

Rady’s wealth come from the various businesses he plunged into throughout his lifetime. Looking at the statistics, it’ll not be an overstatement to say that he has achieved tremendous success career-wise. He has occupied a top position in many different companies and most likely received significant salary for his services.

Ernest Rady net worth is pinned at $500 million. His name would have been in the list of the world’s billionaires but Ernest doesn’t care too much for such fame. He rather spends most of his fortune on doing good and helping the less privileged.