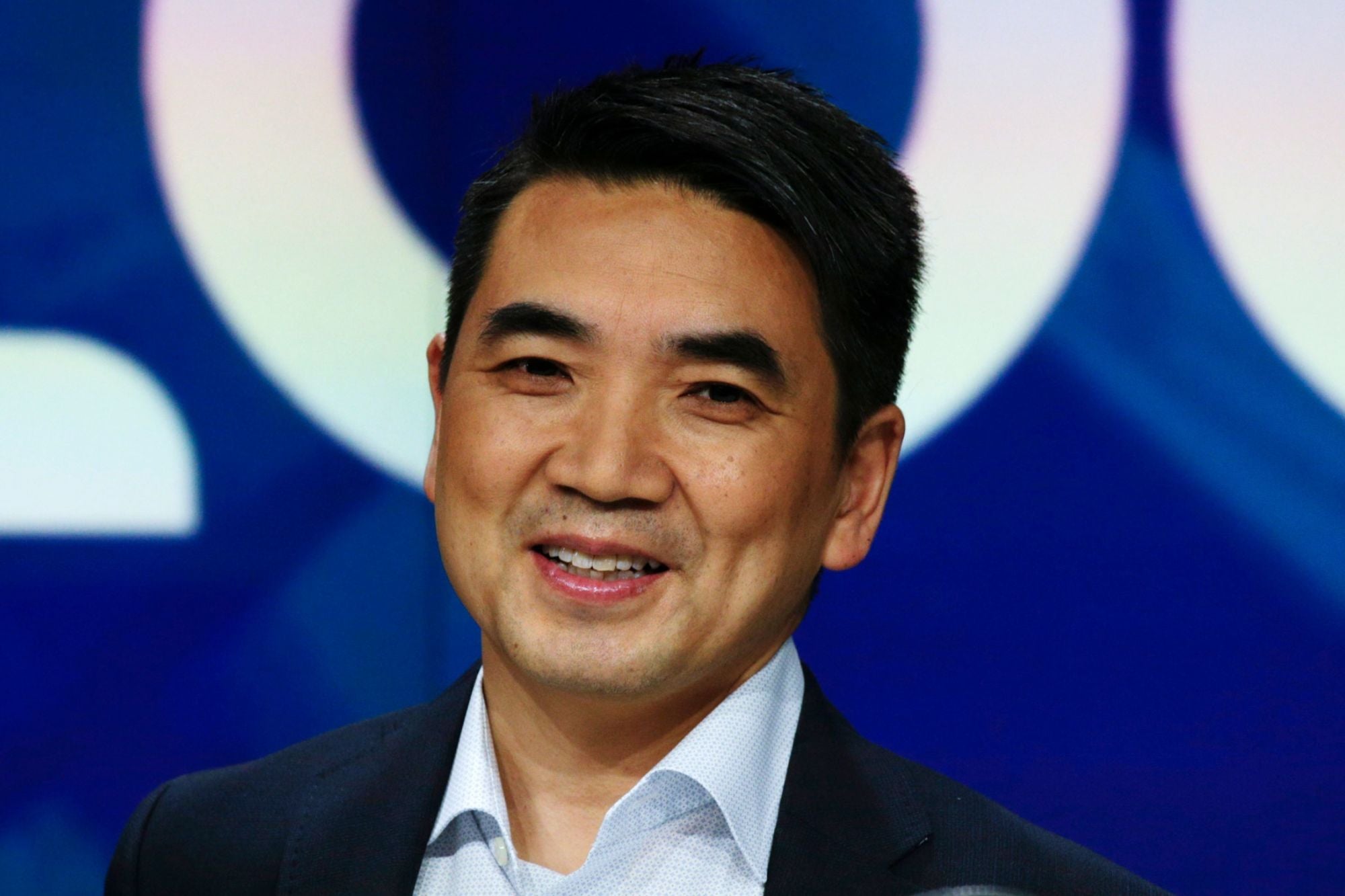 In this success post, we will be discussing the account of Eric Yuan, a successful Chinese Internet Entrepreneur, investor, founder, and business executive from Xuzhou. Eric is best known as the founder and chief executive officer of the world-popular Zoom Company. The 51-year-old Eric started his professional life as a staff of WebEx Company where he eventually rose to the rank of Vice President of Engineering. He was also one of the company’s founding members. He joined the tech organization in August 1997 and remained there until April 2007. In his career, this businessman built the team from an initial 10 engineers to over 800 engineers across the globe. He also contributed to boosting the company in terms of growth, recording a revenue of $700 million from an initial $0. Eric’s monumental fame came with the founding of his company, Zoom Video Communications, despite all that he has accomplished earlier on. Full details can be found below.

Eric S. Yuan was born on 20 February 1970 in Tai’an, Shandong Province, China. He was raised in the city where he was born, by his parents, who were geology engineers.

In 1987, during his first year as a university student, he was inspired to create a videotelephony software while on 10-hour train rides to his girlfriend’s place and was looking for easier ways to “visit” her.

Eric graduated from Shandong University of Science and Technology with a bachelor’s degree in applied mathematics, minoring in computer application. He later attended the China University of Mining & Technology in Beijing for his master’s degree in geology engineering. In addition, he also completed an executive program at Stanford University in 2006.

After completing his master’s degree, Eric Yuan, who lived in Beijing at that time, enrolled for a four-month training program in Japan. After listening to a Bill Gates lecture in Japan in 1995, Eric left China and moved to the United States in 1997 where he settled in Silicon Valley to find himself a space in the tech boom. He spoke very little English at that time and applied on nine occasions before being granted a visa to the U.S.

Upon arriving in the United States, Eric Yuan joined WebEx, a web startup, where he was among the company’s first 20 employees. WebEx was sold to Cisco Systems in 2007, and Eric was made the vice president of engineering.

In 2011, he came up with an idea of a new smartphone-friendly video conferencing app for Cisco management. When the pitch was rejected, he left Cisco to set up his own company, Zoom Video Communications.

In 2019, his company, Zoom, IPO’d and became a public company, instantly making Eric Yuan became a billionaire. His wealth received a huge boost during the COVID-19 pandemic, as his video conferencing app has profited from the shift to online and remote work and teaching.

After starting up his video company from scratch, his product, Zoom, became widely popular and did not just earn Eric Yuan money, but also brought him unexpected recognition and fame.

In 2020, Time magazine named the Chinese techpreneur as “Businessperson of the Year”. He was also included by Time in its list of “100 Most Influential People” of 2020.

When Yuan was 22 years old, he got married to his girlfriend Sherry. He was studying for his master’s degree at the China University of Mining & Technology in Beijing at that time.

Together with his wife, Sherry Yuan, Eric has three children, and the entire family resides in Santa Clara, California.

Eric Yuan, who adopted the middle name “S” after WebEx co-founder Subrah Iyar, became a naturalized US citizen in 2007.

This notable Chinese American businessman, entrepreneur, and inventor makes his money strictly from the tech industry. His net worth of $25 billion has been earned as the founder and chief executive officer of Zoom Video Communications, a company where he owns 19% of the shares. In June 2019 when the company went public, Eric’s stake was worth around $3 billion. A year later, following the Coronavirus breakout, Eric Yuan’s net worth had risen to $14.6 billion. The world came to a standstill during the pandemic in the year 2020. Businesses stopped and a huge population of the world was made to stay indoors. For the first time in many decades, a large population of the worldwide workforce was forced to carry out their work from their homes. Board meetings, personal meetings, lectures, and almost every business that had to do with discussions carried on as usual through Eric’s popular video calling system named Zoom. Yuan’s wealth of $14 billion at the end of 2020 was 360% higher than what he had in his bank account at the beginning of the year.

In March 2021, Mr. Yuan transferred Zoom shares worth $6 billion to Grantor Retained Annuity Trust, of which he is a trustee.