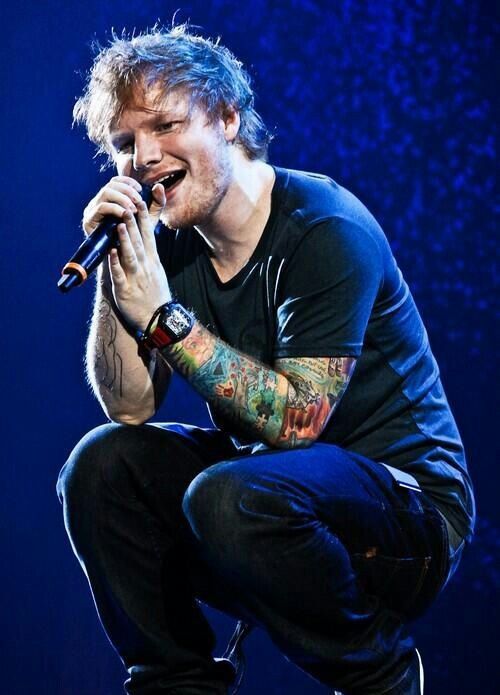 Ed Sheeran is a well known and popular songwriter, singer and record producer. He got his breakthrough in 2011 when he solely released the play, No. 5 Collaborations Project. Since he came into limelight, Ed Sheeran net worth is approximately $160 million.

He released his debut album, after he joined Asylum records in 2011 and was on top of the UK Album Chart. The lead single on that album earned him the British Breakthrough Act and Brit Awards for Best British Male Solo Artist.

After the singer released his second album, X he gained worldwide attention and it became the best selling album globally in 2015. He was also awarded Ivor Novello as the best writer of the year from British Academy of Songwriters.

One of the singles from that song “Thinking Out Loud” got him a Grammy for Best Pop Solo and Song of the Year. Two singles “Castle on the Hill” and “Shape of You” broke records in lots of countries and made top 2 on the US top 10 list.

This made Ed become the first artist to have two singles on the top 10 the same week. Ed Sheeran has released so many singles that have captured the attention of people worldwide. He has sold more than 150 million records which makes him one of the best selling artists in the world.

Ed Sheeran was born on the 17th of February, 1991 as Edward Christopher Sheeran in Halifax, West Yorkshire, the United Kingdom to John Sheeran, a curator and lecture, and Imogen, a publicist and jewel designer.

He has a brother, Matthew, and their family lives in Framlingham, Suffolk. He is of English and Irish descent. His parents owned an art consultancy named “Sheeran Lock”.

As a child, he loved singing and joined the church choir when he was just 4 years. He attended Rishworth School where he learned to play guitar. Ed also went to Thomas Mills Highschool and there was when he started to write songs.

In school, his classmates voted him as the one who is likely to become famous and from the looks of things, he did not disappoint them. When he was a teenager, he got into London’s National Youth Theatre where he auditioned and joined the production of Frankenstein in Plymouth.

The Perfect singer started his career journey when he was a child. At just 11, Sheeran met singer Damien Rice who told him to write his own music, after they met backstage in one of Damien’s shows. After this meeting, he started writing, recording and selling CDs. By the time he was 14 years, he has already completed the first official EP and decided to move to London. He left home with his clothes and guitar with the hopes of finding gigs there.

When he got to London, he began to record and play songs at local events. He even became an open act to big singers like Jay Sean and Nizlopi, and he started releasing albums. He released albums like “Want Some”, “You Need Me” during this period.

In 2010, he posted a video via social media and it got the attention of a rapper named Example. He went on the road with him to be his open act and he gained a fan base online. By 2010, the singer has already created three EPs. His first studio album was X (multiply) which was a big hit and sold more than 1 million copies in the UK in its first six months.

After this, he began to write songs with other big acts like Taylor Swift and One Direction. Another huge success this time came from his song “I See Fire” which even got featured in a movie. His album X became number 1 in the United Kingdom and the United States. One of the singles from the album also won a Grammy award.

His next album was Divide which featured singles like “Castle on the Hill” and “Shape of You” and it featured No. 6 and 1 respectively on the Billboard Hot 100 list. This album broke a record on Spotify by streaming up to 56.7 million in just one day.

In 2017, he released Perfect and another titled Perfect Duet with celebrated singer Beyonce. This song was a very huge hit worldwide. He has earned and won many awards for his songs. His recent song is “I Don’t’ Care” with singer Justin Bieber” which is from his upcoming studio album. Most of these songs have contributed to Ed Sheeran fame & fortune and made the Shape of You singer one of the best artists of all time.

Even if the most part of Ed Sheeran net worth is from his career as a singer, it did not give him all his fortune. He has also made a huge amount of cash from endorsement deals. Most of his songs have been featured in more than 47 movies as soundtracks and this has given him up to $5 million. Another additional $2 million from his songwriting career. He has written songs for singers like Justin Bieber, Taylor Swift, and even groups like One Direction.

Acting has given him about $1 million and he is also an owner of a record label “Gingerbread Man Records.” This singer has worked hard and earned himself a huge fortune. Ed Sheeran also owns a house in London which he purchased for £9 million in 2015. He also bought a flat near his house for his parents for £750,000. He drives a Mini Cooper and Black Mercedes Jeep.

Ed Sheeran networth currently is approximately $200 million (£160 million). This fortune has made him the 17th richest singer in the United Kingdom

Ed Sheeran dated a Scottish singer, Nina Nesbitt for sometime before they broke up in 2012. Some of his songs such as “Photograph” and “Nina” was written about her and she also featured in the video of his song “Drunk”. She also released an album titled “Peroxide” which was mainly about the English singer.

They ended the relationship in 2012. After it ended, Sheeran started dating Athina Andrelos in 2014 and he said she inspired the song “Thinking Out Loud”. They ended their relationship in 2015. Sheeran started dating a childhood friend Cherry Seaborn in 2015 and they both got engaged in January 2018. According to the singer, she inspired the song “Perfect” and then in January 2019 they both tied the knot.

In 2011, the singer bought a farmhouse near where he grew up as a child. He said he hopes to raise his own family there. He is also a very good friend with singer Taylor Swift and has collaborated in some of her albums. 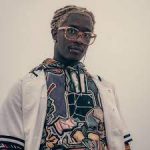 Young Thug Net Worth, Biography and Career
Next Article 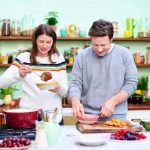