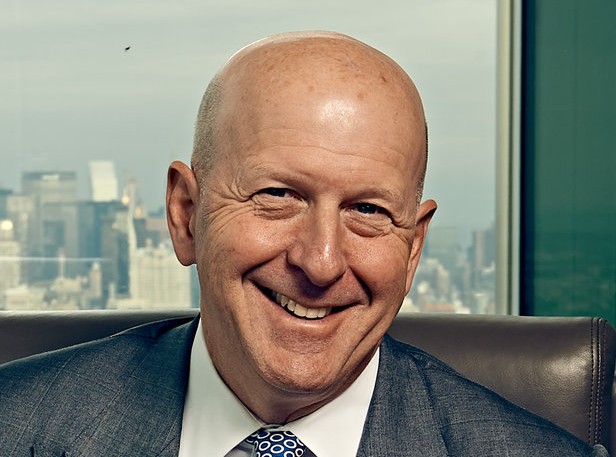 David Solomon is an American investment banker who also doubles as a record producer and DJ. He currently serves as the chairman and chief executive officer of Goldman Sachs, taking up each position since January 2019 and October 2018 respectively. Prior to this, he served as joint head of the investment banking unit from July 2006 to December 2016, and chief operating officer and president from January 2017 to September 2018. In July 2018, he was named chief executive officer, succeeding Lloyd Blankfein on October 1, 2018, and was installed as chairman after Blankfein’s retirement. Away from his investment banking job, Solomon recreationally produces music records under the stage name DJ D-Sol. He has performed at music festivals and nightclubs around Miami, New York, and The Bahamas. This man seems to be living the dream life through his professional career where he earns from his fulltime job as an investment banker and also makes an income from doing music. Here’s an article on David Solomon’s biography, profession and earnings from all that he does. Simply scroll down for all that you need to know about the interesting and intriguing life of this multi-skilled individual.

David Michael Solomon was born in Hartsdale, New York, United States sometime in 1962. He was born to Jewish parents Alan Solomon and Sandra. While his mother worked as an audiology supervisor his father served as the executive vice president of a publishing company.

David was in Scarsdale, New York where he schooled at Edgemont Junior/Senior High School and also spent some time working at a local Baskin Robbins before getting hired as a camp counselor in New Hampshire. He attended Hamilton College in Clinton, New York, graduating with his Bachelor of Arts degree in political science & government. As a college student, he chaired his social fraternity, Alpha Delta Phi and played on the rugby team.

After completing his college education, he applied for a two-year analyst position at Goldman Sachs but was rejected, so he applied to Irving Trust instead, and started his career with them.

After working for Irving Trust, he moved to work for Drexel Burnham in 1986. Here, he started working as a commercial paper salesman but was later shifted to work with junk bonds. His experience with high-yield debt prompted him to take up a position at Bear Stearns.  At Bear Stearns David was responsible for leading the junk bonds department and selling higher-risk bonds. In one instance, he helped a struggling movie theater firm in Texas, to raise funds through a “complicated bond transaction”.

David Solomon worked with several managers of Goldman Sachs during the late 1990s and it inspired his move to the company in 1999 to work as a partner of their leveraged finance team. He joined the firm as an experienced and ambitious 37 years old man. His move from Bear Stearns took contemporaries by surprise, as they believed he was on the path of leadership at Bear. Starting in 2006, David was promoted to Goldman Sachs’ investment banking division and he spent the next decade leading and controlling it.

After Gary Cohn resigned from the company to become President Donald Trump’s Chief Economic Advisor, Solomon was promoted to president in December 2016. In the same time, he was made co- chief operating officer together with Harvey Schwartz. In his reign as leader at Goldman, the bank made some key changes in the way they operated, such as created a “real-time performance review” system for new intakes, increased pay for programmers, modernized computer systems, loosened dress codes, and instituted video interviews. In October 2018, David Solomon became the chief executive officer of the firm.

Away from his investment banking job, Solomon recreationally produces music records under the stage name DJ D-Sol. He is a disc jockey associated with producing electronic dance music (EDM). He has performed at music festivals and nightclubs around Miami, New York, and The Bahamas. In June 2018, he released his debut single “Don’t Stop” under Crowd Records. The track debuted at No. 39 on the Billboard electronic dance music charts. His Spotify profile has nearly 600,000 monthly listeners and his debut single has amassed more than a million listens.

He has also served on the board of trustees of Hamilton College since 2005. He is also on the board of directors of the charity organization, Robin Hood Foundation, which exists to help alleviate problems caused by poverty in the city of New York City.

David Solomon and Mary Elizabeth Coffey were both 27 years of age when they got married in 1989. Their marriage took place in Bernardsville, New Jersey, and came to an end with a divorce in 2018. He has been single since then.

In January 2018, Solomon found out that his personal assistant Nicolas DeMeyer had stolen about 500 bottles from his wine collection, among them, 7 from the French estate Domaine de la Romanee-Conti. The personal assistant was arrested before the month ran out and indicted for the theft of wine valued at $1.2 million. On October 9, 2018 Nicolas committed suicide by jumping from the 33rd floor window of the Carlyle Hotel, moments after it was planned that he would appear before a judge in relation to the alleged crime.

This company executive has made a name for himself by transforming the Goldman Sachs Company and other firms where he led from top position. Under his administration, he made sure to introduce new policies that turned out useful and profitable for the companies he worked with. He is known to be an American investment banker who also doubles as a record producer and DJ. He currently serves as the chairman and chief executive officer of Goldman Sachs, taking up each position since January 2019 and October 2018 respectively. Prior to this, he served as joint head of the investment banking unit from July 2006 to December 2016, and chief operating officer and president from January 2017 to September 2018. In July 2018, he was named chief executive officer, succeeding Lloyd Blankfein on October 1, 2018, and was installed as chairman after Blankfein’s retirement. Deeply involved in making electronic dance music, David Solomon net worth of $100 million has been made from his salary as a business executive and also from his earnings in his music career.

In 2016 he listed his home in New York City for $24 million. He also listed his estate in Aspen, Colorado for $36 million. This is a property he purchased back in 2004 for $4 million. As of this writing, he owns 230,000 shares of Goldman Sachs. His stake is said to be worth more than $50 million before taxes at a price of roughly $210 per share.