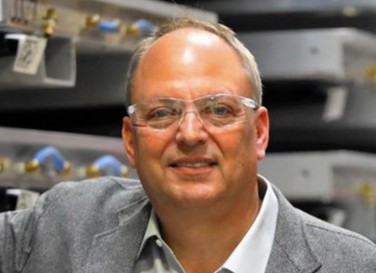 David MacNeil is the President and Chief Executive Officer of the MacNeil Automotive Products Ltd., well-known for its WeatherTech floor mats. He is an alumnus of Dominican University and holds an honorary doctorate degree from the same institution. He founded his brand WeatherTech, well known for its famous line of truck and car mats, in 1989 as well as its usage of only American-made parts. Today, his company is worth a multimillion-dollar. It has become a vertically integrated business producing a wide variety of high-end automotive accessories. David MacNeil net worth has been highly influenced by his businesses, so here’s a bit about his company’s success and how the CEO has managed to maintain his rigid made in America promise.

David was born in the United States on 29 March 1959. He spent his childhood growing up in several parts of the country while attending various educational institutions. He graduated from Dominican University where he earned his bachelor’s degree, and later on, an honorary doctorate. 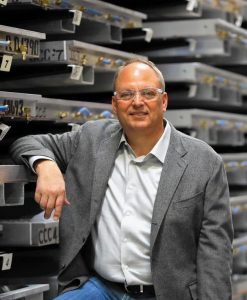 MacNeil is the founder, owner, president, and Chief Executive Officer of WeatherTech. He founded the company in 1989 while living in his house in Clarendon Hills, Illinois, Chicago. Unsatisfied with what circulated the markets as “automotive floor mats”, his company started the importation of mats from Europe, particularly England. However, the entrepreneur was convinced that he could make better products in his own country America, using American staff. In 2007, he decided to move production of his line of automotive accessories to America where he opened facilities within the suburbs of Chicago. Since then, his company WeatherTech has expanded operations reasonably. The company has been establishing more facilities, developing new and better products and creating employment opportunities for Americans from every walk of life. David MacNeil and his company are highly dedicated to investing in the United States manufacturing industry, and also the country’s economy. In his words, “We build, buy and hire American… Is this not the way it’s supposed to be?”.

MacNeil’s name has made rounds as the man who from importing mats decided to manufacture his own mats in his country under the name of the company he founded. Since his company, WeatherTech, kicked off productions, the brand has gone beyond producing mats for cars and trucks. They’ve since expanded to produce different accessories such as seat protectors, mud flaps, pick-up bed liners, trunk/boot liners, and also a pet feeding system designed to protect pets from dangerous toxins, prompted by the death of three of MacNeil’s dogs caused by cancer.

He has always been vocal in encouraging American companies to manufacture in America, as his own company does, and famously ran an advertisement at the 2014 Super Bowl to hit home the message. The advert showed an entrepreneur who reached success despite supposedly defying all odds by manufacturing in the United States.

Apart from establishing the WeatherTech company, David MacNeil also raced for many years. He even competed in the 12 Hours of Sebring, but in the early 2000s, he took a break to focus on flying. As soon as he had attained top-level Airline Transport Pilot certificate, he went back to racing in 2007.

In David’s book of achievements, it is there that he is one of the richest men in America. He found his path to fortune and ventured into it without looking back, and today, his business is booming and has become a global brand. The Dominican University has happily announced the naming of the Elizabeth T. MacNeil School of Nursing in appreciation of a gift by David MacNeil, the Chief Executive Officer of MacNeil Automotive (WeatherTech), in honor of his mother, who died a pediatric nurse and teacher. The institution also awarded him a honorary doctorate in recognition of his contributions.

Mr. MacNeil is a proud father of three. He has long divorced his wife and nothing else has been heard about his private life since then. One of his children, Cooper MacNeil is a race car driver, and is one of the team Le Mans drivers.

MacNeil is a known American businessman and entrepreneur famed as the founder and Chief Executive Officer of WeatherTech where he is also president. He is also a car collector, auto racer, and sponsor of Laguna Seca racetrack. His company, WeatherTech, is specialized in the production of accessories for vehicles.

A lover of auto racing, David is also the owner of the WeatherTech racing team. He previously served as the vice president of United States sales for AMG. He began the production floor mats for vehicles after some years of importing from overseas and also ran a viral advertisement for his company in 2014.

The business not only love races but also loves cars, and owns several of them. In 2019, he acquired a 1963 Ferrari 250 GTO GT for a whooping $70 million. He also owns a yacht worth $80 million yacht and a 2016 Gulfstream G280 jet which has a list price of $25 million. Additionally, he owns an ab airbus H145, two Airbus H125 helis, and a Cessna CJ4 built in 2018. MacNeil is an Airline Transport Pilot with several Type Ratings, which includes Commercial Rotary Wing ratings. He will always be remembered for his $6 million donation to University of Wisconsin’s School of Veterinary Medicine in 2020.

David MacNeil net worth is slightly over $1 billion. He lives in a home in Fort Lauderdale, Florida, United States.